As we shed winter coats and layers as days grow longer and warmer, as we delight in the tingling sun beating on our exposed skin, we’re confronted with a round of stories that remind us: our bodies are not our own.

In the same month that we saw yet another example of furor over the hijab, seen by some as a symbol of oppression for encouraging women to cover up, we also saw the “leggings ban,” thanks to United Airlines, which considers them “inappropriate” for being too revealing. As warmer weather arrives, stories of schools punishing young girls for what they wear are becoming more frequent.

As if a tank top ban and a short dress ban weren’t enough, we now also have the “exposed underarms ban.” Colleges, too, have jumped on the bandwagon, with the College of Charleston recently kicking out a student for wearing a crop top to the gym.

Certainly, United Airlines isn’t the first to establish a dress code — though it appears to be the first airline to have enforced one. And Andress High School in Texas isn’t the first school to impose a dress code — though the ban on underarms seems to be a new twist. As a sociologist, I find myself interested in the bigger picture rather than the particulars of these incidents. That is, it’s not about whether organizations have a right to enforce dress codes. The more “revealing” question is whether or not dress codes target women and girls disproportionately, and what the effect is on us, culturally. After all, such dress codes aren’t an anomaly; we see this in schools all over the country.

Some of the basics of dress codes, it seems, have to do with the length and tightness of clothes. No “form fitting lycra or spandex, tops, pants, or dresses” or anything that is “inappropriately revealing.” In the category of “inappropriately revealing” is often the length of shorts, skirts, and dresses (no higher than 3 inches above the knees), the width of straps for tops (three fingers wide or so; width of fingers not specified), the depth of a neckline (no décolleté), and the tightness of pants (regardless of material).

If we match these requirements with clothing, it becomes clear that most of these restrictions are aimed at women and girls. Men’s clothing is generally loose and their shorts are hardly ever much higher than their knees (Magnum PI fashion not withstanding). Pants, including dress pants, for women, are often form-fitting and their shorts are almost always much higher than their knees. With the addition of spandex into all kinds of materials, and the introduction of jegging, and treggings into our vocabularies and wardrobes, it is becoming nearly impossible for women and girls to find pants that aren’t tight, or at least form-fitting. This isn’t to say that there is anything wrong with these styles; jeggings and leggings are popular because they are extremely comfortable. It’s simply to point out that most dress codes target what seem to be mainstream clothes for women and girls.

Further, what is “inappropriately revealing” on a woman, is completely acceptable on a man, as any woman who has mowed her lawn in clothes, while her male neighbor mows shirtless, will attest to.

To be sure, many dress codes aim at establishing and setting the tone for a corporate or school culture, such as formal business attire versus jeans-and-t-shirt casual. But stigmatizing mainstream clothing items for women, and not trusting us with the judgment to appropriately dress ourselves while simultaneously placing the responsibility on us for the potential discomfort of others doesn’t add up.

What are the consequences of such dress codes, which, while seemingly neutral, affect women and girls disproportionately? For one, girls learn from a young age that their bodies are to be disciplined and surveilled not just by themselves, but by others — peers and adults alike. They learn that their bodies, simply by being female bodies, attract attention and entice in a way that men’s bodies don’t. And that it is their responsibility, not the gazer’s, to manage and avert that kind of attention.

The lessons are learned early on in life. Girls, as young as preschoolers, start to understand that their play should not be too rough, and their bodies properly contained so that they don’t risk lifting up their dress or skirt, or revealing their midriff and calling unwanted attention to their “improper” display of their bodies. And they learn early that their bodies are shameful and problematic.

By policing our clothing and bodies, and conveying again and again our responsibility to manage the behavior of others, girls and women learn to make their bodies as inconspicuous as possible — crossing our legs, intertwining our arms and squeezing our hands between our knees, hunching our shoulders, and taking up as little room as possible. All so that the world would forget we exist, or so as to appear non-threatening, or to insure being left alone.

Dress codes aren’t neutral. Neither is their impact. As long as we have dress codes, girls and women will feel the shame and embarrassment of a teacher, coach, colleague, or boss eyeing us from top to bottom, in the guise of checking for “appropriate” clothing, as if our bodies were a product on the assembly line waiting to be stamped with their approval.

It’s not women’s clothing that’s the problem. It’s the fact that behind such policies is a damaging and retrogressive belief about women and their sexuality: that women, like modern day Sirens, lead good men astray. 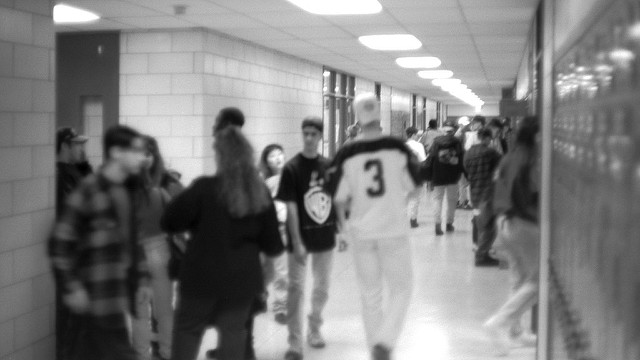