Whether you followed this election season with amusement or with horror, one question has probably crossed your mind. Why does Donald Trump do what he does; why does he say what he says?

As doctors who study brain chemistry and its influence on personality and decision-making, allow us to wade into this conundrum, on the eve of its probable disappearance from daily discourse. First, let’s take a step back. Do any of us have agency over the particular actions of our brains? Probably not as much as we might think or would like to have. The energy conscious human brain prefers not to deliberate because thinking deeply requires too many calculations and burns too many calories (yes, literally). So when deciding what to say or do we rely on habit, the way we are used to responding to a situation or idea. Nietzsche referred to free will as “a theologian’s artifice,” a concept cobbled together to permit us moral cover when we find it necessary to “judge and punish.” Sam Harris in his book Free Will believes conscious choice to be but a wishful fantasy. But you don’t have to go as far as Nietszche and Harris to believe that what comes out of Donald Trump’s mouth most of the time originates more from the area of his so-called gut than from an area known for fine reasoning. And you would be right. Trump’s gut is a prisoner of his neural habits and his words and deeds are dictated by his unique and inherited brain chemistry, by what might be referred to as his neurotype. Our brain chemistry is determined in our gut’s biome, the delicate bacterial balance passed on by our parents that, among other functions, even directs our immune response.

Of course we’ve long known the nervous system has two core branches, one responsible for activation and getting us going — sex, eating, doing, and the other branch that tamps down the stimulation and returns calm to the system. In the vernacular of neurochemistry, the engine side of the nervous system is comprised of a team of neurotransmitters and captained by Dopamine, while the braking side is captained by the neurotransmitter Serotonin. We all possess genetic imbalances within and between each of these systems. The stronger imbalance wins and determines how we cope with stress and modulate discomfort. During times of heightened stress, conscious intentionality falls prey to the default mode of unconscious strategies (habits) deployed by our brain chemistry. The greater the magnitude of the imbalance, the greater will be the sway and reliance on habit.

Psychologists used to divide personalities into introverts and extroverts (terms created by Carl Jung), and, a little later, into types A and B (terms popularized by Meyer Friedman in his best-selling 1996 book). While useful in their day, these distinctions have all but lost their utility in part because our understanding of brain science now offers us a more nuanced way of recognizing and treating personality types, which we now divide into S-Types and D-Types.

S-Types tend to be reflective in nature, look to internal solutions and explanations for problems, hold in feelings of anger, and may be reserved and introverted. More inclined to say no than yes, they modulate discomfort by avoiding the possibility of punishment, are able to delay gratification, and are risk averse. Because they are more anxious, S-Types are flexible to change and ever vigilant to covering their backsides. Cautious, they think before they act, pay close attention to detail, but can get lost in minutia. Because they are often anxious, they are prone to such sexual dysfunctions as difficulty reaching orgasm, sustaining an erection, or premature ejaculation.

Their D-Type counterparts are more extraverted and expressive, look for external solutions and explanations to address issues, and let their anger out and indulge aggression. D-Types are highly motivated by the carrot of reward, are more impulsive and risk tolerant.  They tend to react quickly and before they have all the facts and are relatively inattentive to detail, drawn to headlines rather than bullet points. D-Types can be rigid, look to the past to inform the future, and are resistant to change. Driven by the dopamine hit of release and reward, D-types are vulnerable to a variety of addictions, including gambling, food, and sex.

Both neurotypes possess strengths and weaknesses when the brain chemical imbalances are small. But when the neurotransmitter imbalance is pronounced, the associated tendencies shift from the subtle to the rigidly predictable and self-defeating. Stress dials up these inherent proclivities and great stress accelerates their expression exponentially. Because he is in the midst of what is undoubtedly the most stressful period of his life, Donald Trump is a D-Type on steroids.

It would not be pleasant living within Trump’s skin for he, no doubt, lives in a beleaguered world of externally imposed obstacles. Chronically itchy and irritating, the chemical imbalance he possesses crushes degrees of behavioral freedom and ensures a state of inner wretchedness and aloneness. Only by overriding the brain’s insistence upon comfort are we able to eek out free will, what there is of it. That kind of heavy lifting is totally anathema to Trump. Born to be volatile and with little inclination for looking inward, he lacks the ability to learn from his mistakes. We learn from our mistakes by acknowledging them as our own and that requires contemplative thought, an accurate read of our impact upon others, and personal responsibility. Trump’s disconnect with his own emotions leaves him stumped with anything other than fear and anger. And the willingness to act upon them without thought of consequence.

The cheese in the traps of D-Types is behavior that stimulates a release of dopamine, and nothing promises that seductive hit quite like the anticipation of pleasure — even more than the arrival and presence of that pleasure. For this reason, D-Types are prone to addictive behavior. By his own admission, Trump has the hallmarks of a sex addict, a known D-Type vulnerability. Sex addiction has nothing to do with intimacy and lovemaking; it is an emotional disconnect, the sole purpose of which is to produce a release of dopamine in the brain. Sex addicts are usually not rapists or grabbers, although those with the greatest feelings of anger and entitlement sometimes do those things. Where guilt and self-criticism are S-Types hallmarks, denial is a default tactic for D-Types. So when you think it extremely unlikely that Trump doesn’t know any of his female accusers, you are most likely right.

Those who are blind to their neural habits will be the people most ruled by them. A heightened D-Type such as Trump will use blame and anger whenever he is in doubt, or when he doubts himself (all the more convincing and self covering). Among the people and things he had blamed for his own deficiencies are: moderators, microphones, rigged systems and polls, the media, the judiciary, and even the invention of some shadowy global banking syndicate attempting to bring him to heel. The greater his fear of performing poorly and losing the election, the more amped up and bizarre are his accusations. Hillary is somehow responsible for her husband’s philandering? Is then Melania responsible for Trump’s boasting about how easy it is to exploit his celebrity to sexually assault women?

Like many D-Types, Trump thinks broadly and is not good with specifics. Headlines he knows, bullet points, not so much. D-Types find nuance inconvenient and sweep away the detail. His apocalyptic frame is a perfect fit for such inaccurate, either/or thinking: “If I win, we make American great again; if Hillary wins, we lose the country.”

Poor impulse control and risky behavior are both D-Type traits and have been pitfalls for Trump for most of his adult life. Risky bets that end in bankruptcy is a prime outcome for this kind of behavior. Trump thrives on the adrenalin rush of improvisation and Trump always prefers the high wire. When you’re going for a dopamine hit, the more daring and provocative the better. Hence, his threatening Hillary with jail time, condemning the press, and saying he will accept the results of the election only if he wins. For Trump, the fomenting of violence without ever being held accountable is like a constant Dopamine drip, promising to pay off in all sorts of surprising and (to him) delightful ways.

While Trump has given voice to anger, that is but one note in the melody of our country. Trump isn’t angry for the people; he’s just a sad man, indulging his brain chemicals and flailing as he circles an inevitable drain. He couldn’t lose the election because of the thousand and one self-inflicted injuries, it could only be due to a systemic conspiracy against him. His solipsistic worldview makes it impossible for him to trade his own feelings of disappointment for the protection of our democratic process. What better way to hide the fact that he’s fouled his own nest than to burn down the tree.

Connell Cowan, Ph.D. and David Kipper M.D., are at work on a book about neurotypes called Override. 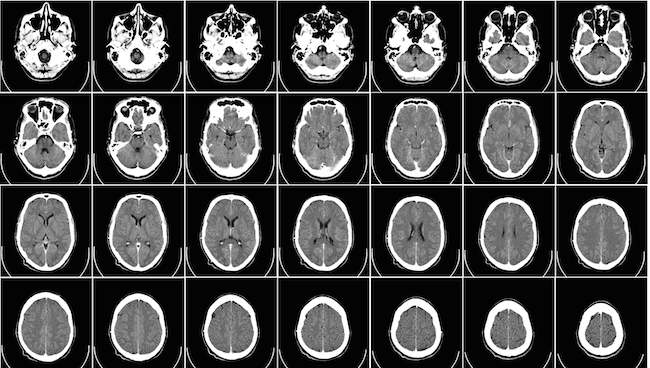