What did the Los Angeles Dodgers purchase with their $102 million three-year contract with pitcher Trevor Bauer, making him baseball’s highest-paid player? If you ask Dodger management and local sports pundits, they’ll say they bought another World Series Championship to go along with last year’s. To an already first-rate pitching staff, they’ve now added the 2020 National League Cy Young Award, and a local boy who attended William S. Hart High School in Santa Clarita and then UCLA.

But it is also clear that in addition to a first-class pitching arm, they may also have acquired a whole lot of locker room trouble and public controversy. Bauer describes himself as being good at two things: “throwing baseballs and pissing people off.” If he continues the behavior he displayed when he played for Phoenix, Cleveland, and Cincinnati, he’ll discover that Los Angeles fans won’t find his antics all that amusing. Besides his baseball cleats and glove, Bauer comes with a lot of unwelcome baggage. If he carries it into the Dodger clubhouse, it could undermine the team’s unity and mutual support.

Bauer seems to take pride in what he has described as his “honesty.” He claims that, unlike most other ballplayers, he is willing to “tell it like it is,” consequences be damned. And just what are the brave truths that Bauer will speak while other players stay silent?

He illustrated his “straight-talking” in February of 2017, when he responded to a Twitter correspondent who opposed the name Cleveland Indians and called the team’s mascot, Chief Wahoo, a “racist caricature” of Native Americans. Bauer wrote  that he had “never met a single Native American yet who thinks it’s racist. Shut up.” And yet, Bauer was coincidentally with the Cleveland Indians in 2016 when hundreds of Native American activists protested the Chief Wahoo logo outside the team’s ballpark, Progressive Field, during a World Series game.

Indeed, Bauer seems unable to keep his hands off the ill-advised “Tweet” button. He has tweeted that “the climate changed before humans and will change after. For us to think we can control it is extremely ego centric,” and that President Trump’s ban on Muslims entering the United States was the “exact same ban” that President Obama instituted. He also took to social media to denounce Apple and Twitter for flooding his cell phone with “liberal slanted anti-Trump articles. Fair and equal reporting? No?”

In 2019, Bauer demonstrated his masculine charm and thick skin by twitter harassing a young female Houston Astros fan after she tweeted that Bauer was her “least favorite person in all sports.” He kept up the attack for 24 hours, according to Sports Illustrated, by tagging her in 80 separate tweets for his 134,000 followers to see.

No one thinks that Bauer should be banned from professional baseball because of his political beliefs. And nobody believes that just because the Dodgers play in one of the nation’s most liberal-leaning regions (Los Angeles County voters favored  Biden over Trump by a 71% to 27% margin) that players must forfeit their First Amendment rights. But Bauer should recognize that his comments are fair game for criticism among people who find his political views offensive and his behavior obnoxious.

Other star athletes have owned their political communications with far greater tact and finesse. When Los Angeles Lakers star LeBron James spoke out against police violence and spent his own money to register voters, he took open questions from the press. For years, the outspoken former Washington and Oakland (and now Reds) pitcher Sean Doolittle criticized President Trump’s asylum policy, sexist comments, and racist remarks after the Charlottesville riot, and challenged homophobic and racist comments by other MLB players. He supported his views by working with the LGBTQ community, veterans, and immigrant rights and refugee groups.

Once Bauer arrives in Los Angeles’ huge media market, he will have ample opportunity to defend President Trump, question the reality of global warming, and subject women to demeaning twitter attacks. But Los Angeles isn’t Cincinnati, Cleveland, or Phoenix. Los Angeles journalists and Dodger fans are brutally honest when they think a celebrity is disrespectful, hurtful, or simply out of his or her league.

Southern California is the home of Jackie Robinson, Rafer Johnson, Billie Jean King, Kareem Abdul-Jabbar, and Bill Walton, who are remembered as much for their liberal values and commitment to equality as for their athletic achievements. And the Dodgers have always prided themselves on being more than just a baseball club. Jackie Robinson’s number 42 still hangs on Dodger Stadium’s right field wall, a reminder that the team’s proudest moment was when he broke baseball’s color line with the Brooklyn Dodgers in 1947. Other past and present Dodgers have impressive track records of supporting social justice. Players get paid to win games, sure, but Dodger fans also expect them to represent the city.

Professional ballplayers and managers will tell you that a team’s chemistry is critical for success.  Mookie Betts, acquired from the Boston Red Sox in a 2020 trade, made the difference in finally bringing the Dodgers a World Series championship last year after a 32-year dry spell. After a Minneapolis policeman murdered George Floyd last May, it was Betts who stepped forward and insisted that the Dodgers cancel their scheduled game with the San Francisco Giants as a protest. “Change needs to be made,” Betts said, explaining that he would “use my platform” to do what he could. The rest of the Dodgers supported him and came together as a team.

Perhaps Bauer will mature. Fans should at least give him a chance. Maybe Betts or Clayton Kershaw will have a talk with him. But I wouldn’t hold my breath. Bullies persist in their outrageous behavior when they feel like they have the upper hand and when there are no consequences for their actions. Welcome to Los Angeles, Trevor. We have more exacting standards of honesty and bravery here.

Kelly Candaele produced the documentary film A League of Their Own, about his mother’s years as a professional baseball player in the All-American Girls Professional Baseball League. Peter Dreier, a professor of politics at Occidental College, is coauthor (with Robert Elias) of Baseball Rebels: The Reformers and Radicals Who Shook Up the Game and Changed America, which will be published next year. 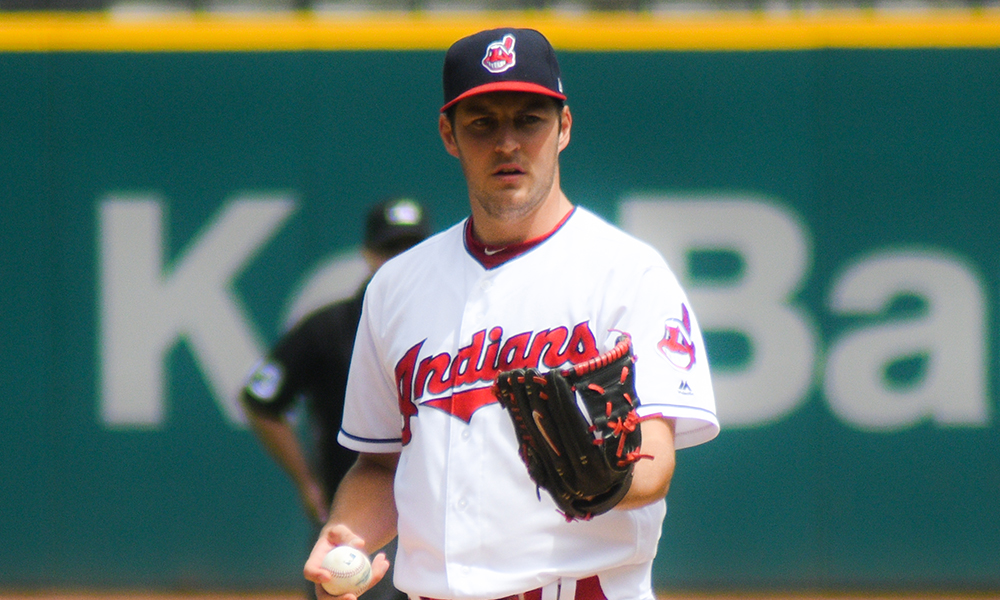