Free at last. From June until Oscar voting, the Academy streamed me 255 documentaries: Pavarotti to Putin to pachyderms to proof dark matter doesn’t exist. I committed to seeing 38 of them, and the rest were up to me. They lurked on the Academy streaming channel, beckoning. Was this a blessing or a curse?

Forty-five years ago I met my wife making a 15-minute documentary about her place of work, the Exploratorium in San Francisco. An ode to curiosity, a celebratory film showing how art and science shape perception. It was nominated for an Oscar, alongside one on cute insects and another called Naked Yoga. Cute insects won. That’s a vanished time.

We’re in a golden age for the medium. In the digital era nothing’s invisible any more, and “#OscarsSoWhite” is meaningless here. Documentaries come from everywhere, they’re made by everyone, and they bring us the world on its own terms, vivid and fresh. So I’d click on a seductive still and stream into a real person’s actual crisis. Soon I’m caught in life’s fickle volatility. I can’t just toss it aside. So I watch it end to end, and the next and the next. But when my wife comes home from a hard day at the office there are precious few she’ll sit through, even if I rub her feet. Because let’s face it, in their truest, purest form documentaries are downers.

Winston Churchill said that history is written by the winners. Well, I can certify that documentaries are made by the losers. Above all else, they’re the final cry of impotent rage from those whose only revenge is to shine a light on their injustice. In the final phase of judging for the nomination, the 15 short-listed features included an Orwellian account of the destruction of democracy in Brazil (edging out one on the destruction of democracy in the Philippines); two unforgettable pieces on women trapped with children under siege in Syria (one a pediatrician confronting victims of chlorine gas); the greed and emotional exploitation driving the One Child campaign in China, filmed by one-child children; and how a Chinese owner uproots the cherished American values of workers in Ohio. The 10 short-film finalists featured the victims of death squads in the Philippines, helpless homeless from Puerto Rico’s Hurricane, grieving parents of hundreds of children killed by government ineptitude in a South Korean ferry disaster, and from Sweden children passing into months-long comas under the stress and uncertainty of immigration.

Important films, sharp-eyed, honestly told through gritted teeth, teasing out the humanity in the horror. Well chosen as the best of the best. How can Pavarotti compete with that? But “wrenching” does not begin to do them justice. Not clever stories, but horrific events happening before our eyes to actual people. How can my wife be expected to willingly subject herself to such a grueling emotional slog?

And yet, I’m urging you to put yourself through the pain. Documentaries are poor at conveying hard facts. We forget numbers as they flit by, and even images can be faked. In the end, we only retain what confirms our own prejudices. On the other hand, documentaries are the only mirror for reflecting what can’t come through on the page and is only imitated in drama: the depth and complexity of true emotion. No author’s description, no Meryl Streep portrayal, is as fully real as the face of a parent remembering her dead child.

Albert Camus said that Americans refuse to accept that life is essentially tragic. These films won’t let us forget that. They show us the mess we’ve made of the world. But they also force us to see the fundamental humanity we all share. Because the losers have to keep going. They have no other choice. They show us unimaginable strength. How, facing the futility of hope, they still hope because that’s all they can do. Movies do many things, but I maintain that these glimpses of our bedrock humanity are their greatest gift.

At the Oscars this year, the chosen short was Skateboarding in a War Zone. A fine film but far from the most affecting. I wager it won because it was the easiest to watch: it offered hope as a real possibility. I urge you to try the films that don’t.

The Edge of Democracy (Brazil)

For Sama and The Cave (Syria)

In the Absence (South Korea)

Jon Boorstin is the author of Mabel and Me: A Novel about the Movies. His documentary Exploratorium is posted in full, at no charge, on the Academy/National Film Preservation YouTube channel here. 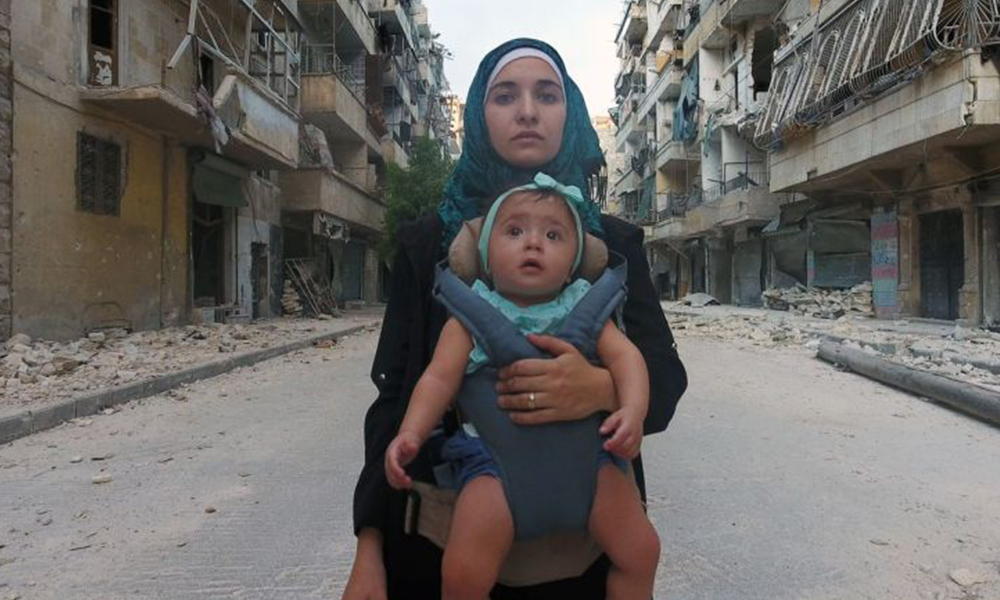