But in light of the fallout from his extortionate, impeachment-worthy phone call with the president of Ukraine, and noting the repellent hoods at the heart of the scandal — Giuliani, Pompeo, Perry, Mulvaney, Parnas, Fruman, and the rest — Trump increasingly resembles one loathsome fictional figure, in particular: Oliver Twist‘s manipulator of larcenous minions, Fagin. And the fact that Fagin is a slum-dwelling, 19th-century English Jew (with Shylock and Svengali, he comprises English Lit’s Unholy Trinity of Semitic villains), and Trump is a 21st-century far-white American plutocrat? No matter. They are, uncannily, odious brothers from other mothers.

Consider, for example, Fagin’s and Trump’s shared spasmodic temperament: each is shifty and fawning one moment, belligerent and insulting the next. Such instability might be driven by mental illness, or it could be a pathological schemer’s strategy for keeping allies off-balance and foes at bay. In truth, it’s probably a bit of both. The point is that no one in Trump’s or Fagin’s circle can be certain which persona, the Unctuous Flatterer or the Raving Debaser, will appear next.

Or consider that in Fagin we have a gangster who has long cultivated a crew of grifters and bootlickers while somehow convincing them to say and do whatever it takes to protect the Boss.

In Trump — pretty much the same.

In Fagin we have a paranoiac who offers misfits and mediocrities a ready-made community where greed, envy, and back-stabbings are coins of the realm.

In Trump’s White House, from day one — ditto.

And then there are Fagin’s and Trump’s weirdly similar, toxic utterances.

“What a fine thing capital punishment is!” — Fagin, on how the death penalty silences everyone, including colleagues who might “bring awkward stories to light.”

“Bring back the death penalty!” — Trump, in an open letter to newspapers after the 1989 “Central Park jogger” attack: a case that resulted in wrongful convictions of five young men of color. Trump’s fanning the flames in that volatile scenario, meanwhile, neatly anticipated his later role as the loudest and most obnoxious of the racist, fringe-right “birthers.”

“If you want revenge on those that treat you like a dog, come to me.” — Fagin, seeking to convince a young prostitute that he has her interests at heart.

“I love getting even when I get screwed by someone… Always get even. You need to screw them back 15 times harder.” — Trump, exalting revenge as a core ethic.

“One pound… that’s what I never gave yet for any job of work where there wasn’t valuable consideration to be gained.” — Fagin, boasting that he never tackles an endeavor that cannot materially benefit him.

“I’m very greedy. I’ve always been greedy.” — Trump, boasting of his lifelong venality to enraptured fans at a 2016 rally in Iowa.

“My dear.” — Fagin’s glib, icky catch-phrase, addressed to those he despises and fears.

“Beautiful.” — Trump’s all-purpose adjective, with which he has modified an astonishing variety of nouns, from chocolate cake, Confederate statues, his border wall, and coal to Belgium (which he once characterized as a “beautiful city”), American tax dollars, and the White House phone system.

Finally, it’s worth noting the irony of Donald Trump resembling any Jewish figure, historical or literary. After all, who can forget the skin-crawling moment when the President of the United States offered flaccid condemnation of torch-bearing goons in Charlottesville — goons chanting a slogan that might have been penned by everyone’s favorite club-footed homunculus, Joseph Goebbels: “Jews will not replace us!”

More examples abound of the ways in which Fagin and Trump are ethical and psychological twins. But rather than continuing to mull the similarities between these creatures, I prefer to seek solace, if only for a moment, in Dickens’ own imperishable words.

In the preface to the third edition of Oliver Twist (1841), the great — arguably the greatest — Victorian novelist wrote that in the brave, selfless character of Oliver he hoped to show “the principle of Good surviving through every adverse circumstance, and triumphing at last.”

Even in times like these, with impeachment proceedings in full, somber bloom and a cornered, unhinged, not-bright commander-in-chief tweeting blatant threats and volatile inanities from the White House, we can still dream of Good’s survival. Right? Can’t we? 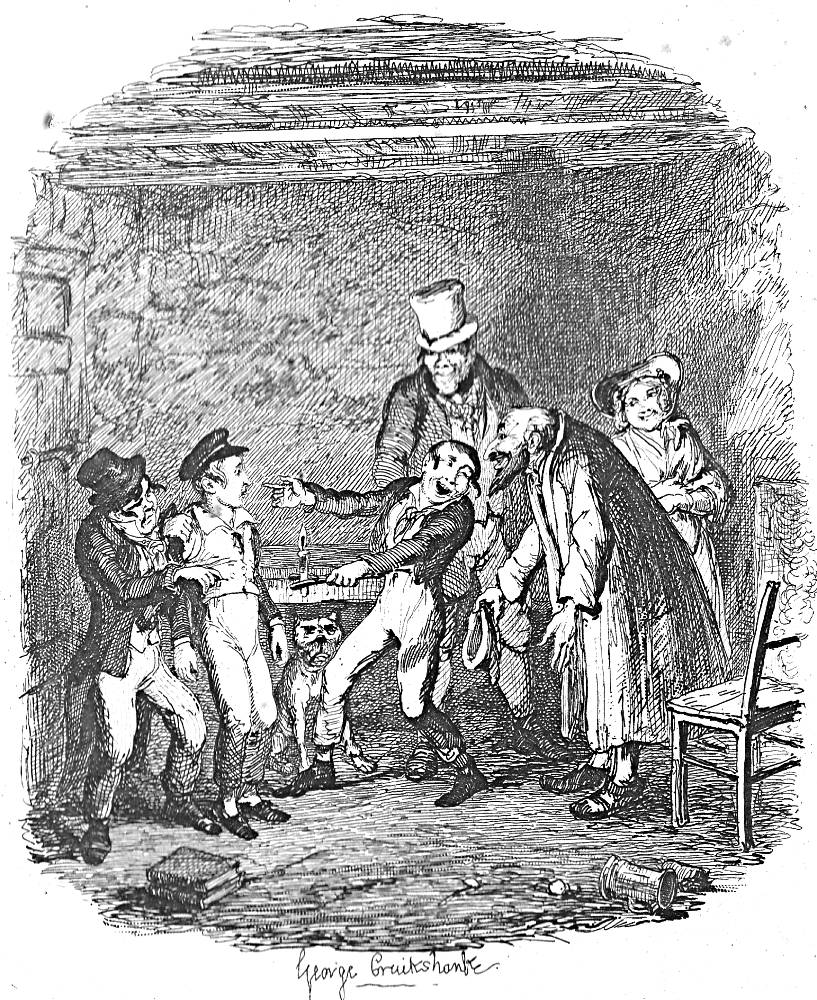