A fly hums between the glowing bulb and smooth interior of my oversized floor lamp. I’m sprawled on the floor, inches from a line of light illuminating the area where white oak and a navy rug meet. Lying on my back, I blow stray feathers from couch cushions like wishes on dandelions. They flutter from my fingertips. Do flies burn their feet when they touch the light, or are they endlessly pinballing, hoping to catch a glimpse of a way out?

I stare at the ceiling and remember kneeling by a pond’s edge as a child, surrounded by matted knee-high grass. One hand clasped a weeping willow branch and the other a smooth blue plastic butterfly net I’d been gifted for my birthday. I reached into an abyss of lily pads and green goop after spotting nubbins in the stagnant water. Frogs were easy prey. One slip, however, and the precarious balancing act would crumble; I would topple in to join them, becoming just as helpless as they had seemed before.

The precarity of these scenes resonates with me today.

Last January, the world watched with trepidation as Asia and Europe tackled COVID-19. Cases slowly surfaced across the United States, and while health professionals readied, society was not yet panicked. Life went on. I submerged myself in my usual schedule. I still went out to eat, sat in coffee shops, attended class, and sweated at the gym.

Between trips to the grocery store, walks to school, and rides on the New York City Subway 6 Train for date night with my boyfriend, I listened to a collection of essays by Doris Lessing first given at the 1985 rendition of Canada’s annual Massey Lectures — a series showcasing the work of acclaimed writers, scholars, and thinkers. Lessing’s Prisons We Choose to Live Inside explores society as a construct and challenges how we behave as individuals and as groups. Over five essays, the Nobel Prize-winning author questions humankind’s inability to take the knowledge we’ve inherited from preceding generations — in anthropology, sociology, psychology, philosophy, politics, and history — and urges us to become more reflective in our individual existence, which would enable us to better approach society and our humanity. In it, she writes, “We are all […] brainwashed by the society we live in. We are able to see this when we travel to another country, and are able to catch a glimpse of our own country with foreign eyes… the best we can hope for is that a kindly friend from another culture will enable us to look at our culture with dispassionate eyes.”

I had made the leap from Toronto to New York City in August 2019 to pursue a master’s degree and a career shift. I’d loved this city from my first visit for a band trip in ninth grade. Fifteen years later, I’d be confined, caught between two countries with the US-Canadian border closed. By the end of March, New York City had become the epicenter of the virus, and Governor Andrew Cuomo officially locked down the state.

I ultimately stayed in New York, and watched in disbelief how American news agencies covered the unfolding events — all of them touting truths and competing ideologies, balancing a collective distrust in government or distrust in science. Global crisis or elaborate hoax?

By summer 2020, with the looming US general election, public health and safety was fully politicized. Brutality and murder again revealed America’s “original sin” — systemic racism. And yet, instead of empathy, unity, and bipartisan commitments to reform, I heard helicopters circling and saw streets barricaded with militarized police. New York City had flattened the curve, and the rest of the nation had not even hit its apex, but we all faced uncertainty.

Lessing writes, “Yet I think we may very well see countries that take it for granted they are democracies losing sight of democracy.”

For a change of pace late in August, my cinephile boyfriend snagged tickets to a drive-in screening of AppleTV+’s Boys State. The Sundance documentary, directed by Jesse Moss and Amanda McBaine, offered a look into how a future generation of aspiring politicians sees politics in a week-long summer camp for high school students, and exposes what cues these teens take from today’s political leaders. Admittedly, I sat fidgeting with my hair scrunchy in discomfort while most of these boys croaked with laughter over women’s reproductive rights and others joked about secession or second amendment rights. While a certain level of discomfort was the point, I had to ask myself what did they truly know of the things they pontificated and regurgitated? In the end, these young men were forced to question the ideologies invading their moral framework with a mirror, and so too were viewers.

I couldn’t help but think how rare it is in the arts for men to see themselves reflected in the proverbial mirror when it is so often held to women. Helena Goscilo’s “The Mirror in Art: Vanitas, Veritas, and Vision” (2010) eloquently discusses this alongside the varying tales of Narcissus, popularly understood as the root of narcissism and the cautionary tale of “terminal self-absorption.” Ultimately, if we focus on the mirror itself as a mechanism for reflection, we see it provides “the necessary conditions to inspect not only cosmetics but also conscience, and to penetrate into the interior self through the external image.” We simply choose to disregard or fog the reflection.

Lessing reflects, “I think when people look back at our time, they will be amazed […] that we do know more about ourselves now than people did in the past, but that very little of this knowledge has been put into effect.” Thus, illuminating “mankind’s still infant ability to look at itself objectively.”

Now, looking ahead, I can’t help but wonder if democracy is the light, are we the prisoners shackled to Plato’s wall in the cave unwilling to believe that there exists a better version than the one we have? Are we the flies ricocheting endlessly against the light? Is democracy, as we know it, even true democracy at all?

“Often the mass emotions are those which seem the noblest, best, and most beautiful. And yet, [years from now], people will be asking, ‘How could you have believed that?”’ Doris believed social change hinges on our ability to one day think critically and objectively of ourselves; she believed in the potential of our ability to diagnose collective pitfalls and shift our individual contributions to the societies we live in for the greater good of all.

While we inherit previous generations’ messes, we have the opportunity to learn from them and step outside our lived experiences to do differently. How can “rule by the people” flourish when democracy hinges on the vote and election of an individual in a modern society which promotes a hyperbolic individualism? Can democracy only be attained in its purest sense if seen as an exercise in the relinquishing of an individual’s ego for servitude? Perhaps, instead of belief in tomorrow or in the potential of the next generation — the inertia pinballing us between battling ideologies — is rather the call to accept the burdens of today and our hand in them. To accept the reflection in the mirror and choose social progress over self-serving ascension. Until then, perhaps what we’ve come to accept as democracy is the greatest hoax of all.

I think back to riding my bicycle that afternoon with the butterfly net clenched under one armpit. I struggled to steer with frog-full buckets on the handlebars, my reflection looming above my prey as the rhythmic ping of yellow, green, and pink spoke beads paced my turns.

I hadn’t expected to wake the next morning to discover the frogs I’d abducted had hippity-hopped across the lawn to the street. I saw them, each one reduced to a splatter and crunch by passing cars. I was nine years old, and my arms still flood with goosebumps at the sound of an egg cracking. 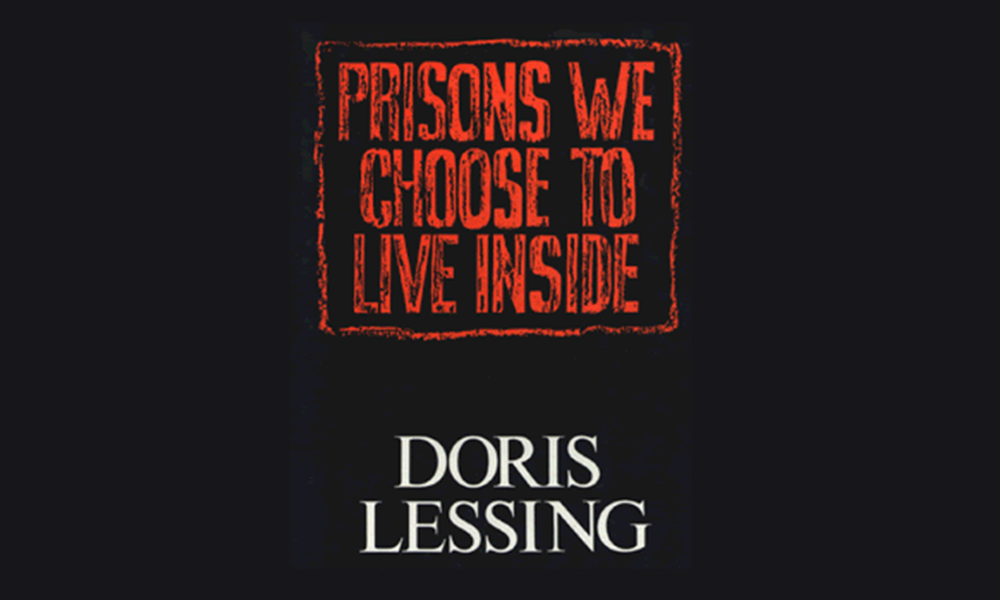