Where does a literary reputation end and a literary cult begin? A large group of readers’ disproportionate affection for an author, only partially based on the literary merit of that author’s work, may be the definition of a cult. But what can inspire such affection? And what conditions can sustain it over decades, and even centuries? The latest book by Roman Timenchik, Professor Emeritus at the Hebrew University of Jerusalem, charts the history of the posthumous underground cult of the Russian author Nikolay Gumilyov (1886-1921) and, along the way, suggests answers to both of the larger questions.

Gumilyov wrote fiction, drama, and literary criticism, but he is best known as a poet. In his reaction against the excesses of Symbolism, which was then the dominant school of poetry in Russia, he advanced a view of verse-writing as a matter of craftsmanship rather than inspiration, and preferred earthbound (if exotic) subjects to airy, otherworldly abstractions. But Gumilyov’s own poetry and actions were not free from excesses either. In the words of his biographer Earl D. Sampson, he “considered poetry the highest sphere of human endeavor and the poet the highest type of human being, and believed that, to be worthy of the title of poet, a man had to translate his beliefs into action, whatever the obstacles and dangers; to express his will; and insofar as possible to impose his will on the world.”

To practice what he preached, Gumilyov fought a duel with his fellow poet Maximilian Voloshin (1877-1932), over a woman; went on arduous journeys to Abyssinia and Somaliland, among other far-flung destinations; volunteered to fight in the First World War in order, writes Ben Hellman, “to test himself, expose himself to danger, live on the edge between life and death”; and, instead of seeking asylum in Western Europe (where he served for a while in the Russian Expeditionary Force), returned to Revolutionary Russia only to be executed in 1921 as an anti-Bolshevik conspirator.

A violent death at a relatively young age — often a vital factor in the establishment of a cult — was not, alas, uncommon at the time. His substantial literary talent notwithstanding, Gumilyov may have eventually been forgotten as yet another tragic casualty of the Bolshevik Revolution. However, several factors helped him not only escape oblivion in his own country but also gain a limited yet lasting recognition in translation. What were these cult-forming factors?

First, during his lifetime Gumilyov tried, consciously and consistently, to impose his own views upon Russian literary discourse and leave a durable mark on Russian cultural history. He wrote reviews and edited a journal, served as a literary mentor (co-establishing the so-called Poets’ Guild, to recruit and train disciples), and even co-founded a literary movement — Acmeism, from a Greek word for “prime” — in opposition to Russian Symbolism. In merely 15 years or so of literary activity, he became the subject of critical discussions, polemical responses, and artistic representations and parodies, which continued to appear well after his death.

Second, Gumilyov had affairs with many gifted, charismatic, and glamorous women, partly because, according to Earl D. Sampson, he “never abandoned his Romantic ideal of love, his search in life and in poetry for the Ideal Woman, a love and a woman capable of transfiguring earthly reality, of lifting the lovers onto another, higher level of existence.” Some of these women — like his first wife, Anna Akhmatova (1889-1966), a major poet in her own right — survived Gumilyov by decades and did a great deal to preserve his memory and his art for posterity.

Third, Gumilyov’s macho image as a warrior poet resonated with the tastes of the epoch of war and revolution; he had an uncommon poetic position in this epoch, writing from the thick of it. The action-adventure quality of his poetry appealed to other aspiring movers and shakers, irrespective of their political creed, as Gumilyov himself noted in his oft-quoted poem “My Readers” (1921):

Many of them, strong, cruel and merry,
Killers of beasts and men,
Who had faced hot death in the desert,
Cold death on the floating of ice,
Faithful to our planet,
Merry, cruel and strong,
Carry my verse in their saddle bags,
Read it in distant palm groves,
Leave it behind in sinking ships…
(Translated by Yakov Hornstein)

Ideologically, Gumilyov may have been perceived by the winners of the Russian Civil War as a class enemy, a monarchist — but aesthetically he was closer to what they could understand and replicate in their verse than the Russian Futurists, to say nothing of the Symbolists.

And his neo-classically clear style acquired additional relevance when the period of revolutionary turbulence ended and the new Soviet regime began to propagandize stability and harmony in both life and art. At this stage, the fourth factor in solidifying Gumilyov’s cult became evident — namely, a widespread community of cultural mediators, such as authors, scholars, and book and archive collectors, who were Gumilyov devotees.

Direct disciples of Gumilyov, such as Vsevolod Rozhdestvensky (1895-1977) and Nikolay Tikhonov (1896-1979), became Soviet authors and figures of authority for younger proletarian writers, to whom they passed along Gumilyov’s poetic techniques.  The influential Soviet poet Eduard Bagritsky (1895-1934), who was born and raised in Odessa and never met Gumilyov, also fell under his spell; he transferred the virus to some of his own fans. Pavel Luknitsky (1900-73) and his son Sergei (1954-2008) collected Gumilyov-related material and lobbied for the poet’s official reinstatement in the Soviet literary pantheon. In the late 1970s, the Leningrad poet Oleg Okhapkin (1944-2008) and the librarian Vladimir Poresh (b. 1949) initiated a series of informal meetings dedicated to Gumilyov, known as  “Gumilyov Readings” (“Gumilyovskie chteniia”), whose proceedings were subsequently published in samizdat. These and many other people’s efforts succeeded in promoting Gumilyov, more or less surreptitiously, as a kind of “gold standard” for generations of Soviet authors and readers.

Ironically, this was done with the involuntary assistance of the Soviet regime, which became the fifth decisive factor in the formation of Gumilyov’s cult. By banning Gumilyov’s books not only from republication but also — at least for a while — from second-hand bookshops, and by gradually making Gumilyov’s name almost unsayable in the Soviet media, censors lent the poet’s legacy the irresistible attraction of forbidden fruit, which only fed his subterranean popularity. Gumilyov’s poetry was religiously copied by hand or on a typewriter from other handwritten or typed copies, or from memory, sometimes even in the Gulag. A self-made multivolume anthology of Gumilyov’s work survived even in the private library of Yegor Ligachyov (b. 1920), the chief hawk of Mikhail Gorbachev’s Politburo.

Repeated attempts were made to reprint Gumilyov officially. One of the earliest took place in the autumn of 1927, when a group of Soviet admirers unsuccessfully tried to republish a collection of Gumilyov’s love lyrics. Under Stalin’s rule, such initiatives were unwise to pursue. Yet during the post-Stalinist “Thaw,” in February 1961, Soviet astrophysisist Iosif Shklovsky (1916-1985) managed to quote several lines from Gumilyov’s poem “On a Distant Star Called Venus” (“Na dalekoi zvezde Venere”) in the newspaper Izvestia, one of the official organs of the regime, which was then edited by Nikita Khrushchev’s son-in-law. One year later, the émigré chemist Jacob Joseph Bikerman (1898-1978) wrote a letter to Khrushchev, urging him to “give Russia back its manliest poet.” In 1964, it was rumored that Izvestia was indeed planning to prepare a volume of Gumilyov’s work. Apparently, Khrushchev’s fall from power that same year put paid to the idea. Yet the secret demand for Gumilyov at the time was so high that, in 1963, one Konstantin Arkhipov, a member of the Communist Party and an employee of the State Committee for Building Construction, was arrested in Moscow for illegally publishing, at one of the Committee’s printing houses, a small compilation of Gumilyov’s lesser known poems and translations, under the title Forgotten Material (“Zabytoe”), which was to be sold on the black market.

The Soviet conspiracy of silence around Gumilyov ended only in April 1986, with the appearance of his portrait and a few poems in the newspaper Literaturnaya Rossiya and the magazine Ogonyok, marking the 100th anniversary of his birth. As Michael Basker reports, “cautious republication of his poetry at home became one of the first signals of Gorbachev’s policy of glasnost. Publication figures since then clearly suggest that he is now one of Russia’s most popular poets.”

For Russian émigrés, however, Gumilyov had never been a taboo. Memoirs about him (sometimes exaggerated or entirely invented), as well as various tributes, flooded the exilic market. Indeed, Gumilyov was held in high esteem by both the Communists and the anti-Communists, as a kind of Russian Charles Péguy.

The history of Gumilyov’s cult, lovingly and eruditely told by Professor Timenchik, can fascinate and instruct not only those interested in the poet, but also students of comparative literary cultology. It would be interesting to find out if at least some of the five principal factors delineated in this review played a role in the formation of other prominent, long-lasting literary cults, such as those of Shakespeare and Byron.

As for Gumilyov’s cult per se, it has certainly helped to preserve the poet’s legacy against all odds, but it has also, as Ben Hellman argues, “complicated an objective approach to the man and his works.” Under a different set of circumstances, Gumilyov may well have remained marginal. The poet’s legalization in the late Soviet period, 65 years after his demise, has somewhat normalized his posthumous reputation among scholars and readers. It is now easier to see him for what he is — in the words of Earl D. Sampson, “a poet of considerable if somewhat uneven talent, who developed slowly, almost painfully, but steadily, who never entirely overcame the aesthetic deficiencies so apparent in his earliest poetry, but who nonetheless throughout his career exhibited a gradually growing intensity of feeling and profundity of thought, imagination and human insight, as well as a constantly increasing control of his craft.” And that is no small achievement for a poet, cult or no cult. 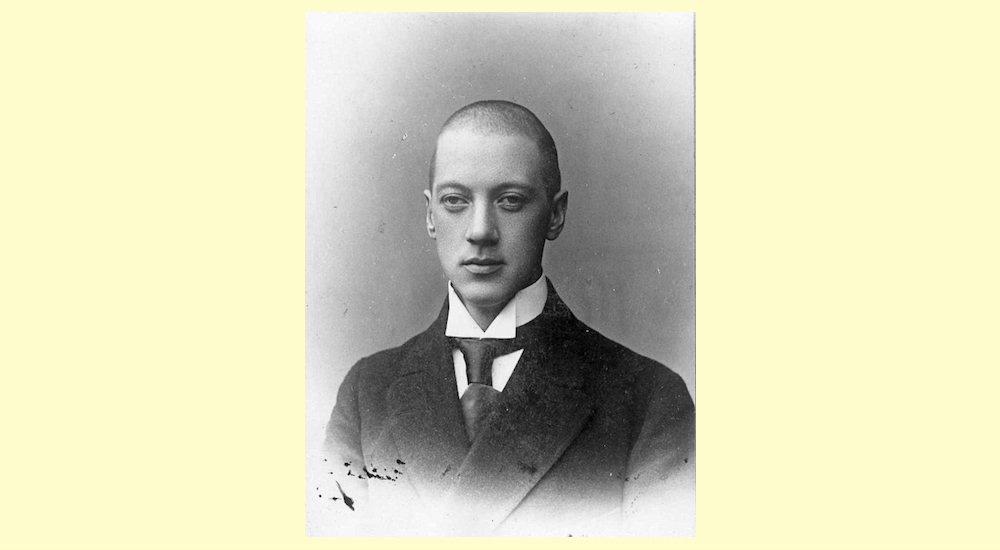