A prediction: China will produce some of the world’s most interesting scholarship on American literature within a generation. A secondary effect of this production will be a boost for the humanities, if from a most unexpected quarter.

I just returned from my third trip to China since 2011 lecturing to English language scholars about American and African American literature. This time, after giving five talks on five different campuses in China over the course of a week and a half, talking with scores of students and scholars with nearly perfect English studying American authors from Melville to Ellison, Poe to Plath, I am convinced that Chinese scholars pose a real challenge to the academic study of our own literature.

Maybe I am overstating the case. But we are in their gaze. And as Wesleyan president Michael Roth noted a few months ago, Chinese students are asking better and more interesting questions than we are about academia and academic subjects. Free from the invisible social constraints of academic norms — the trends and fashions of academic study — young Chinese scholars are writing with wild abandon about Sidney Sheldon, slave narratives, Emily Dickinson, Margaret Mitchell, “Chick Lit,” and Michael Chabon. I met a scholar studying Neil Simon and Toni Morrison, a combination for which I can’t imagine a supportive dissertation committee here.

Systematic Chinese study of American literature is nearly 50 years old. Since 1978, Chinese textbooks on American literature have presented to students works by Stowe, Mailer, and Doctorow, as explicitly critical of capitalism and sympathetic to the oppressed. Two of the first American works of fiction translated into Chinese were Uncle Tom’s Cabin and Hemingway’s “The Killers” for reasons that are obvious. More recent studies feature Stephen King, Philip Roth, and zombie movies as critiques of American culture and politics. And while English language essays by Chinese scholars sometimes feature jarring word choices (a recent essay on The Great Gatsby describes Fitzgerald as attending “a noble school for the wealthy kids”), such choices are rarely actually wrong.

The Chinese scholars I met know their literary theory, too, and think about theory and culture in refreshingly relevant ways. During a lecture to film students at Nanjing University, a grad student, drawing on Foucault and Levi-Strauss, asked about the scholarship on class politics in Quentin Tarantino’s films. I heard a talk at Zheijiang Gongshang University on Mikhail Bakhtin’s applicability to the African American call-and-response tradition. A young professor who just finished a book about orphans as “freethinkers” in Mary Shelley’s novels, asked about theories of orphans in African American literature. At Dianzi University last summer I met a student writing on the resonance of Judith Butler’s Antigone’s Claim to a culture in which so many people have no siblings. At a foreign language high school lecture on American Westerns, after I ended with a clip from Red Planet, a student asked if today’s Americans would ever see themselves as Native Americans after a Martian invasion and whether anyone had written on the subject. I laughed and said I didn’t think so.

The Chinese are fascinated with our scholarship, not just our texts, and are delighted with tales of “political correctness” on America college campuses leaving so many topics unexamined.

Unlike the grim MLA conference in January of this year, there is no gloom and doom about jobs. Pretty much every Chinese scholar studying English or American literature will find a post. If they are not as well paid as American star professors they are at least much more secure than the growing American adjunct labor force. Young academics see that there’s a future in being an expert on the stories Americans tell about themselves.

Of course academic life in China has its own severities and worries. The stories of government censorship and self-silencing are alarming. Within a few days of arriving I heard the phrase “dancing with chains” to describe the situation of Chinese scholars working in the social sciences on projects that may be uncomfortable or inconvenient to the Chinese government.

I am on a leash, one scholar said. I can only stray so far. I will write up my data accurately, said a political scientist, but my tone has to be right. Another scholar said she could no longer teach classes on feminist theory. The knowledge industry has to support the public good and must unite, not divide.

But these are old conversations about scholarship, politics, and art. The phrase “dancing with chains” (or “dancing in chains”) itself is over a century old: Friedrich Nietzsche used it in 1880 to describe constraining conventions that limit artistic innovation. The Chinese poet Wen Yiduo used it in the 1930s to suggest that constraints provoke more imaginative art. The entire history of African American literature since the enslaved poet Phillis Wheatley is a matter of negotiating real chains as well as metaphorical ones. This was the topic that brought me to China, in fact.

My keynote presentation at the International Conference on Ethnic Writings and 2nd International Conference on Jewish Studies at Zhejiang Gongshang University was about the establishment of Black Studies as an academic discipline. There are two foundational narratives, I explained: one, the student protests in San Francisco and across the country advocating for university programs to study the ongoing history of peoples of African descent; and two, the decision by McGeorge Bundy and the Ford Foundation to underwrite this endeavor. I drew on Nathaniel Huggins’s remarkable 1985 assessment of results, “Afro-American Studies: A Report to the Ford Foundation,” to describe the field as partly academic, partly social, partly political, and always convenient for institutions concerned about campus racial diversity. Politics outside the classroom have always structured discussion inside the classroom and among academics.

For me, the absence of identity politics in China is liberating. Chinese scholars do not care about my background or ancestors, only my arguments and my evidence. I’m seen as objective. During my talk I remarked that two Jewish scholars whose talks included old photographs of family members killed in the Holocaust were engaging in a very American form of scholarship. American eyebrows shot up, but not Chinese. The Chinese scholars sharing the panel could not — and would not — make a personal appeal during an academic presentation. An “unspoken assumption” of Chinese interest in Holocaust studies, a prominent Chinese scholar remarked, is that while comparisons to the Nanjing Massacre may be made, one must be warily respectful of American scholars’ emotional attachment to their topic. The personal attachments that are the norm in American academia are absent in China.

“Do you really think the politics of personal identity has no place in academia?” an American graduate student challenged during the Q&A. The phenomenon of aligning one’s ethnicity, gender, gender orientation, religion, class, et cetera, to one’s scholarship is only a few decades old. It is too early to tell if this new subjectivity is normal or good but it should be noticed that China is taking a very different path. Chinese scholars dancing with chains to negotiate strict state limitations on their own academic freedom are keeping a close eye on the self- and socially-imposed constraints binding American scholars.

I was peppered by Chinese graduate students after my talk for examples of fear limiting academic discussion in America. I mentioned the student protesters protesting a humanities course at Reed College in Oregon last year.

I also mentioned an earlier University of Minnesota controversy after the Charlie Hebdo murders. A poster announcing an academic discussion had featured a fairly benign cartoon drawing with CENSORED stamped on it. Some students complained. A months-long formal university investigation followed that found no wrongdoing but cautioned faculty to be careful about what subjects should be publicized. Ah, “dancing with chains,” one student said, and everyone laughed. The Chinese can’t get enough of these stories.

Those arguing for the uselessness of a university education should recognize that American literature is quite obviously useful to the Chinese. I am brought back to the foundations of why we study literature and history in the first place: to understand a culture and a country. The Chinese scholars studying ethnic and minority literature specifically are interested in questions of what constitutes or separates a culture and whether courses devoted to specific literatures brings people together or drives them apart. These are questions worth asking and what the Chinese are learning from the American experience is grim.

Chinese scholars are close-reading our cultural texts and our scholarship from a critical distance, and we might feel the sting of being pinned to cardboard as objects of study. And yet the phenomenon of another nation’s interest in our literature might offer the best argument for the relevance of the humanities for those who don’t see why literary studies is vitally important to national well being. We would do well to take notice. 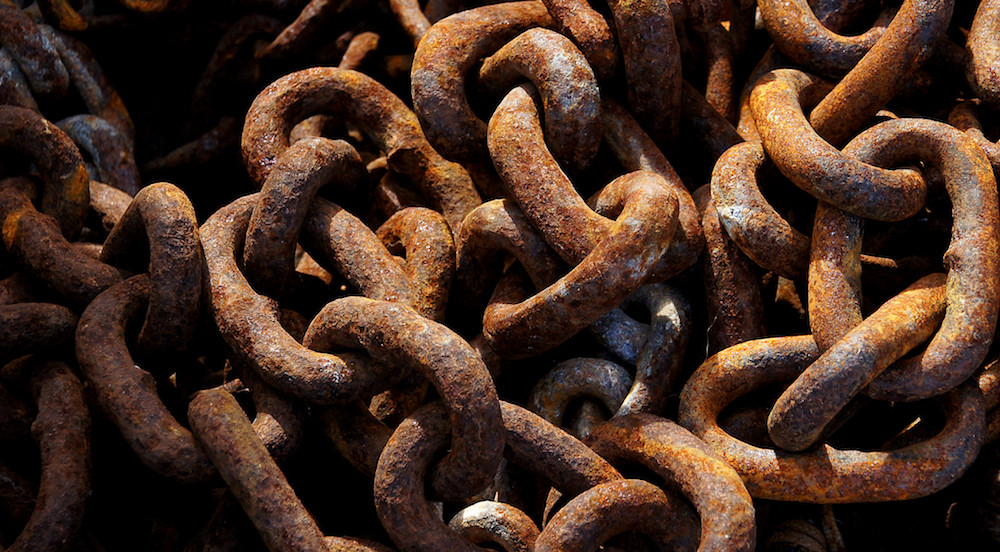