Holiday gift buying season is here and books are often at the top of the wish list for millions of us. With book sales expected to increase five percent in November and December alone, and two percent for the year overall, it’s clear lots of people are planning to include book purchases in their holiday shopping.

As an author and obsessive reader, my own family and friends often ask for book recommendations so they can buy gifts or use the slower work schedule to get some quality reading done. Because I have aspirations of being an offline Biblioracle, I’ll often ask my friends what they like to read, along with the last book they loved, so I can tailor my recommendations to their interests.

Since I started writing young adult novels, though, I’ve noticed that some people qualify their requests by making sure I know they don’t read “children’s books.” Yet YA novels can be satisfying for readers of all ages. The transition from writing for adults and writing for teenagers was, for me, not much of a transition at all.

Carmen Maria Machado, author of the National Book Award Finalist collection, Her Body and Other Parties, speaks often of writing about liminal spaces, like the nebulous space between realism and the fantastic. I find the liminal space between childhood and adulthood fascinating. I have always read books intended for both audiences. I’ve also taught YA fiction-writing classes at the University of Chicago and other places, where we talk a lot about what makes a book fit into that category. It struck me that the adults looking to avoid children’s literature saw a difference between adult books and YA that was something more than what my students and I discuss in class; I wanted to better understand what it was.

The books I’ve read by authors who write for both adults and teenagers include Katherine Heiny’s Standard Deviation. She wrote YA novels under a pseudonym, but she’s now turned her attention entirely to adult literature. Standard Deviation is unquestionably adult — it’s about second marriages and affairs and parenting — and it’s one of the funniest books I’ve read in recent memory. My research shows she viewed her years writing YA as her training for learning how to be a professional writer. Heiny says she learned about structure, deadlines, word count and all the practical things that her MFA hadn’t taught her.

For The Cincinnati Review last year, I wrote about coming of age novels and addressed the question of what it means to write for adults as opposed to teenagers. I chose Robin Wasserman’s Girls on Fire primarily because I’d enjoyed her YA books in the past, and her new book was ostensibly her first for adults but was about teenage girls.

After reading the book, I felt like I understood. While YA books can cover dark subject matter, they tend to do so with the implied or explicit understanding that the protagonist will transcend the bad things that have happened, even though those events may have a serious and even detrimental impact. Wasserman’s adult novel complicated that question in a way that made it feel more adult.

It’s not just young adult writers who transition to writing for adults, of course. Writers of adult novels change gears at different stages of their careers, including James Patterson, Harlan Coben, and Jodi Picoult. Two notable writers who’ve done so with great success are Sherman Alexie and Meg Wolitzer.

Sherman Alexie is best known in the YA world for The Absolutely True Diary of a Part-Time Indian, a fantastic semi-autobiographical novel about a teenage boy growing up on a reservation in Spokane, Washington. Readers of Alexie’s stories and novels for adults will recognize the territory and subject matter and even, perhaps, some characters. I was struck by how many of the short stories in collections like The Lone Ranger and Tonto Fistfight in Heaven were about teenagers as well. For me, the only real difference between his YA novel and some of his stories was the presence of illustrations in the YA collections.

Meg Wolitzer is best known in the YA world for her novel Belzhar, a book about a girl in mourning who discovers an alternative reality while studying Sylvia Plath with some friends. But her primary renown is in adult fiction.

Though I’m tempted to go back and re-read her Lysistrata retelling The Uncoupling in light of #MeToo, her novel The Interestings is a more fruitful basis for comparison. In it, Wolitzer moves back and forth in time to explore the lives of a group of camp friends both while they’re young and after they’ve grown up. Anyone who has occasion to read her observations about the teenaged characters in The Interestings would not be surprised to see similarity astute commentary about teenagers in Belzhar.

Of these four writers (Heiny, Wasserman, Alexie, and Wolitzer), all wrote novels and stories of such high quality that it’s hard to imagine any subjects they could choose that wouldn’t be equally fascinating. If they’re capable of finding satisfaction in writing about teenagers, and of giving the lives of those teenagers equal depth and complexity in both their adult and YA books, then perhaps it’s time for adult readers to open their minds, expand their horizons, and give some other types of novels a try.

So for those of you looking for book recommendations this holiday season, you might want to consider YA. Perhaps start with a few of the authors mentioned, or discover some of the tremendous titles from the last few years.

Angie Thomas’s The Hate U Give, about a girl who witnesses the police shoot her unarmed friend, is a book I’ve been pressing into people’s hands ever since it came out. It was also on the National Book Award long list.

Elana K. Arnold’s What Girls Are Made Of was a finalist and takes an honest and hard look at what it means to be a teenage girl today.

Adam Silvera is getting lots of attention for the two books he published this year, History Is All You Left Me and They Both Die at the End. My particular favorite is his debut, More Happy Than Not, about a gay teenage boy who wants to undergo a controversial drug treatment to become straight.

All these books share the attention to language, character, and emotional complexity of the highest quality adult books. While they take teenagers as their protagonists, the experiences of those characters have resonance for adult and teenage readers alike. Limiting reading to avoid “children’s books” might lead to missing out on some of the best literature written today. 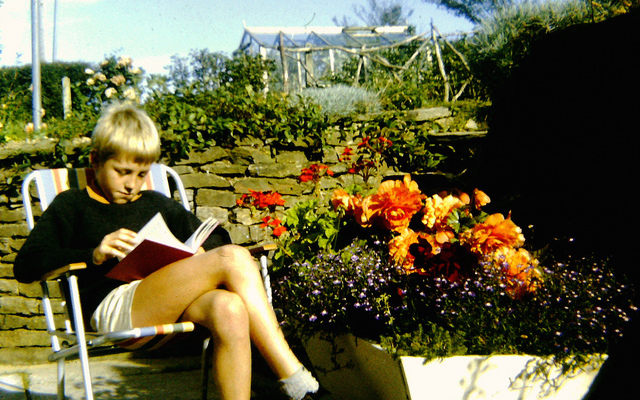