A Slate article once described quizbowl as the “Super Bowl of the mind.” The article detailed the culture of quizbowl, and how many of its players prepared for the game. But none of that preparation would be necessary were it not for the perfectly-crafted quizbowl question The thought process that goes into producing a good question is incredibly complex: like a good work of art, a good quizbowl question is worthy of contemplation and analysis, and expresses the intimate feelings of its writer.

The most distinguishing characteristic of modern quizbowl questions from other types of quiz questions is the concept of pyramidality, which according to the QBWiki means “that clues in tossup questions should be arranged in descending order of difficulty, with the hardest information first and the easiest at the end.” The reason for this is that at any point during a tossup question, a player may interrupt the moderator by signaling with a buzzer, after which the moderator will stop reading the question text, and the player can give an answer. Thus when two teams are playing a question, the team with more knowledge of a topic should be the one to answer it and receive points. Advantages such as better reflexes or faster speed are effectively nullified in favor of expertise. So a question without pyramidality on, say, the Dalai Lama, might state: “Name the leader of Tibetan Buddhism.” In contrast, a pyramidal question on the Dalai Lama would say: “Name the position held by Tenzin Gyatso, who has been in exile from Lhasa by the Chinese, and which is the spiritual head of Tibetan Buddhism” so that the team who has more knowledge of the Dalai Lama’s can interrupt the question and answer it before the team who has less knowledge can do so.

The process of creating good pyramidal questions is a time-intensive one, since questions are longer and make use of lesser-known facts than simple one-line questions. While many pyramidal questions are produced by players of quizbowl who do not work for a group in a formal setting, professional organizations devote a significant amount of staff and resources to making high-quality questions. Two of the largest ones are non-profits: PACE, or the Partnership for Academic Competition Excellence, and ACF, or the Academic Competition Federation. These rely on volunteer work to make tournaments for those in high school and college. Another company, NAQT, or National Academic Quiz Tournaments, relies on several employees and independent contractors to produce questions for use in their tournaments.

What does it take to produce a good, pyramidal quizbowl question? The first trait is that the writer of a question should have a reasonable grasp of the subject matter at hand: if a writer is going to author a question with an answer of Herman Melville, they should know about Herman Melville’s life and work. They should also have an understanding of the relative levels of obscurity of facts about Melville — for example: Herman Melville’s best-known novel is Moby Dick, which is less obscure than the names of characters from Moby Dick, such as Captain Ahab, which in turn is less obscure than the fact Melville wrote a novel called White-Jacket. To produce a playable question, a writer needs to be able to pick out these facts and arrange them in an order so that when these questions get played, teams are interrupting the question at different parts of the text. Secondly, much like in journalism, the pyramidal quizbowl question should use crisp prose and present a cohesive narrative between the various clues in the question in as a succinct manner as possible. A well-written pyramidal question about Melville might state: “This author’s service aboard the frigate USS United States inspired his novel White-Jacket. Captain Ahab’s monomaniacal hunt for a white whale is the subject of another of his books. Name this author of Moby Dick.” Though the question may be slightly longer than a less-narrative option, it provides contextual information such that even if a player is unfamiliar with the clues about Herman Melville, there is interesting information and a cohesive narrative flavor to the question, potentially sparking a further interest in Melville, given this taste of his cultural importance.

It takes an inordinate amount of time to produce a question. Many of these questions are eight-lines long and can take up to two hours to write, from the moment of conceiving the answer to the final product of an edited question. Why is it that many people and organizations devote themselves to the time-intensive process of producing and writing quizbowl questions? I would say part of the answer lies in the fact that a writer is able to express himself by producing a question. A rather poetic philosophical observation about quizbowl question-writing compares a round of questions to “forty miniature conversations about things someone may like […] that is what makes [quizbowl] fun for me and encompasses […] the love of learning.” Another way of phrasing this sentiment is that crafting a quizbowl question is like preparing the script for a conversation: when a writer chooses an answer, they are choosing a topic of conversation; when he produces the question text, he is creating the substance of the conversation, and when a player buzzes in and interrupts the text, he is saying “ah! I know what you are talking about.”

Sometimes writers will create whole tournaments devoted to a single topic and explore the way their topic of choice is relevant to players. For example, an upcoming tournament will feature questions exclusively about architecture, and excitingly advertises itself as one that will get “into the function, ritual, patronage, politics, materiality [and] theory” of architecture in its questions. Another recent tournament explores the various ways in which food is relevant to human culture, and promises to have questions that will explore “different cultures […] a particular country, region, or city, [might be] clued from various dishes; a particular dish [may be asked about] based on its variations.” One of my own tournaments was a paean to Japanese Role-Playing Games, and was deliberately crafted with the goal of having players reconnect with games and experiences that defined their childhood. Each tournament is written by people who have interacted with a domain of knowledge and wish to share their love of this knowledge with other likeminded people within the constraints of a game.

The fact that quizbowl is a game causes this knowledge to come alive and swirl around as if the paintings and sculptures are coming to life in a museum. Many writers will use the game format to force players to look at ideas from a new point of view. A recent tournament devoted exclusively to the visual fine arts included an ingenious question that explored the film Fargo from the point of view of its cinematographer, Roger Deakins. The average player of the tournament, who probably has seen Fargo but isn’t a film scholar, had no choice but to think of the film in a way to which they were not accustomed. At another tournament, I wrote a question that focuses on The Woman’s Bible, a work of feminist theology by Elizabeth Cady Stanton. Every player of the tournament has knowledge of the work of Elizabeth Cady Stanton as a suffragette, but the question forced players to reconsider what her achievements are in a new light — namely, that she wrote one of the earliest works of feminist theology and suggested that the Bible as written was harmful to women’s rights.

And therein lies the beauty of quizbowl: each question is — to tweak a phrase from Ludwig Wittgenstein — a depiction of the world as the question-writer finds it. The questions are a way of appreciating culture and reevaluating what a person knows in a social setting under the guise of a game. Quizbowl question writers are those who venture into the wild lands — the infinitely large space of where ideas run wild — and bring those ideas back to an audience. Back when I was a player, I often times would feel a nervous energy immediately before a tournament began — I could hardly contain my excitement at what a group of writers and editors were going to put out for their audience! And that’s because for me, there was always the possibility that quizbowl questions had the chance to change my world view; the ones that did were very similar to Kafka’s description of a book: “an axe for the frozen sea within.” 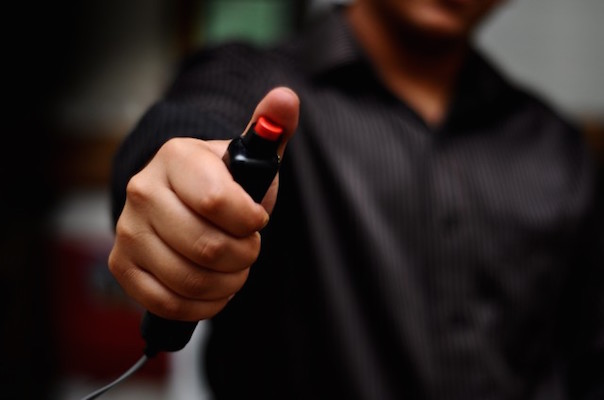