I find myself pulled into memories of my childhood as I fall asleep in the passenger seat of the car on a long drive. The sound of a turn signal, my body weight shifting as a car turns right, even now, has the ability to take me back in time to when I was a nine- or ten-year-old sleeping in the back of the blue Toyota Corolla station wagon we had. It was always the right turn signal for our street that would bring me back to consciousness. The memory comes without calling — incoherent feelings and sensations all at once. In a split second I am wrenched out of my current life and into another. Pried from this country into another. I wake up disoriented and look up at the sky out of the car window.

The same sky hangs over my parents in Pakistan. The thousands of miles between us seem insurmountable in that moment. What my unconscious mind is able to traverse unexpectedly, I physically cannot. While my memories are able to pour through the barriers of time, I cannot ignore the barriers between countries.

I’ve been living in this country since the age of 18. I came on a student visa, eventually got a green card after I got married, and some years later became a citizen. I was never undocumented. I did not have to live in fear of a detention center, being deported, or being exploited for my labor due to being an immigrant. Those are realities I cannot comprehend or speak for. But there is something about the immigrant experience at large, that must be acknowledged, especially in these times. There are two feelings that go hand in hand for most immigrants: deprivation and a lack of control.

It is a deprivation of the senses. And so it is my senses which, when ignited in particular ways, jolt me into reliving a particular moment from another time, another country. When these senses latch on to a sound, a smell, a feeling, a taste, they pluck me right out of my life and drop me in the middle of another.

Deprivation. Lack of control. They go hand in hand for immigrants.

Of course, not all immigrants have the same experiences, and there are non-immigrants who experience the world in this way. But while the intensity of these experiences of deprivation and lacking control may differ by degrees for various immigrant groups depending on their country of origin and how that intersects with race, gender, language, religion, and particular governmental policies, the feelings are always there.

In early 2001, I was in graduate school. Among other things I was planning my wedding to a fellow student in my graduate program. My husband, who is Italian-American, had never traveled to Pakistan at that point. Our plan was to have a wedding in Pakistan and then have another in Connecticut. Then 9/11 happened. Still on a student visa, and the US embassy closed temporarily, there was no way for me to leave the US and be guaranteed a return. I got married in 2002, in Connecticut. My parents couldn’t be there, nor could my oldest brother. They didn’t have visas to travel to the US nor would they be granted those visas after 9/11. Travel remained precarious for those of us from countries known as the “axis of evil” — or close enough — and I found myself not being able to return to Pakistan until December of 2003. By that point it had been over four years since I had seen my parents. My parents met my husband for the first time then, after we had already been married for nearly a year and half.

September 11, 2001 made things worse, but my family had been missing out on each other’s important life events long before then. Previously, my sisters had all had children born without each of us being present. Similarly, my family would miss the births of my daughters in 2005 and 2008. In fact, it wouldn’t be until my daughters were 8 and 11 that they would meet my sister’s children, who were roughly the same ages as them, for the first time. It was the impending threat of a ban on travel from Muslim countries, and her children’s distress that they would never see their cousins in the US, that pushed my sister into making that trip here.  My parents have yet to meet my younger daughter, who is almost twelve now. As a family, we’ve gone through life’s happiest moments, and life’s most challenging moments without being able to hold each other and offer a physical shoulder to cry on. That is the life of an immigrant — even under the best of circumstances.

Lack of control. Deprivation. These have marked the immigrant experience and now they mark us all. With social distancing, stay at home orders, and quarantining of those who are ill with COVID-19, we are all feeling:

The desperation to get to the groceries we need;

The longing for a parent, sibling, or friend to share the trials of child-rearing with us;

The ache of not being able to put our arms around our loved ones and hold them close in moments of distress or joy;

The fear of not being able to travel if something happens to our parents or other loved ones who don’t live with us;

The fear of not being able to say goodbye except perhaps over the phone;

The trauma of burying our loved ones in isolation and bringing them into the world in isolation.

Let us use this moment to reach out with empathy and compassion towards those who have been marginalized, and separated from their loved ones and their homes.  Let us not let this virus be another occasion to carve deep trenches, erect tall walls, and build detention centers that separate us. Let us not allow fear and fear mongering to lead us to blaming, distrusting, or scapegoating those who are already suffering.

COVID-19 has forced us, as Harper Lee’s Atticus Finch put it, to climb inside someone else’s skin and walk around. Let us remember how it feels even when this crisis is over and let our walk lead to a place of understanding, compassion, love, and human connection. 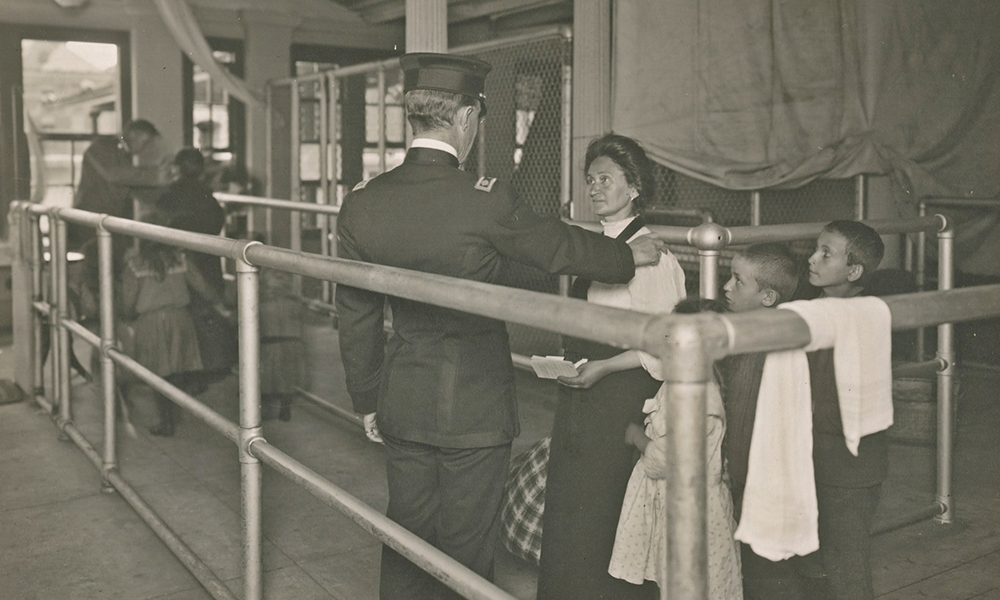