A recent service from Amazon offers a smart lock for your front door and a security camera inside. Once installed, you can play security guard at work while packages are delivered inside your house and underemployed task rabbits enter to clean up after overemployed you and walk your dog. All without disturbing your tech-managed peace of mind.

In the ad announcing the service, a harried, stressed, delightfully eccentric young woman realizes in a panic that it’s her mother’s birthday and her parents are coming over to see her new place. Using Amazon Key, she manages to order her mother a same-day delivered gift and arranges to have her neglected apartment cleaned before her parents arrive.

The video offers a miniature, but fairly comprehensive, portrait of the life of an ideal Amazon customer, and the outsized role that convenience plays in her life. The stressed-out, rat-racing young professional needs all the help she can get, and tech, with its frictionless, remote-control efficiency offers just the right solutions to the countless logistical hazards that threaten every day to upend her fragile, carefully curated calm. What’s more, it insinuates itself into her personal relationships, providing vital aid to make sure she doesn’t disappoint people.

The end of the Amazon advertisement is telling. The woman, having successfully warded off disaster with Amazon’s aid, smiles, sighs and plops herself down in a chair in triumphant relief. Then she quickly realizes that this wasn’t about her, gets up, and offers the chair to her mom. The moment betrays the fact that Amazon convenience panders to users rather than actually improving their lives. What Amazon is selling, in other words, is not actual convenience but a diverting, sycophantic, solipsistic simulacrum of it.

Of course, the new tech does provide some actual conveniences. But they only go so far in justifying the pursuit of convenience we phone-armed go-getters have taken on. We have ceased to pursue convenience for what it does for us and now pursue it for its own sake. This is a paradoxical claim, since the essence of all these apps and gadgets would seem to be outside themselves, in their practicality — in what they do rather than what they are — but convenience has detached itself from its own utility and thereby often ceases to be convenient.

Convenience is literally a “coming together,” a convening. Something is convenient because objects or events meet and fit or function together in a satisfying, expedient, and felicitous way. My subway transfer worked like clockwork; the babysitter had to cancel but I ran into Charlene in the elevator and she offered to watch the kids; the library installed a drop box outside so you can return books when it’s closed. My Keurig machine cleans itself; my iPhone automatically updates itself; my car parks itself.

In the first three examples, a real problem, a potential inconvenience, is thwarted by the propitious convening of events. A feeling of satisfaction or relief naturally accompanies these kinds of convenience. There can even be a more disinterested, aesthetic pleasure in the aptness or harmony — the way things fit together. Convenience shows us that there is hope yet, amid the chaos that beleaguers us from all sides, that everything will work out. After all, my gym is right on the way home from work.

German has a word that captures this feeling, klappen. “Alles hat geklappt” means everything worked out. Klappen is also the verb used in German to refer to the shutting of a door, lid, or flap (eine Klappe). The word onomatopoetically reflects convenience’s sense of two things coming together, of satisfying closure and fit. It is an important word for a people particularly invested — stereotype though it may be — in things functioning properly.

In the latter three examples, on the other hand, convenience has become something different. Most obviously, I am no longer really involved. The machine does it for me while I stand by and watch. The aesthetic accompaniment to convenience begins to take precedence over the practical utility and even detaches from it. I watch my own accomplishments unfold on a screen and sit back with a perverse, unearned and therefore uneasy pride. Nothing claps together. It all just slickly slides into place, perhaps with a digital sound effect that tries to evoke a real connection.

In his book, The World Beyond Your Head, Matthew Crawford writes of how the slapstick humor of the last century reflected a particular relationship to the physical environment that is being lost in our tech-mediated world. It used to be that technological mishaps were funny. Much of our best comedy saw hapless schmucks betrayed by physics and the ambitious gizmos of the industrial age. The objects refused to cooperate. They conspired against stars like Charlie Chaplin and Buster Keaton, pushing back against our presumed mastery of nature.

In the process, the objects even took on a kind of personality of their own — stubborn, unyielding. They put us in our place and reminded us that, despite our best efforts at transcendence, we were of the world just like them. Even when this kind of technology did succeed, it did so in a kind of partnership with us. Some of Keaton’s gags almost rise to the level of dance. Like us technology churned and lurched and gasped. Now it preens and shimmers and chirps.

There’s nothing funny when Hulu starts buffering on my stupid Roku or Siri doesn’t understand when I ask her how to get to the goddamned Apple Store or Amazon delivers my mom’s birthday present late. The user of the new tech has nothing to do with its success and nothing to do with its failures. When it works it’s magic; when it doesn’t it’s a con.

There’s nothing funny in these failures because there’s nothing ventured. We never quite enter the world. As a consequence it’s hard to laugh at the victim of the new tech, smartphone dangling limply from his hand, drooped pathetically on his couch, cursing corporations that can’t hear him. His humiliation is not that of an overambitious effort foiled; it is simply impotence.

This disengaged, frictionless frustration and its comedic infertility are mirrored in the facelessness of the technology. No matter how user-friendly and accommodating it may be, no matter how natural Alexa’s voice may begin to sound, the new tech can never take on the human aspect of a piece of misbehaving mechanical machinery.

As this new commodified, pornographic convenience detaches from the convenient and becomes an end in itself, it increasingly subverts its own supposed goals: it begins to make life more complicated. In 2017, an infamous Silicon-Valley smoothie startup made a Wi-Fi connected juicer that was outperformed by a pair of human hands squeezing a bag. It was a stark example of the way in which our technology has detached from what Marx would call its use value and become more and more defined by its exchange value. The product’s users were not so much watching juice being made as they were looking at their own money squeeze itself.

Convenience verges here on a form of entertainment. But we can’t just sit back and relax. Even though it goes out into the world for us, there’s still much to do on this side of the screens. We have to read endless reviews, find the best price, set up the products, connect them to our existing gadgets, recollect long lost passwords, even ship the bags back to the responsible corporations so they can be properly recycled. The juicer turns out to be not just a rich person’s ridiculous vanity, but a new chore in itself — one that has almost nothing to do with making juice.

The new tech, though it may generally be more effective than Juicero’s boondoggle, imposes costs on us that increasingly leave us addled and anxious. It’s not convenient to feel as if I need to turn to Google before every mundane task to read about the 12 reasons I’m doing it wrong. Nor is it particularly convenient to have a refrigerator that orders almond milk for me when I run out, but needs to be replaced every five years. Competence, reliability, and the security that come with them are their own form of convenience — they make life simpler and more straightforward — and they’re swiftly being sacrificed for a more accommodating tech that may enable physical laziness but delegates to us all manner of new psychological duties.

Life becomes so convenient there is scarcely time for anything else. We become managers of our own convenience, constantly vigilant lest we miss out on a new gadget or lifehack. Life is increasingly put on autopilot for us, but instead of being freed from drudgery, we find ourselves stuck in the cockpit — only now with less control over the plane and with innumerable new functions and features to consider, buy, and oversee. We become so preoccupied with tweaking our virtual dashboards that we forget to look out the window.

Instead of bringing things together the new convenience separates us from them. It pulls us out of the world and makes us spectators of our own practical activity. In the same way Facebook monetizes our social lives by turning them into a form of entertainment — and can thereby distort and alienate where it purports to foster and connect — Amazon and company place screens between us and our practical lives. We stand by and monitor things, manning the controls, but with little idea of where we’re heading. 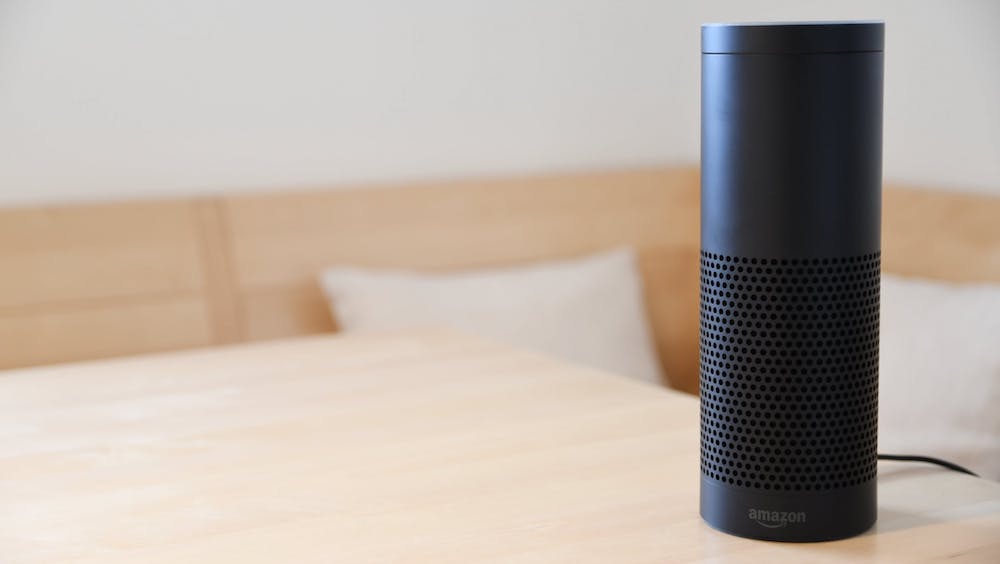