The growing approval of contact tracing to prevent the spread of COVID-19 will likely have cascading effects. Many hesitations over increasing surveillance are being leapfrogged as technologies previously chastised for invading privacy are now gaining praise. The shift from the title “patient tacking” to “contact tracing” in the past several months already reflects how sensitivities are changing in form.

Reports applauding South Korea’s handling of the virus cannot but include an earnest nod to government surveillance. The online publication and text-message alerts detailing the location trails of people who test positive for COVID-19 have been so effective that familiar discussions over privacy issues are all but moot. Faced with existential threat of a fast-spreading pandemic suddenly letting Big Brother know about a trip to the store or a walk in the park seems almost trivial. Certain freedom of speech issues notwithstanding, even the Chinese Social Credit System, which Western media has railed against for years, doesn’t seem — at least some of its tracking elements aspects — so bad now.

Apple and Google have taken the cues and are now fully onboard as well. The fierce competitors are teaming up for the greater good. They are cooperating on a COVID-19 tracking app that will allow Apple and Android phones to communicate with one another. Described, most cautiously, as an “Exposure Notification system in service of privacy-preserving contact tracing,” their app allows the nascent surveillance technologies already embedded in nearly every smart phone to be unleashed for anyone who downloads it. Information about the proximity of confirmed COVID-19 patients will be automatically shared, helping people to take extra precautions against potential exposures, or learning if they may have already been exposed.

In addition to not being state-run, the Apple-Google COVID-19 contact tracing project boasts special privacy features. The app will have metadata encryption, a time cap on recorded history, and utilize cryptography algorithms — in other words, it will be really hard to figure out the identity of its users. In South Korea tracking includes telling hints of patient’s identity — such as age, gender, nationality, and even neighborhood of residence — that have allowed private citizens to accurately deduce people’s names. While public shaming is a serious problem, the South Korean government argues that including humanizing data may actually help people take the alerts more seriously.

The trend towards accepting increased surveillance is actually already well underway. Many of today’s budding technologies simply require surveilling human behavior. Recommendation and personalization algorithms power nearly the entire Internet. Without surveillance and user profiles, everyday giants such as Google, Amazon, Netflix, and nearly any online service simply could not operate. Everything from preventing credit-card fraud to cancer treatment also rely on using “big data” and comparing an individual’s data to their nearest (data) neighbor’s. Advancements in self-driving cars, AI, and even certain areas of medicine are almost entirely surveillance based as well. In many of these spaces companies claim anonymity is strictly upheld, and while skeptics have serious privacy concerns, there are fast-growing trends where high degrees of surveillance and zero anonymity dominate.

One such area is Esports.

For anyone who doesn’t already know: Esports is popular. Hugely popular. The industry generated over $120 billion in 2018 and is only growing. Twitch, a dedicated platform for streaming video games, gets around 15 million unique viewers a day, and over 140 million a month. And that’s just Twitch. There’s also Mixer, and Youtube and Facebook have dedicated videogame streaming venues as well, each garnering millions of daily viewers. This mounting trend has already rippled far into more traditional “sports” arenas as well. ESPN reports on Esports, talented gamers can get scholarships to colleges, and cash pools for championships are in the tens of millions of dollars. Top streamers, who are not always the best players but dedicated “content creators,” make millions. Through paid endorsements, viewer’s donations, and platform earnings, the video-game streamer known as “Ninja” is estimated at around $500,000/month.

The surveillance in Esports is nearly total. Streamers and professional players often record their games — including conversations they have with other players or teammates, and have a separate camera on their keyboard. These online games are actually already saved by the parent company, and often open for anyone to view (this is how cheaters are frequently caught). The details completely eclipse “playbacks” for even the most minutely recorded “real” sports. A “drone” view can move freely throughout the recorded game, zooming in or out, moving through walls, peeking from any angle, watching at any speed — forward or backward, all the while seeing the names of players, as well as their inventory, and exact keystrokes. Surveillance is the bread and butter of Esports. For the professionals who engage in Esports, it is an inescapable element of their lives. But while the technology is new, this constancy of surveillance is not. Until relatively recently in human history most people were subject to near constant surveillance.

Before the anonymity of modern cities and suburbs most people lived in relatively small communities. Typically, as is still true of many small communities today, everyone knew a lot about everyone else. Daily activities — including where you went for a walk, who you talked to, or what goods you might have traded or purchased — could be widely known. None of these were considered “private” in the way they often are now. Anything that happened in the public sphere was inherently public. And this sphere often extended even into the way family members treated one another “behind closed doors.”

George Orwell accurately predicted, and encouraged, worries over technology-based surveillance in his iconic Nineteen Eight-Four. But Orwell’s world was full of “gritty dust” smells of “boiled cabbage and old rag mats,” constant electricity shortages, and a persistent lack of razors. It sounded more like a post-apocalyptic relief zone than our world of smartphones, Amazon’s 24-hour delivery, Uber rides/eats, and Disney+. Today surveillance technologies are not only widely embraced, many are all-but necessary for functioning in most parts of the world. They are integral to how the world operates and is connected. Remember, the same technologies that helped COVID-19 to spread all over the world are the ones allowing schools, business, governments, and individuals to function during widespread quarantine and “stay-at-home” orders. Without the internet people likely would not travel as much, and it is doubtful that COVID-19 would have spread as quickly as it did. And yet the internet is now more important than ever for keeping people working, fed, and sane. Internet-based connectivity, with surveillance in tow, both exasperates and alleviates the pandemic.

As we come to grips with the fact that this time next year restaurants, grocery stores, retail shops, schools, travel, and even family gatherings might still be subject to a “new norm” issues of privacy shouldn’t be forgotten. But they shouldn’t be over emphasized either. In our world of growing reliance on technology and social media, where even the category “sports” is highly surveillance-based, lines between public and private are increasingly blurred. Parring back the private sphere to deal with a pandemic is not necessarily a bad thing. The current crisis asks us to face these changes in new way. And we should do so recognizing the social, historical, and cultural limits of a sometimes-blind faith in whatever we mean by “privacy.”

After all, an entire movement, one that challenges centuries of intuitional disenfranchisement, just might begin from a May 25th iPhone video. 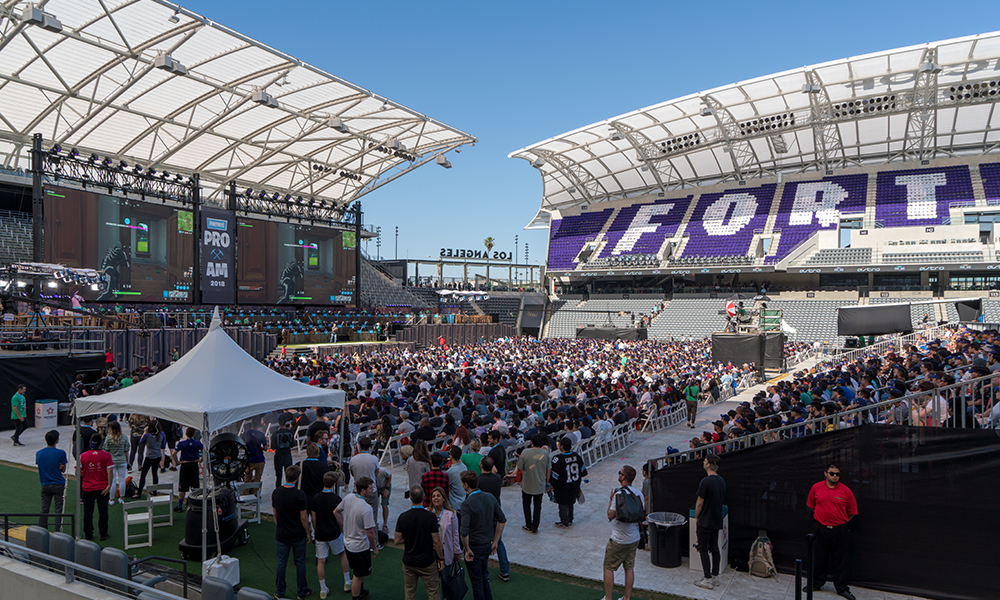