In the midst of Mud and Stars: Travels in Russia with Pushkin and Other Geniuses of the Golden Age, Sara Wheeler takes a detour to a fellow Englishwoman, Constance Garnett (1861-1946), who between 1894 and 1934 published more than 60 volumes of translations of Russian literature and created the first mass English-reading audience for Dostoevsky and Chekhov. “Her work has stood the test of time,” declares Wheeler. “I love her, and I love her stuff. She had been weaned on the great English Victorian novelists, and she has their ear for language.” Garnett was not the indefatigable traveler that Wheeler is, but Wheeler must have enjoyed learning from Richard Garnett’s biography, Constance Garnett: A Heroic Life (1991), that his grandmother ventured twice to Russia. On her first journey she met Tolstoy at his Moscow house, where he praised her translation of his The Kingdom of God Is Within You and asked her to translate his revision of the Gospels; on her second journey she brought her 12-year-old son with her. Garnett wrote almost nothing of her own except letters, but she was savvy and generous as she “moved through the literary and political circles of a troubled time and emerged as a heroine, always on the side of the poor and oppressed, fighting in a man’s world,” writes Wheeler.

Garnett had been a whiz at ancient Greek at Cambridge University and seemed to absorb languages the way some artists absorb textures, shapes, and colors. “She began learning Russian just before she turned thirty when she fell in with a gang of fiery exiles,” Wheeler gushes. “Connie befriended many Russian Jews who had fled persecution after the assassination of Alexander Il.” Garnett learned enough of the language in a few months that, with the encouragement of a charismatic Russian revolutionary, she began translating a novel by Ivan Goncharov: “The first sentence took hours to puzzle out, but I soon advanced to translating a page a day.” She wrote her father-in-law a little later:

I do a few pages — some four or five —  […] every day, but I want a dictionary still for every sentence; and I think it will be some years before I have, as you say, ‘mastered’ the language, even in the sense of reading it as fluently as French. The idea of speaking it has faded away before an increased knowledge of the subtlety of the language.

She never did become a fluent speaker of Russian; like ancient Greek, Russian was primarily a written language for her.

But eventually she was translating at a sprint: five volumes of Turgenev in a year; 12 volumes of Dostoevsky in eight years; and, most famously, those 13 volumes of Chekhov in six years. “Her greatest virtues,” writes Gary Saul Morson, “were her profound and sympathetic understanding of the works themselves and a literary artist’s feel for the English language.” She has her detractors, as does any translator (often fellow translators, or academics who see opportunities to nitpick across enormous woven carpets). “[T]he Russian language,” sighed one such detractor, the scholar Henry Gifford, “has its inimitable brevities. It is in such small but crucial points that the translator meets his supreme challenge, and unless he can snatch a grace beyond the reach of art he will inevitably be defeated.” Such expectations are hardly realistic.

Several years ago, when I was preparing an anthology of Great Love Stories for Dover Publications, I decided to translate a Chekhov story myself. My favorite is “The Lady with the Little Dog” (the very story Sara Wheeler was proud of herself for learning to read in the original in her late fifties), but there are so many great Chekhov love stories that I thought I should include one less well known. “A Misfortune” (“Neschast’e”) suggested itself. I read the story in Russian again and again until I knew on sight the meaning and relationship of every word. My Greek professor decades ago had insisted we first-year students not write our definitions on the pages of Xenophon’s Anabasis; “otherwise you’re not translating,” he had said, “you’re just reading your own English.” I knew my “A Misfortune” through and through. So I sat, in imitation of Garnett, with a pad of paper on my lap with the story at my side, and started translating, knowing that it would come out all right. I had in mind D. H. Lawrence’s description of Garnett “sitting out in the garden turning out reams of her marvelous translations from the Russian. She would finish a page, and throw it off on a pile on the floor without looking up, and start a new page. The pile would be this high … really almost up to her knees, and all magical.” But it’s good for us to know and appreciate that, for many years, because of vision troubles, she actually had to dictate her translations and “tried to use her eyes only for proofs.” That is, she translated by ear.

As for me, with my amateur, clumsy Russian, I like to make literal translations, at least to start, so I changed the syntax as little as possible and left out definite and indefinite articles from my draft of “A Misfortune” (the title of which I tried to recast but couldn’t; Garnett’s is just right). After a few days and more than 15 hours of staggering, I got through it and had a complete rough text. I was as pleased as a little boy who had made his own rickety tree-fort, but as soon as I sat myself on a park bench and started to try to make my version readable, it was as if sharp little points jutted up from the page. When I smoothed down one spot, broken shards popped up elsewhere. I had not had this difficulty, I thought, with some Tolstoy pieces I had painstakingly translated, and wasn’t Chekhov, as “everyone” agreed, easier to read in Russian than Tolstoy?

He is. But reading is not translating.

I could not smooth out and pave the rocky road. I contacted Vlad, one of my former Russian tutors, a translator and poet attending graduate school in the States, and asked if he could help me. He agreed, though he warned me his wife was pregnant with twins and she was counting on his help and attention. I sent him what I had typed up as well as Garnett’s version and told him he had free rein.

I could sense his difficulties when he sent me back the first few pages. Perhaps he deferred too much to mine. He broke up or sanded down some of my stiff phrasings, but his own phrasing was slippery, occasionally overlooking tiny details or distinctions in the Russian that even I could see. I took a shot at syncretizing our translations, but Chekhov’s quick, lively, humorous sentences now had a disturbing skittery limp that would have alarmed an orthopedist. The text was literally correct but sounded unlike any natural language and was funny for the wrong reasons.

I sent Vlad my new version of the first pages and he reviewed it, shrugged, and argued a couple of fine Russian points, which I, of course, conceded to him. My deadline for submitting the book manuscript was approaching. I asked if he could get me the rest of the translation within two weeks. He sent it to me in three weeks, the day before his wife gave birth.

I started reading the final version and felt myself wincing like someone sitting in the back of a truck that’s gone off-road.

And then, halfway through, Vlad had completely, marvelously smoothed it out! The language caught up to itself and cohered. We were rolling, flying down the highway! Vlad had found his rhythm and a consistent, easy voice: “She was sitting by the window, feeling miserable and cross. It is only by being in trouble that people can understand how far from easy it is to be the master of one’s feelings and thoughts.” Well, wait, that sounded so familiar that he must have borrowed a bit from Garnett. I read on: “Andrey Ilyitch, languid with hunger and exhaustion, fell upon the sausage while waiting for the soup to be brought in, and ate it greedily, munching noisily and moving his temples.” That too was Garnett. As was the next sentence, and the next. Vlad’s entire revision of the second half was Garnett’s!

So I sent Vlad a present for his babies and used the whole of Garnett’s “A Misfortune” in the book.

When I began writing a biographical study of Tolstoy in the years he was writing Anna Karenina, I decided, after fussing with my own herky-jerky translations of passages from my favorite novel, that it would be less distracting to use one of the out-of-copyright editions by Garnett, Louise and Aylmer Maude, or Leo Wiener. My first response to any published translation is gratitude. What else should it be? Of course all three of theirs are better than what I could do, but Garnett’s shines brightest. She once said, “The qualifications for a translator are to be in sympathy with the author he is translating, and most important of all to be in love with words and interested in all their meanings.” She herself demonstrates this sympathy, this love, and this interest to the fullest.

Garnett’s 1901 version of Anna Karenina is so wonderfully hers, and her wordings are always different from mine. She truly has her own voice, but she also hears her authors’ voices and seems to catch their particular spirits. But no English voice can perfectly coordinate with Tolstoy’s, and realizing that is an important part of any good translator’s process of maturation. Garnett aimed only to give every translation her all. Once, having retranslated some stories the original versions of which she thought lost, she discovered those first renditions and realized “that though someone else might do a better version, it was clear that I could not myself. I had done the only version that I was capable of.”

To those objections I can only say: try it yourself. 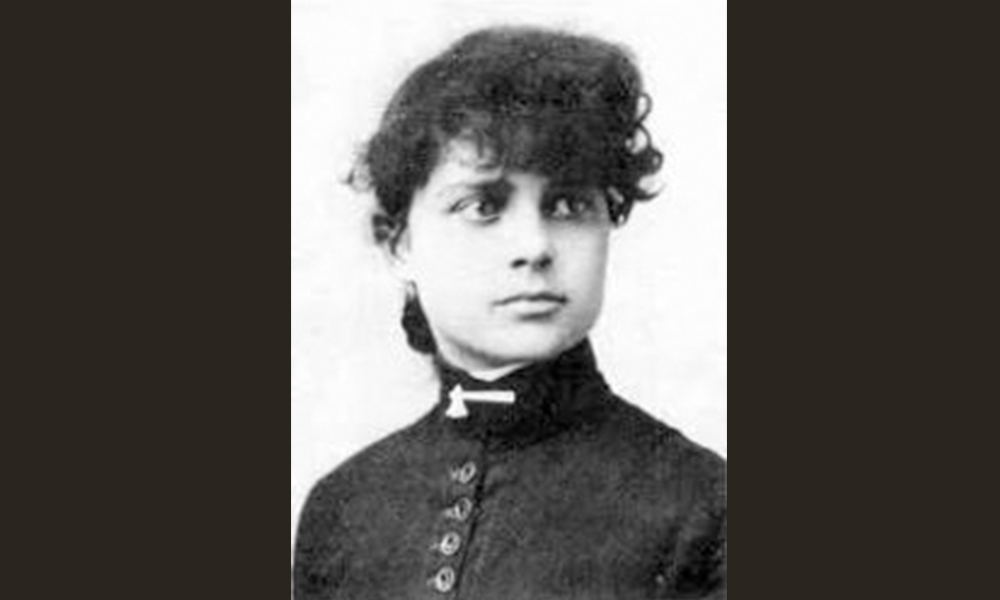