Joan Didion, in “The White Album,” famously identified the Manson Family’s most explosive night of murder as marking the end of the ’60s. “Many people I know in Los Angeles believe that the Sixties ended abruptly on August 9, 1969, ended at the exact moment when word of the murders on Cielo Drive traveled like brushfire through the community, and in a sense this is true. The tension broke that day. The paranoia was fulfilled.” This timeworn narrative, which Didion also helped codify with her essay “Slouching Towards Bethlehem,” tells us that the idealism of the ’60s descended rapidly into nihilism and violence. Manson — along with the deaths at the Altamont Free Concert and the violence of the Weather Underground — has long served as the periodizing marker for this end.

But this narrative misunderstands the full significance of Manson. Didion wrapped him into something like a modern fairy tale, where feigned innocence transmogrifies into monstrous chaos. What mattered was less Manson than the fulfillment of our paranoia. Manson’s tale looks different from 2017, the impoverished Appalachian misfit who found his way west in pursuit of becoming a famous musician, who, when faced with failure, turned to racist resentment and visions of an apocalyptic race war.

Manson inaugurates a period of apocalyptic visions proper to our contemporary moment. The end of the postwar economic boom, which was hurriedly slowing in the late sixties before coming to a halt in 1973, had countless ripple effects, among them a widespread hopelessness in the American project that expressed itself, often, as apocalyptic. Though the explosive popularity of end-of-the-world evangelicalism, from Hal Lindsey’s The Late Great Planet Earth (1970) to the Left Behind series (1995-2007), has had the greatest influence among these apocalyptic visions, those of white nationalists, most influentially William Luther Pierce’s The Turner Diaries (1978), are especially haunting us today. Manson was a canary in the white nationalist coalmine. If Manson’s apocalypse marks the end of the ’60s, it also signals the pivot to the long economic downturn in which we remain.

At his trial, Manson defended himself by declaring, “I’m only what lives inside you, each and every one of you.” He indicted Americans for sustaining their wealth at the expense of have-nots, like himself, and he insisted that well-off Americans could not escape the suffering they imposed on others. He criticized the government for funding war instead of addressing poverty at home. The consequence of these injustices, he said, would be apocalyptic. “When it comes down around your ears and none of you know what you are doing, you better believe I will be on top of my thought.” Manson envisioned his white cult as the true remnant who would rise to power after the end, when he himself would be recognized as Jesus.

Manson had spent most of his life his prison when he arrived in Haight-Ashbury in April 1967, in time for the Summer of Love. He joined the massive influx of young people from around the country, though, at 32, he was older than most. The Haight that summer was filled with street preachers. Manson became yet another. He adopted the idea of free love from the hippies, the idea of free food from the Diggers. His apocalyptic visions had deeper roots. As a child living with his strict Christian grandmother in Appalachia, Manson soaked up the Bible. He blended its lessons with riffs on Elijah Muhammad’s rewriting of the Book of Revelation that Manson picked up from Nation of Islam inmates in prison. For Muhammad, the Book of Revelation spoke to the corruption of whites and the need for a black separatist apocalypse. His idiosyncratic theology was then at the peak of its influence thanks to the apostolic labor of Malcolm X who, at his own power’s height, matched the theology with African American disappointment at the limits of the civil rights movement and frustration with relentless economic injustice. Manson borrowed the corruption, the separatism, and the apocalypse, but placed himself in Muhammad’s shoes, as the incarnation of the divine, a white coopting of identity politics that would become a familiar move.

Whether it was this odd theology or the techniques learned from Dale Carnegie’s How to Make Friends and Influence People, Manson soon gained a cadre of committed followers, mostly young vulnerable women and girls, who came to call themselves the Family. The Family moved to southern California and lived in several places, including the home of Dennis Wilson of the Beach Boys, before more-or-less settling into Spahn Ranch in the Simi Hills west of Los Angeles. Manson wanted to be a rock star, and he worshiped the Beatles — as in, he treated the band’s lyrics as sacred text. As Manson’s recent biographer Jeff Guinn reports, Manson told the Family that the Book of Revelation “predicted that locusts would come, and locusts were, of course, beetles — the Beatles.” The release of the White Album in 1968 proved a turning point. Manson interpreted the lyrics of “Blackbird” to prophesy an imminent black uprising. He claimed that the uprising would be apocalyptic. He named the apocalypse “Helter Skelter,” and said the song predicted the cataclysm: “Look out, helter skelter / She’s coming down fast.” Manson’s interpretive style hints at the reckless fantasy of a kind of literalism that was about to sweep through American evangelicalism as a fear of the racial other, Gog and Magog, and the dream of imminent escape through the rapture.

As many televangelists were about to do, Manson merged current events with numerology from the Book of Revelation to develop his vision of Helter Skelter. He pointed to riots, Black Power, and the Black Panthers, as evidence of the uprising in which, as Guinn writes, “blacks were going to kill most of the whites and enslave their surviving oppressors.” At the beginning of Helter Skelter, the Family would enter a bottomless pit to wait out the violence. There, they would rapidly reproduce until their numbers reached 144,000, as “specified in Revelation 14:3.” Above ground, African Americans “would discover that they lacked the intelligence and organizational skills to run the world.” The Family would emerge from the pit and be hailed as superior, with Manson recognized as the reincarnation of Jesus. Here, in Manson’s full-throated racism, we see prophesy of the white nationalism that was reconstituting itself as apocalyptic after the civil rights movement and Black Power, and which would emerge as a fully genocidal vision with Pierce’s The Turner Diaries about a decade later.

Manson’s apocalyptic rhetoric escalated as it became increasingly clear that he would not make it as a rock star. His friendship with Dennis Wilson never garnered him the record contract he wanted above all else. Wilson’s friend Terry Melcher, an influential producer at Columbia Records, offered Manson his best shot. It was only after Melcher rejected him that the Family turned to murder. In fact, the most famous murders, the ones on Cielo Drive, took place at a house that Melcher had recently vacated. Not long before the murders, Manson had come by, looking for Melcher. To the Family, Manson explained that the murders were necessary to initiate Helter Skelter. The plan was to make the murders appear as if done by Black Panthers — by, for instance, writing “PIGGIES” on the wall in the victims’ blood. The murders, that is, served a dual purpose: they expressed Manson’s furor at failing to become famous, and scapegoated that failure onto African Americans.

If we read Manson allegorically, we must read him not only as representing the violent end of the ’60s, but as the warning shot, the start of a white apocalypticism that was to emerge from the disappointments and dislocations of the long downturn. He wasn’t a hippie or a radical, even if at times he appropriated that language. He was a poor white Appalachian aspirant to an American Dream made ubiquitous by the boom years. Frustrated by his exclusion, he found in apocalyptic rhetoric — by way of the Book of Revelation, the Nation of Islam, and the Beatles — a chance to take vengeance and finally claim his reward: fame. 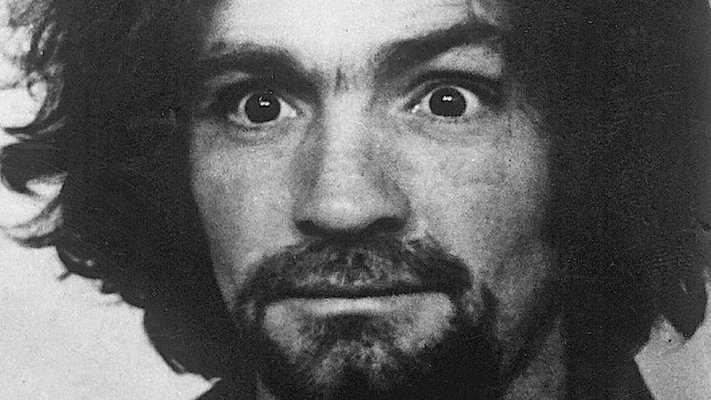