Last Wednesday, Tair Kaminer, a 19-year-old Israeli who has refused to serve in the Israeli Defense Forces, was dishonorably discharged from service due to “grave and malicious behavior.” Military judges had sentenced her to prison multiple times before. When Kaminer is finally released, on July 29th, she will have served almost six months in prison for declining to participate in the occupation of the Palestinian territories — longer than any other Israeli woman.

Kaminer’s story has attracted attention in Israel not just because of the length of her incarceration, but also because of her background. Far from neglecting her duties as an Israeli, Kaminer volunteered after High School to shnat sherut — a year of extra civil service that young citizens may undertake before engaging their lengthy military obligations. She spent her service in Sderot, a town on Israel’s border with Gaza, helping children who were traumatized by Hamas’ rockets. During this time, she reports realizing that she could not join a military that inflicts similar and worse traumas on Palestinians — and she has been going in and out of prison ever since.

Normally in such cases, the military finds a way to discharge conscientious objectors without recognizing their conscientious grounds. For example, Aiden Katri, who also refused to participate in the occupation, and who happens to be transgender, was released from prison four months ago and excused from service due to “mental incompatibility.” IDF officials have insisted that there was no connection between Katri’s discharge and her sexual preferences, but a suspicion lingers that the IDF preferred treating transsexuality as a mental disorder to incarcerating yet another opponent of the occupation. Indeed, before Katri announced her refusal to serve, she had been evaluated by the IDF’s routine mental screenings and was found sound for service. She is now appealing the grounds of her discharge, refusing to allow the military to treat her sexuality — or her conscience — as expressions of abnormality. In the unlikely event that her appeal is accepted, Katri may be sent back to prison. Of the six conscientious objectors who were imprisoned in 2016, five, including Katri, were women.

The right to conscientious objection has been officially recognized in Israel at least since the early 1990s, when the country joined the International Covenant on Civil and Political Rights and the Knesset passed its own human rights legislation — Basic Law: Human Dignity and Freedom — that has constitutional status. Despite these legal developments, the IDF automatically releases thousands of women every year if they only declare that their religious conscience forbids them from service. One way or another, objectors such as Kaminer and Katri are being prosecuted because they specifically refuse to participate in the occupation. Their incarceration thus challenges some common assumptions in Israel about the relation between conscience and the law.

According to the military, refusing to serve due to opposition to the occupation is not moral, but political: an illegal act of civil disobedience, not of conscientious objection. This claim — endorsed by Israel’s Supreme Court when it was still presided over by the notable Justice Aharon Barak — draws on a familiar but outdated distinction between universal and selective conscientious objection. The former, which amounts to pacifism, depends on one’s private, moral refusal to partake in violence regardless of its purpose. The latter, the argument goes, aims not at preserving one’s own moral integrity but at influencing politics by breaking the law.

Whatever the merits of this argument may be, it in fact draws on a fictitious distinction. The scope of one’s objection has no bearing on the question of whether her motives are moral or political. Deep moral reasons certainly can — and arguably should — be directed against specific types of violence, not just against violence in general. Kaminer and her friends no doubt also seek to change politics, and their sitting in prison or release from service also certainly has a political significance. But as long as the reason for their refusal is their conscience’s decree against partaking in the occupation, their political agenda is beside the point. They must be excused from service, because it is impossible to force them to act on principles that contradict their conscience without gravely injuring their right to human dignity.

Justice Barak’s stance on this issue can serve as an illuminating example. In his days as President of the Supreme Court, he allowed the demolition of hundreds of houses owned by terrorists’ families. These demolitions conflicted not just with the Fourth Geneva Convention, but also with basic principles of justice: thousands of innocent civilians, who were not even charged with a crime, were used by the IDF supposedly to “deter” terrorist activity. If Justice Barak was appalled by the military’s methods, his conscience evidently did not prevent him from giving them a hand. If it had, the State of Israel would not have forced him to remain a judge. But by allowing these demolitions, Barak did not participate in the injury of Palestinians only; he also sentenced Israeli soldiers to carrying these injuries out. Unlike Barak, these soldiers are coerced by the state into service. Thus in ruling against the right to selective conscientious objection, Barak’s court undermined the right to human dignity of those whose conscience does forbid them from participating in occupation-methods such as house demotions.

Conscientious objectors find themselves on especially precarious ground in Israel, because their stance assaults the IDF’s status as “The People’s Military” — an untouchable source of legitimacy that transcends politics. Indeed, even Israeli human rights organizations, such as Peace Now and Breaking the Silence, draw heavily on their members’ military background to establish moral authority. In a conversation a few weeks ago, as she was on her way back to prison, Kaminer was careful to reject this logic. She emphasized that she admired these organizations’ work, but also that she already “knows enough”: “I do not think that I should participate in the occupation in order to later be able to ‘break the silence’ about it,” she said.

The IDF’s claim to moral authority finds reference in a well-known clause in its Code of Ethics, which dictates that “manifestly illegal” orders must be disobeyed. As every soldier learns during basic training, in extreme cases one’s own conscience overrides the commander’s authority. The powerful words of Justice Benjamin Halevi provide this doctrine its anchor: “the distinguishing mark of a ‘manifestly illegal order’ should fly like a black flag above the order given, as a warning sign saying ‘prohibited’ […] unlawfulness piercing the eye and revolting the heart, be the eye not blind nor the heart not stony and corrupt.” With these sentences in mind, it is common for Israelis to insist that the IDF is “the most moral military in the world” and dismiss conscientious objectors as anarchist political rebels.

The doctrine that allows “manifestly illegal” orders to be disobeyed may have some merit in the course of warfare, but in the present context its effect has been pernicious. For decades, the military’s day-to-day operative task has been not warfare, but serving as government, police and secret police, exercising legislative and juridical authority over millions of civilians. Under the circumstances of a military regime, it is not some grotesquely illegal order — but the imposition of the law itself — which is the main expression of criminal violence that must be contested by conscience. That’s a fact that the IDF’s Code of Ethics has successfully suppressed. Armed with the “manifestly illegal” doctrine, it has become easier to impose military laws on civilians but remains more or less immune from pangs of conscience. Objectors such as Kaminer and Katri challenge this immunity. Their personal integrity is of great value to Israeli society. One day, perhaps, the country will thank them for their service. 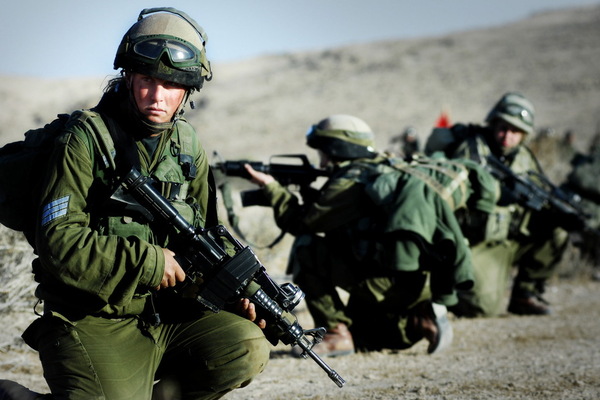