Last December, I mentioned to a friend that I was reading a galley of Kristen Roupenian’s short story collection You Know You Want This. I said it was coming out in January. My friend replied, “Ugh, I know, and I’m dreading it. Everyone is going to be talking about it.”

Is there a name for this feeling? Pre-hype fatigue?

There was the collection’s flagship story “Cat Person,” and then there was talking about “Cat Person,” and then there was the meta-commentary — the discussion of the discussion of “Cat Person.” No wonder my friend hoped to avoid it. It’s indicative of a pervasive lack of excitement in the literary community, that we can so easily predict what will cause a tiresome internet frenzy. And then, like mice in an experiment, we inevitably participate in it.

As expected, the first two reviews were opinionated and polarizing, just another part of that experiment, manufactured in a lab.

Tony Tulathimutte, for The New Republic, called Kristen Roupenian “a raucous and bloodthirsty storyteller who, even when she stumbles, never bores.”

The opposite came from Parul Sehgal, for The New York Times. Her most quoted dig: “This is a dull, needy book.”

Lest you think this was simply the pretentious New York Times rearing its traditionalist head, The New York Times Review of Books extensively praised the book. Lauren Holmes wrote: “What’s special about ‘Cat Person,’ and the rest of the stories in You Know You Want This, is the author’s expert control of language, character, story — her ability to write stories that feel told, and yet so unpretentious and accessible that we think they must be true.”

The NPR review by Lily Meyer quotes heavily from a different book, How to Suppress Women’s Writing by Joanna Russ. It seems Meyer (rightly) suspected that You Know You Want This would receive negative attention, and was ready to preemptively combat it with sections from Russ’s book, which lists tactics that people have used throughout history to discredit books by women. Meyer was correct to assume that the collection would receive negative attention — though whether the negativity was based in sexism is up for debate.

In The Washington Post, Emily Gould, whose honesty I trust as much as her taste, broke down the collection in a refreshing peek behind the curtain of publishing, for those who are blissfully unaware of the drudgery represented by early collections:

Several hundred debut short story collections are published each year, and of those, many are the result of years spent in a fiction MFA program, which typically culminates in the production of a thesis collecting a student’s strongest work. Recent MFA graduate Kristen Roupenian’s You Know You Want This seems like one of them.

While this might be mistaken for a simple disparagement, Gould’s assertion is categorical: the stories read like exercises. The thing about exercises is not that they are inherently bad, but that they won’t be surprising or engrossing to readers familiar with MFA programs and the stories they produce, that they require a longer writing and editorial processes to become something more fleshed out and sophisticated.

The rest of Gould’s review is, as one might guess, critical. But her negativity serves a purpose, a purpose ignored by those angered by the book’s harsher reviews. Gould herself says later in the review: “It does nobody any good, least of all the author, to pretend that the other stories in this collection are anywhere near as noteworthy or as polished as ‘Cat Person.’”

For Slate, some of Laura Miller’s criticisms of the book were that the stories had “obvious morals,” Roupenian was “flaunting her edge,” and the conflicts were “cartoonish.”

Some critics disliked the collection on the basis of the stories being garish and fleshy, pulpy and perverse. I’d remind these writers of the first lesson of book reviewing: You can’t criticize a book for not achieving something it didn’t set out to do. Finding fault with perversion is a moral judgment, not a craft based one, and it shouldn’t be treated as such under the mask of aesthetics.

The Boston Globe reviewed Roupenian’s debut favorably, calling it “a scintillating new debut collection, with a glorious revenge comedy at its center,” and Entertainment Weekly said “You Know You Want This is a spiky, ruthless little book, as confrontational and ugly-honest as its title.”

What this array of opinions reflects, of course, is simply taste. Everyone has their own. We’re primed to see this as dramatic because of the lead-up to the collection, but it isn’t, not really. Many books have received mixed reviews, and more books would if they got the publicity that You Know You Want This had.

I wanted to understand the response to this book not just in the reviews, but in the hands of the people — on Twitter. I opened a Tweetdeck. One of the first tweets I read implied that Parul Sehgal was an “envious motherfucker” for her negative review of the book, especially with respect to the hefty advance Roupenian received for it. Sehgal, in a position at the most well regarded book review section in the country, is a critic, not a novelist. If Sehgal was jealous of Roupenian’s advance, why wouldn’t she review every book written by a wealthy person negatively?

After reading 20 or so reviews of the book, and countless tweets, my brain began to feel like it was oozing out of a sieve. Of course, this is a common effect of spending too much time on the internet — but it makes sense. This is a tale of the internet. A story went viral, its publishing house rushed it to publication so it could ride the coattails of the internet story’s initial success, it became an internet book, which we talk about on the internet, and what will happen next? In all likelihood, nothing. The literary sphere will remain unchanged.

Well, one thing changed: Roupenian now has a million dollars.

A literary agent and podcast host tweeted the following, insinuating that any mention of Roupenian’s advance is suspect and trivial:

Watching the acrobatics of writers posturing in their reviews as not jealous of Kristen Roupenian, while still mentioning her auction and her HBO deal as evidence of her (lack of) literary merit, paints a far darker picture of human pettiness than any of her stories.

I’m not sold on the “logic” this tweet espouses: I’ve read all of these reviews, and none of them posited the auction or the deal as the reason they criticized her collection. They mention the money because it is part of the story.

There were probably another 20 tweets between this one and the one calling Parul Sehgal an envious motherfucker that posited the same assertion: anyone who detracts from the book’s merit is jealous.

The idea that all writers who mentioned Roupenian’s advance wrote bad reviews out of envy is, well, very boring. Everyone wants more money, but we figure out how to go about our lives while talking about other things. There are other rich writers, and I suspect that if you made a chart of writers who got large advances (not to mention writers who were born rich, or married rich) and mapped the percentage of reviews that were negative, there would be no correlation.

People are boring and petty, but most adults manage to put aside their boring and petty love of money to come up with more acute and interesting opinions — as the reviews of You Know You Want This, both good and bad, have done. It’s part of the job of a professional book critic or a professional author to put aside personal issues when they review a book — if authors can refrain from reviewing the books of their personal nemeses and rivals, they can have opinions about a book’s stylistic merit that are not directly related to the author’s newfound financial standing.

The charge of jealousy again falls away when we look at the women writers who have been, for the most part, treasured by the literary community. If people were jealous of acclaimed women, wouldn’t there be more negative reviews of Sally Rooney? Ottessa Moshfegh? Catherine Lacey? Emma Cline? It’s not because Roupenian writes about sex. So do Rooney, Moshfegh, and Lacey. Moshfegh writes about gross women too.

Claiming that women who criticize other women can only possibly be jealous of their fame or money is blatantly sexist — it’s buying into age old tropes that women are nothing but cisterns for envy. The women who wrote these reviews likely have their own deeply complex relationships to praise and criticism, other female writers, and the capitalism of writing. Rather than giving away a hungry jealousy, the reviewers have simply pointed out an important distinction in the fraught world of publishing — money cannot buy literary acclaim.

There are things that money can’t buy — happiness, of course, among them — but there’s also many that money can. Money can buy a house, where you can leisurely read the work you admire, practice writing stories that are not dependent on a peg or a cultural moment. Money can buy you time to edit those stories without rent collectors breathing down your neck. If I were Kristen Roupenian, I’d use the advance to buy a house. 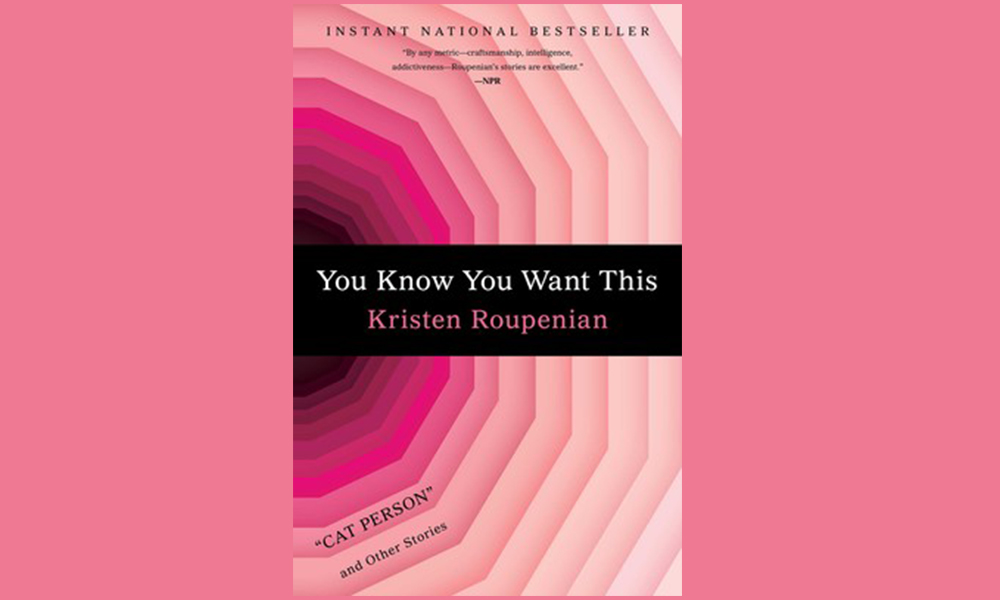