With the rise of Trump, many of us have become resigned to the fact that our political and electoral agendas are essentially set by cable television ratings. Unfortunately, the same holds for our moral vistas.

For example, one of the most egregious and unconstitutional policies implemented by the US since perhaps the Japanese internment camps is the indefinite imprisonment of suspected terrorists without trials in the Guantanamo Bay detention camp. There was some buzz about it during the Obama administration, but the issue now seems to have been put to bed — or at least a deep freeze.

Kierkegaard foresaw the present age as one that would take its cues from mass media, burst into enthusiasm, and then quickly lapse back into lethargy and indifference. Consider the now and again rumblings about reparations. But make no mistake, we won’t hear a peep about reparations in the 2020 election cycle.

So, it is with a sense of resignation, a dash of cynicism, and some self-directed laughter that I insist that it is the duty of the federal and/or state governments to make reparations to heirs of the four thousand plus victims of lynching in the US; victims such as Emmett Till, the 14-year-old tortured and killed in Mississippi in 1955 — the Emmett Till whose memorial plaque was recently shot up by University of Mississippi students.

The Tuskegee Institute estimates that some 4,743 people died in organized racial murders between 1882 and 1968, including 3,446 African Americans and 1,297 whites. The Equal Justice Initiative has a slightly different tally of 4,084 African Americans being lynched between 1877 and 1950.

These mob executions, sometimes attended by as many as 25,000 spectators, routinely included dismemberment, burning, and other forms of medieval torture. The degree of pure sadism that marched in these murders is enough to hang the jaw of the most jaded reader. For a sample to be skipped over by the squeamish, take the death of Claude Neal. In Florida in 1934, Neal, who, based on circumstantial evidence, was accused of raping and murdering a white woman, was dragged from his cell by a mob. As the newspaper account goes, after castrating Neal, the mob

sliced his sides and stomach with knives and every now and then somebody would cut off a finger or a toe. Red hot irons were used to burn him from top to bottom. From time to time during the torture, a rope would be tied around Neal’s neck and he was pulled up over a limb and held there until he almost choked to death, when he would be let down and the torture began all over again. After several hours of this punishment, they just decided to kill him.

Many victims were burned at the stake — slowly. The vigilantes, who were frequently from the merchant class and who in all likelihood would be found in the pews on Sunday, would start the auto-da-fé, put it out, then start it again. This was the unthinkable fate of Lloyd Warner when he was burned alive in St. Joseph, Missouri in 1933. The coda to a newspaper report of the killing reads: “As the body slumped, wood was piled on and the fire was lighted a third time. The crowd cheered and laughed.”

The majority of these murders took place between the 1890s and 1920s. More than two-thirds of these killings occurred in the South, with the vast majority of victims being African American.  During that dark age, no president took a strong stance against lynching for fear of losing the southern vote. Upcoming lynchings would frequently be announced on the radio days ahead of time. On many occasions, Northern newspapers would send reporters south to cover the carnage. When this harrowing machine came to town, there had to be Atticus Finch type individuals who deplored the macabre events, but they rarely spoke up. Moreover, there were few, if any, whites who ever served prison time for organizing a “necktie party.”

In 1963, Bob Dylan recorded the “The Lonesome Death of Hattie Carroll.” The haunting protest song, which awakened the sensibilities of none other than President Carter, relates the true story of a rich man who, out of nowhere and in plain sight, beats a black maid to death with his cane at a Baltimore dinner party. Throughout the chilling verses, Dylan refrains, “Take the rag away from your face, now ain’t the time for your tears.” When, however, he reaches the court scene and the judge lets the killer go with a six month sentence, Dylan brings it home, “Bury the rag deep in your face for now’s the time for your tears.”

With regard to our history of collective violence, now is as good a time as any for our tears.

In April of 2018, the National Museum for Peace and Justice, more popularly known as the National Lynching Memorial, opened its doors in Montgomery, Alabama. Ironically enough, sweet home Alabama was a hotbed for lynching, fertile loam for that “strange fruit” that Billie Holiday sang about so plaintively.

But more than tears and memorials, it is — or at least should be — time for reparative justice, for reparations. After all, with lynching, there is no place for the usual dodge that it happened more than 100 years ago!

Prisoners unjustly locked up who are later found to be innocent and released from custody are usually compensated for their lost years spent behind bars. Likewise, the progeny of victims of lynching should be remunerated for the wrecking ball that was run through their families, while the powers that be winked and looked the other way.

A professor of Philosophy at the St. Olaf College, Northfield, MN, Gordon Marino is the author of The Existentialist’s Survival Guide (Harper 2018). 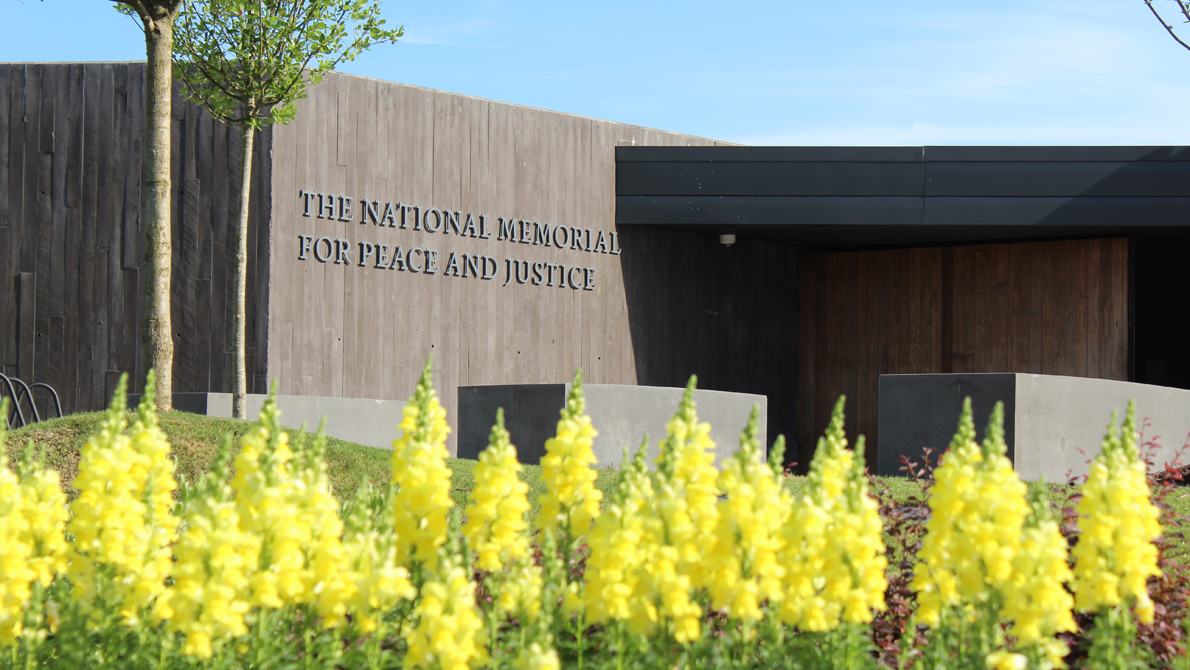