On April 15th, 2017, arms-toting members of white nationalist groups the Oath Keepers, Proud Boys, and Identity Europa were among hundreds of self-described “Pro-Trump” activists roaming the streets of Berkeley, California looking to confront — and fight — activists protesting white supremacy and neo-fascism. Their “Free Speech” rally, as it was dubbed by organizers, ended in a melee captured on video showing Identity Europa co-founder Nathan Damigo, an acolyte of KKK member David Duke, punching Emily Rose, a feminist activist, square in the face.

Organizers of the “Patriots Day” rally chose their location — and theme — carefully. Just two months earlier, thousands of activists at UC Berkeley had helped to disrupt an attempted speech by Milo Yiannopoulos, a darling of the alt-right who routinely shames gay, lesbian and transgender people; has threatened to “out” undocumented immigrants and posts the phone number for ICE; and who has direct political ties to white supremacist, neo-Nazi groups like Daily Stormer. April 15th would thus serve as payback against the Berkeley campus and its dissenting student activists, while appropriating a “Free Speech” banner to promote openly fascist ideas.

Weeks after the Berkeley rally, Princeton University Professor of African-American Studies Keeanga-Yamahtta Taylor was forced to cancel two public lectures when she received multiple death threats after criticizing President Trump at a commencement speech at Hampshire College. Yamahtta-Taylor, who is African-American, was threatened with lynching, called a “N…..” and “b….,” and received a message threatening to put a “bullet from a .44 magnum” into her head. Yamahtta-Taylor was not alone: between the late Fall of 2016 and the Spring of 2017, Trinity University Professor Johnny Williams, Drexel University Professor George Cicciarello-Maher, and Syracuse University Dana Cloud were all targets of death threats or vicious personal attack for expressing progressive political points of view.

It was the conjuncture of these events at U.S. university campuses that motivated more than 40 academics last June to formally launch the Campus Antifascist Network, a national coalition of full-time faculty, part-time faculty, graduate students, undergraduate students, and community activists committed to protecting Universities against the encroachment of white nationalist, white supremacist, and neo-Nazi thought. Indeed, for those of us living and working on U.S. campuses, Trump’s election has served as a wake-up call to the long-seated desires of the American hard right to re-route higher education in a reactionary direction. For example, since Trump’s election, more than 200 U.S. campuses in 42 states have seen incidents in which white supremacist groups like Identity Europa post recruitment fliers on doors and buildings. Last August, Richard Spencer led hundreds of torch-bearing white supremacists across the University of Virginia campus as a prelude to the next day’s violence that claimed the life of activist Heather Heyer. At Purdue University this past Fall, anonymous persons arranged tables in the University Honors College into the shape of a swastika just outside the door of an openly gay Jewish employee. This past week, the Washington Post reported that fascist and neo-fascist groups plan to redouble their organizing and recruitment efforts on University campuses in 2018.

The Campus Antifascist Network was formed to organize directly against this trend, and to defeat it, especially in the face of University administrations which have regrettably either turned a blind eye to the rise of fascism on campuses, or in some cases, defended white supremacy or neo-Nazi ideas under a “free speech” banner. The University of Florida, for example, allowed the pro-fascist thinker Richard Spencer to speak at the campus last October after attorneys threatened a lawsuit for potentially violating Spencer’s freedom of speech.

CAN, as the Network refers to itself in acronym form, takes a different position: it argues that fascism is not free speech, and that fascists should not be given a platform on University campuses. Rather than turning to unreliable University administrations to silence fascist voices, it calls on students and faculty to organize, educate, and agitate about the history of fascism, and to use the campus as a space to build a strong anti-fascist current in American politics.

Indeed, CAN has focused on free speech as a notion intimately connected to both the idea of liberal education and specifically to the humanities. We are often asked — in protesting, interrupting, disrupting fascist speech — are we not contradicting the purpose of the academy? Are we not blocking the advancement of knowledge and learning, and imposing a regime of censorship? In terms of the humanities, are we not squelching the lifeblood of ideas — language itself — and the possibility of debate and truth-testing?

We can answer this question in two ways, to which too many academics (especially administrators) seem almost purposefully blind. The alt-right cloak themselves in the mantle of “Free Speech” particularly because they seek to enter spaces dedicated to the pursuit of knowledge. They deploy “Free Speech” only to further constellate a hegemony sanctioned by Donald Trump’s state power and expressed as racism, sexism, heteronormativity, and ethnonationalism. They reconceive “Free Speech” precisely in pretending to be entering into a contest of ideas, when their intent is recruitment to a deeply reactionary, and always already violent, social program. Unfortunately, campus administrators fall into this trap over and over again.

This would be relatively inconsequential if it were not for the second issue to which we have consistently called attention. In a piece that appeared in The Nation, we explained how campus administrators are not letting in “new ideas,” but rather opening their doors to fascist agitators who intend to harm their opponents through doxxing, intimidation, online harassment and in -erson stalking — as in the case of Yamahtta-Tayor discussed above. CAN seeks to safeguard and guarantee the free speech rights of antifascist student protesters whose private social media accounts are sometimes hacked into, or who are video recorded in class or at campus protests — videos later posted to the internet by alt-right groups like Turning Point USA — making them vulnerable to any right wing lunatic who logs onto the internet. It is this right to protest that “free speech” advocates are trying to shout down — it is our intent to not let them succeed. This is a critical part of CAN’s educational mission. Another part of its mission is to educate administrators and faculty as to how to make sure members of campus communities are as safe as possible from both illegal internet and physical attacks.

To this end, CAN now has branches at 13 campuses across North America, and one in the U.K. While the activities of each branch vary, most do their part to combat the rise of the campus alt-right by hosting educational events on right wing extremism and white supremacy; others provide resources for students and teachers. They also build coalitions with groups on campus directly impacted by Trumpism and alt-right politics, especially those representing people of color, Muslims, immigrants, queer communities, and women and gender minorities. Through such means, CAN branches lay the groundwork for counter-protests against alt-right speakers while at the same time doing their part to try to push back against racism, Islamophobia, homophobia, and transphobia.

For example, the CAN branch at the University of Connecticut has hosted and organized a full schedule of events — led by undergraduates, graduate students, and faculty — on fascism and discrimination on campus. These were put to the test quite dramatically this past November when Lucian Wintrich, a Milo Yiannopoulos protegé, gave a talk on campus called “It’s OK to be White,” a title taken directly from the white supremacist internet underworld of 4Chan.

In tandem with a whole range of campus groups, UConn CAN went into action, getting people out to protest Wintrich and to make sure he did not have a friendly audience. CAN members helped ensure that at least 75% of the 200-member audience were hostile to the speaker, and that there were at least 100 other hostile people outside who couldn’t get in. After Wintrich flashed the Pepe the Frog meme (a signature trope for pro-fascists in alt-right circles) in his PowerPoint presentation, CAN helped to lead a mass walkout. With people milling around the room waiting to exit, a woman took the speaker’s lecture notes amidst the chaos; he tackled her trying to get them back, at which point the police arrested him. Without a doubt, the people who showed up to protest the event shut it down. They did it with heckling, a walkout, tense exchanges, but without initiating any violence on their side.

This latter point is important, as conservatives from Donald Trump on down have insidiously attempted to demonize and even criminalize anti-fascist protest in the name of tacitly or overtly defending white supremacy. Trump’s comment that that were “bad people on both sides” after Charlottesville was an attempt to conflate fascist violence with fascist resistance. It was an attempt to turn political reality upside down.

In its philosophy and tactics, then, CAN honors a proud, popular tradition of antifascism that many Americans have forgotten, and which the alt-right seeks to erase. Its history in the United States has included coalition building, education, and community work, from the Hollywood Anti-Nazi League of the 1930s, which featured prominent writers Dorothy Parker and F. Scott Fitzgerald; to the Jewish Labor Committee of the 1940s which sponsored refugees into the United States fleeing the Holocaust; to the coalitions that rose to confront Joe McCarthy in the 1950s and then George Wallace in 1960s; to the LGBT-led campaigns against the Christian Right in the 1980s and beyond. Indeed, in American history such luminaries as Albert Einstein and Langston Hughes have been antifascists, as was the great Billie Holliday. For these people, fighting fascism, white supremacy, and anti-Semitism were not just virtues of being progressive: they were a mandatory form of political empathy and common sense.

CAN is winning the fight against fascism on campuses because it hews to just such a political logic. We are a big tent united by one essential idea: that white supremacy, racism, Islamophobia and bigotry of all forms must be defeated. For us, there is only position to take on fascism: against.

We encourage University faculty, students, and staff everywhere to join us. Write to us to learn how to organize your own CAN chapter or reading group at [email protected]. Help keep our university campuses safe, alive, and fascist-free. 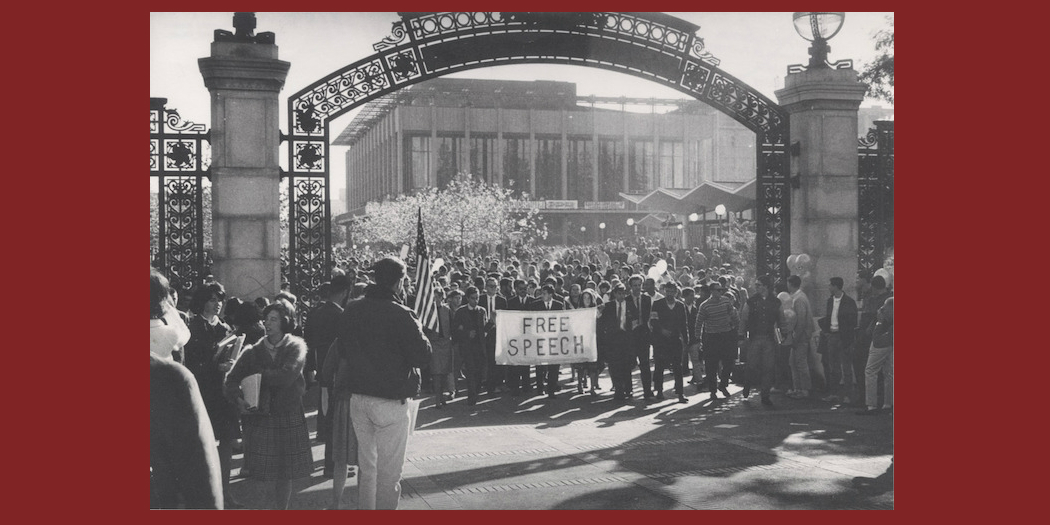