The week before the world changed, I was in Nashville, Tennessee for the National Conference on Higher Education in Prisons, where I was struck by a realization that my experiences here in California were quite different from those of my colleagues in other states. The most poignant example came in a workshop I took with Reforming Arts of Georgia. The facilitators asked us to share something about the place we come from. We started with the concrete — geography, neighborhood — and gradually moved into more nuanced areas — identity, values — and, as each person shared, those who agreed with the statement or had had similar experiences moved to a new spot.

Of course experiences growing up in California were different; more striking to me was how accepting they seemed to be, compared to the others. At one point, someone said, “Those things don’t happen here,” and several people moved. I didn’t, because this didn’t resonate with me; in fact, the opposite did. I grew up in Los Angeles with parents who came from the East Coast, by way of Oklahoma and Boston. When I was a kid, I remember my mom telling me that people derisively called California “the land of fruits and nuts;” before I knew what that meant, it sounded cool and fun. I remembered that in the circle in Nashville and realized for the first time that I had taken for granted the fact that we not only accepted but embraced that diversity. I know it sounds terribly naïve but I was under the impression that everyone did; this is America, right?

“Where I come from, people move here so that they can do those things,” I said. People looked confused. A woman from Brooklyn walked, and one or two more. Later, in a small group, I explained that people often move to where I am from, California, so they can do and be who they are and embrace those things — whatever those things are that brand people as “other.” One woman looked awed, like I was describing the promised land. It made me happy and proud to be of and from California, where people embrace change and difference, where multiple languages are spoken every day and people come from all over the country and world to be who they are, to love who they love, and to follow their dreams. But I was also sad that so many Americans grow up in ways that make them feel, often very directly, that who they are is somehow wrong or that, as one woman said, who they are will lead them to hell. No, California is not perfect. There are those that reject, and people that feel rejected, here. But overall, we are a wild bunch that resists categorization and uniformity. Where were those other places, that bred hate and stigmatization?

When news of the election broke, I felt — like so many others — lost, disoriented, angry, sad, and confused. I kept thinking: who are these people? Who are these folks voting for a person that is so openly full of hatred and misogyny, and on top of that, has so little experience? Everything about him was antithetical to the place I called home, to the country I thought I knew, and suddenly my experience in Nashville felt like a premonition, or a window. The whole thing reminded me of a decades-old conservation I had with a wonderful tattooed stranger in a place that no longer exists.

In the summer of 1990, I graduated from UC Berkeley, donned my new backpack, a gift from my siblings, and hopped on a plane by myself. I was young, optimistic, curious, and ready to see the world. I made my way from California to New York, and then to Jerusalem, Athens, Istanbul, Rome, Amsterdam — I took trains and boats, buses and cars, and even hitched, something I wouldn’t have dreamed of doing in the states but that somehow seemed acceptable on this adventure, where everything was alive and new. I was standing on the side of the road in what was then Yugoslavia, when a little red car that had seen better days pulled up. I opened the door and took a beat; the driver was a large man, tattooed from head to toe, but something inside me said it was fine, and I got in. I am grateful to have had either great luck or great instincts, because as it turned out he was wise and kind, and told me something that still resonates, especially in the wake of this very strange election season.

As we drove along a beautiful winding road towards the Italian border, he told me about his country. Neither of us spoke one another’s language but he was much more adept than I and eager to share, as so many people were, with an American. (I can’t help but wonder if this is still the case for young travelers around the globe.) But the conversation was strange. It sounded like he was describing many different places instead of one. I kept asking questions, trying to understand, and coming up short. I hopped out, thanked him, and went on my way. Not long after I returned to the US, news broke that Yugoslavia was at war. Soon, it broke into multiple countries and my driver’s disjointed description of so many places as one began to make sense.

This conversation came back to me in the wake of our recent election and its disturbing aftermath. I don’t know if we are headed the way of Yugoslavia; no one does. But I do know that the place I call home, the place where I come from, isn’t anything like the place that just elected Donald Trump as our next president. I live here in the US but there is something amiss and unsound when so many of us feel stunned and confused. If someone tried to explain our country to a visitor today, would it make sense? Would it cohere, or would the listener be left with as many questions as I was those many years ago, on a winding road with a kind stranger in a nation on the brink of breaking?

Regardless how you answer these questions, it’s hard to know what’s next. I think more than ever that the next step is speaking up, sharing and giving, and standing together with those that are vulnerable. On November 9, I went to Homeboy Industries, a quintessentially Los Angeles place, ostensibly to deliver a book, but really to find hope and sanity. I did find it, in the bookshop when I met a staff member at Homeboy industries, who grew up in Echo Park and had been incarcerated for several years before getting out and coming to Homeboy. “How are you doin’?” He asked as I paid for my T-shirt and mug. “Still reeling from the election,” I said. And he looked right at me with this full force of positivity and light, “nah,” he said, “we have to hold our head up in victory! We have to keep our spirits up!” We had a nice conversation about growing up in LA, the exciting news of our new Senator, Kamala Harris, local politics and local prisons, and more. But when I left, he didn’t forget what had happened when I arrived. “Take care and stay positive,” he said. 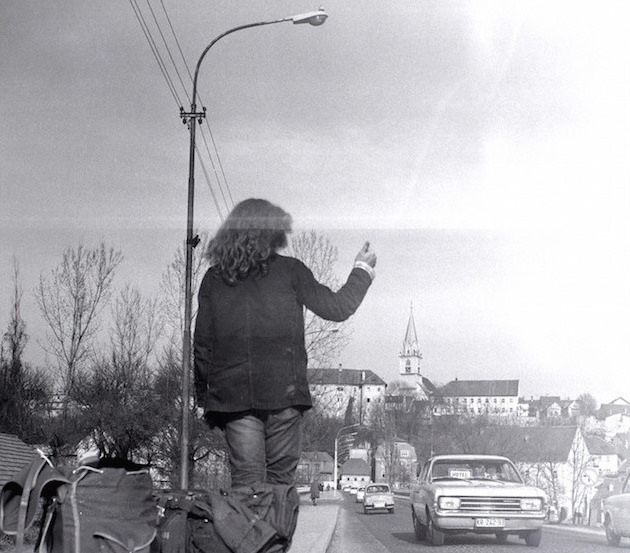