Go back a couple of generations and nobody called us “white,” so we had no way of really knowing about our privilege. We were Armenian and Christian, third-class citizens — that we knew for sure. The first-class citizens were Turks and Muslims. They killed one-and-a-half million of us.

My paternal grandfather had a wife and two kids. After it was all said and done, only my grandfather was left.

He escaped to America in 1918, but not as a white person — not yet. It wasn’t until 1925 that an Armenian successfully argued in United States v. Cartozian that he was white. The first Armenian arrived here in 1618 and settled in Jamestown, so it was some 300 years before we enjoyed white privilege.

In America, my grandfather married a widow with four kids, and named the two children they had together after the two that had been slaughtered. In a place called Weed Patch, he picked onions and later bought a farm a little west of Fresno. He had privilege. Still, from the lingering grief there were times when he’d lie in a ditch and throw dirt on himself until you couldn’t see him if you passed.

My maternal grandmother’s village was pillaged and the Armenians rounded up. A beauty, grandma was saved when a Turkish officer snatched her from the death caravan. The two had a baby. My grandma’s brother then found passage for her out of Turkey into Egypt. She crossed the Mediterranean on boat with the infant, but he died on the voyage. She buried him at sea. A white infant by a white mother.

When I hear the word “survivor” these are the people I think of.

Nobody wanted a woman who was once married to a Turk, so she married a much older man, and they had four children. They did well in Alexandria, until World War II, when the Italians dropped their bombs. As the sirens sounded, they’d scuttle into shelters night after night. One morning they returned home, only to discover that it and the little basement workshop where my grandfather made shoes was blown to bits. Shortly thereafter, my grandfather died from cancer, but maybe, too, from heartache.

The family was living hand to mouth. My mom was sent to a “family friend” because my grandmother couldn’t care for her. There she was repeatedly raped. After the war, she and her sisters learned to do pedicures and manicures to make ends meet. But because they were Armenian and Christian, work got harder and harder to keep. My grandmother had escaped a genocide in Turkey and now Arab nationalism was driving her out of Egypt. Five days a week, she walked to the American consulate to see if her immigration papers had come through. That’s how it was for the whites.

Both my Dad’s parents were dead before he was old enough to drive. He had polio. One leg was tapered like a baseball bat, and to compensate some for his stunted foot — so malformed it was frankly hard to look at — he wore two pairs of socks. He was a farmer, and so, by hook or crook, he had to work with that foot, row after row, ditch after ditch.

One day his half-brother pointed a shotgun at him in the middle of the 50-acre farm they’d inherited, and said, “You have no place here anymore.” My father, barely thirty years old, never stepped foot on that farm or talked to his half-brother again.

To keep a roof over our heads, my father drove a semi-truck full of peaches or nectarines or cucumbers from Fresno to Los Angeles and back, all in the same day.

Trucks in the 1960s were nothing like they are now. In the blink of an eye, you could lose control of an 80,000-pound semi a hundred different ways. In the summertime, you could pass out from heat-stroke at the wheel since there was no air conditioning. At the end of the Tehachapi, there was a steep slope dropping into the Central Valley. There, they had a special uphill ramp that truckers could divert to when their brakes gave out. My Dad used this ramp twice.

I’d sometimes lie awake until well past midnight listening for his truck to roll in.

“Dirty black Armenian” or “low class Jew” — or worse “Fresno Indian,” a phrase of comparable hostility and contempt as calling a black person “nigger” — is what they called us back then. “No Armenians allowed,” was inscribed in housing tract covenants, right through the first half of the 20th century. “Janigan,” not “Janigian,” is how my father pronounced his name to strangers.

From what they’d been through, “wild” Armenians were everywhere in Fresno those days. You can read about them in Saroyan’s short stories.

We had no money, barely enough to make the $60 a month rent for our two-bedroom house. The carpets were so threadbare you could see right through to the wood. When it rained, we’d catch drops from the ceiling in empty coffee cans.

My mother got up before the sun rose and took a bus across town where she’d worked waxing women’s legs and digging scum from beneath their toe nails.

My dad got drunk a lot. He’d take a bottle of whiskey out on the patio and tell us “leave me be.” He looked sad and worn-out with his “privilege.” Once, my mother brought us into their bedroom where he lay with his eyes closed, but not sleeping. He was thinking of suicide, and my mother felt that if he had his children near, he’d think twice. We stayed at this bedside all night long, in shifts.

During the summer, when the heat could run in triple-digits for two months in a row, we’d toss and turn in our own sweat because we didn’t have the money to get our little swamp cooler fixed. By midnight, the heat stored up in my body would turn it white as coal.

Even some of my closest friends don’t know these things. I can’t decide if they are too painful to talk about, too embarrassing, or if I’m afraid of inviting pity.

My parents knew some actual white people. We occasionally visited them in their all-American air conditioned homes. I didn’t want to leave. White was air conditioning, white was shag carpets. White was Marie Tyler Moore that I loved to watch on their color TV.

My brother and I pulled a little Radio Flyer filled with fruits or vegetables that my father farmed (when he wasn’t hauling other people’s produce) around the block, knocking on doors. The old genocide survivors, all “white,” all “privileged,” would haggle over a nickel a bag. Some had beat back starvation by eating weeds on the death marches, so we didn’t take it personally.

My first hired job was picking onions with a little shovel, just like my grandfather did in Weed Patch. When my brother was old enough, he washed dishes until midnight in the steamy smelly kitchen of a third-rate steak house for $1.50 an hour.

Our junior high school was probably 90 percent black and brown. I first learned that I was white and privileged there. I had no idea about it in elementary school. We were all just kids.

Random Mexicans wanted to kick my ass because I was white (strangely, the black kids didn’t seem to care one way or another). “La Raza,” they’d yell, almost spitting in my face. I learned to run fast. I set a school record for push-ups and sit ups. I could fight pretty good.

One day, my Mexican metal shop teacher called me a “Fresno Indian.” He had a sick smile on his face when he said it, but I had no idea what he meant, so I asked my dad when I got home.  He threatened to kill the teacher with his bare hands, and for many months afterwards I believed he would.

Another day, Hector Ramirez came up from behind as we filed into the gym. He sniggered “white boy,” and slapped me in the back of the head. The guys made a circle around us, howling “WOOOO.” “Let’s go puto,” Hector said, squaring off. I hit him once in the face. He fell backward. I hit him again and he went down, blood spurting from his nose. I got in a couple of kicks to his stomach before the guys broke it up. In revenge, Hector’s gang vowed to jump me after school. They had knives. Sometimes this is what happens to people who have privilege.

There was fighting at home too. Once my parents got in a huge fight because my father had to hock my mom’s wedding ring to make the rent. Another time they got in a fight because my mother wanted to take welfare, but my father refused. He was too proud for welfare. Mexicans and blacks took welfare. Armenians, never!

After living on the bad side of town for 14 years, my parents finally moved us to the good side. It was a grand house with clean carpets and air conditioning. For the first time in my life I had my own bedroom. Now, I could go to school and not worry about being jumped. Now I could sit in a classroom that didn’t erupt into chaos. Now I didn’t have to worry about being a “white boy.” I was grateful to my grandparents, my parents, for giving me this privilege.

My brother and I worked like hell through college and finished our degrees.

The fear of being poor never subsided, even when I had a little money. As a graduate student, I lived in a house in Pomona for $200 a month with a friend. The neighborhood was so riddled with crime that police would sometimes stop by and tell me I should move. Choppers just outside my second story window woke me up nearly every night. One day I came home only to find a black guy carrying my TV out the front door. He actually said “sorry,” politely handed it to me, and ran away. Another time, a black man strode right into the house. He was trying doors, and ours was unlocked. He pointed a gun at me, saw that for whatever reason I wasn’t scared, and left.

Maybe he would have figured a way out of this mess, and won his suit, but before he could do either, he died of a sudden heart attack. My mother declared bankruptcy and had to start all over again, like she’d just arrived here from Alexandria, working 12-hour days popping white heads and manicuring mostly white feet.

I got a PhD and my brother an MD. My mother got multiple myeloma, cancer of the bone marrow. She did her cosmetology in a tiny room with no ventilation, all to save a few dollars a month rent. Probably, the carcinogenic fumes she inhaled from the polishes, cleansers, scrubs, and waxes she worked with for decades are what triggered the disease that took her kidneys — before it had even finished crumbling her bones — and killed her.

Today, my brother lives in a beautiful house with his wife and two kids on the Riviera in Santa Barbara. They can see the ocean from their back yard. I live in a handsome home on a nearly one-acre lot in one the loveliest neighborhoods in Fresno, where two generations ago I wouldn’t be allowed. One of my kids goes to Stanford and the other to University of California, Santa Barbara. But since my wife is Korean, I tell them, “Don’t worry girls, you may sneak by yet.  Remember, you’re only half-white.” 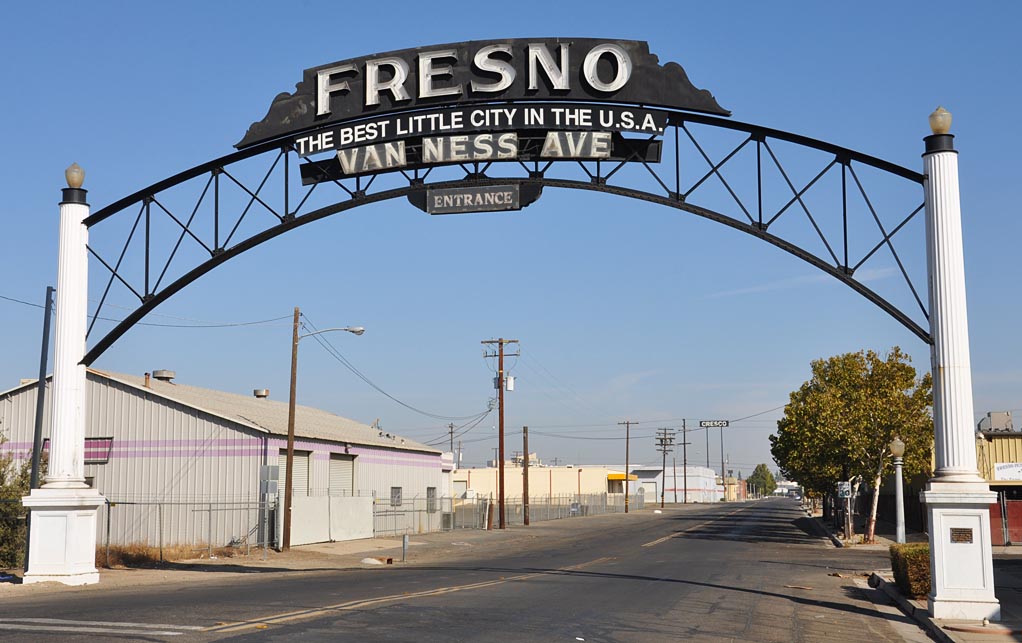