The following is an excerpt from Alchemy of the Word: Writers Talk About Writing (2nd Edition).

We’ve been shadow spirits lost between our nondisabled (for most of us) upbringing and our disability lessons in life. -Carol Gill, Ph.D.

1. Adapted from the introduction to Staring Back: The Disability Experience from the Inside Out, the first commercially published multi-genre anthology of disabled writers writing about disability, published by Penguin/Plume, 1997:

In the summer of 1989, I began searching for the words with which to begin speaking about my own experience living with a congenital physical disability, a disability I was born with for no known scientific reason, a disability with no medical name except the generic “congenital deformities of the lower extremities” — one way of saying I was missing bones in both legs. I took the initial steps of finding the language, unearthing the images, shaping the forms with which I could express an experience I had never read about before, so that my experience as a person with a disability could become meaningful to others.

What I remember most about that summer is wanting to throw all those drafts away, not thinking them poems. Not having a role model in whose steps I could follow, unsure of my own identity as both a writer and a person who lives with a disability, I felt like one of those shadow spirits that Carol Gill writes about, unable to successfully meld on the page the nondisabled world I lived in with my experience of being disabled in that world.

I also felt afraid. I felt a fear that Anne Finger was writing about at almost the same time in Past Due: A Story of Disability, Pregnancy and Birth. In Past Due Finger recounts her experience at a feminist conference when she talked about her inhumane treatment as a child in the hospital because of complications from polio. After Finger publicly shares her story, a colleague says: If you had been my child, I would have killed you before I let that happen. I would have killed myself, too.” Finger reacts:

My heart stops. She is telling me I should not be alive. It is my old fear come true. That if you talk about the pain, people will say, ‘See it isn’t worth it. You would be better off dead.’

If this was a friend’s response to Finger’s experience, how would my friends, not to mention those who did not know me, react to what I had to say? And, after learning what I had gone through, how could they believe there was so much more to living with my disability than pain?”

2. Our Raft Among the Abstract World

The problem, unstated till now, is how

uncured     ungrieved over     The problem is

to connect, without hysteria, the pain

The best world is the body’s world

misshapen so     yet the best we have

our raft among the abstract worlds

and how I longed to live on this earth

In her article “Scars in Crip Poetry,” disabled disability and performance scholar Petra Kupfers sees Rich’s poem as talking “about scars that move across, from one body, onwards, outwards, connecting… presenting ways to keep safe the body’s world with its specificity… its strength of emotion, its unbalanced singularity — and make it resonant with others, with shared pain, ‘any one’s body.”

In the article Kupfers also talks about my poem, “Body Language”:

What is a scar if not the memory of a once open wound?
You press your finger between my toes, slide

the soap up the side of my leg, until you reach
the scar with the two holes, where the pins were

Inserted twenty years ago. Leaning back, I
remember how I pulled the pin from the leg, how

in a waist-high cast, I dragged myself
from my room to show my parents what I had done.

Your hand on my scar brings me back to the tub
and I want to ask you: What do you feel

when you touch me there? I want you to ask me:
What are you feeling now? But we do not speak.

You drop the soap in the water and I continue
washing, alone. Do you know my father would

bathe my feet, as you do, as if it was the most
natural thing. But up to now, I have allowed

only two pair of hands to touch me there,
to be the salve for what still feels like an open wound.

The skin has healed but the scars grow deeper —
When you touch them what do they tell you about my life?

Kupfers talks not only of the form of my poem, how “on the page the poem draws…parallel lines, never touching, coupled yet apart, and old histories are drowning in the bathtub.”  She says, “’Body Language’ snares despair with questing barbs.” She continues: “Crip culture often has trouble acknowledging the pain of living within labels, within painful bodies, within the pain caused by labels and practices on bodies and mind: pride can get in the way.”

3. More of a how-to, or a how-not-to (because I’d feel guilty if I didn’t tell you these things)

Scars, like people, are not metaphors. Scars are actual things, people are actual beings.

Watch your language: “lame” has an actual meaning. When you use the all too common phrase “lame excuse” you are actually saying that someone who can’t walk as usual because of an injury or illness is stupid, or, according to a definition easily found online, feeble.

There is no “normal.” Try this: make a list of what is considered a “normal” body or a “normal” person. I guarantee that when you have compiled the list, no body or person will fit the bill.

I could spend the rest of my talk talking about the nomenclature to describe those of us who live with disabilities. But I think I have far more interesting things to say.

Unlike most of the professional photos taken of me over the years, Giard’s photograph, part of his important series of gay and lesbian writers, is a full-length portrait in which I seem to fit naturally into the forested landscape on the deck of the house where I then lived in Provincetown.

What also was surprising about this email was, to use the copyright owner’s words, “this particular use” of the photograph. The editor wanted to crop the photograph so it only showed the lower portion of the photograph, which showed my cane and shoes. Next to it would be a similarly cropped version of a photo of South African Olympic runner Oscar Pistorius (long before his trial for murdering his girlfriend).

When the issue arose of Pistorius’s use of Cheetah Blades to run against nondisabled runners, I had published a Washington Post op-ed about the then-raging debate about whether he should be allowed to compete with nondisabled runners. Many thought Pistorius’s Cheetah Blades gave him an “unfair advantage.” According to the German journal’s editor, “The issue as a whole deals with technical enhancements to the human body. In the article in question, the focus is on the – remarkable and positive – way Kenny Fries handles his disablement, and is compared to other possibilities, as for instance seen in the life of Oscar Pistorius. To draw the reader’s attention to Kenny Fries’ particular corporal enhancement, his shoes, we decided to appropriately clip the original photograph.”

In my view, as I responded to the editor, though I had recently met the author of the article when she invited me to read from my book The History of My Shoes and the Evolution of Darwin’s Theory, of which she writes in the article, I would not grant permission to use the photograph in the way he intended, because of the cropping of Giard’s photograph. Without the full photograph, and thus the full person — which just happens to be me — I think the visual representation is too medicalized and doesn’t represent the full person. I think representing the full person was Mr. Giard’s intention, as well as what I am after in my work (as well as in my life).

However, I did offer that if he decided to print the full, uncropped photograph, I might reconsider. I also mentioned in a postscript that I don’t think of my shoes as a “corporal enhancement” but as simply a utilitarian adaptation not unlike the multiple adaptations many nondisabled people use in their daily lives.

After sending off the email, I shared what had transpired with a few of my trusted disabled German disability studies scholar friends, who wrote back to say they agreed with my decision. One told me not to let them use the photograph at all because the article would use the photograph in a medicalized way, and the article didn’t need the illustration to make its point. She also confessed the article to be one of the papers she couldn’t really read, it was so hyperintellectual, using all these fancy expressions to make sure only the initiated understood what it is talking about… There is a German expression “Hirnwichserei”, difficult to translate (literally “brain/mind-wank”), that she said she used for this kind of paper.

Another trusted scholar friend also agreed that I should not let the editor use the cropped photograph. She made a pointed reference to the unchanged title of the photograph, “Kenny Fries,” even though the now cropped photograph was only of my shoes. It was as if Kenny Fries was my shoes, my disability, who I was. This friend, however, did think that the article itself was good: “The text is not exposing you or your disability in any way.” She also reminded me of something I’ve often said: “The trouble with images, though, of course, is that you’ll always have the spectacle part of it… I think we can’t get out of this completely when showing images of pwds, unfortunately.” For example, see the history of the freak show.

Also surprising was the reply to my response I received from the copyright holder himself. Of my reason to decline permission, he wrote: “Yes, exactly my sense of it.”

A further surprise arrived the next day when the editor wrote and asked me if I’d give my permission to using the full photograph. I thought that my detailed explanation in my email would be off-putting, and actually, I had only made this offer because I felt a bit guilty and wanted to soften the blow. I never thought he’d follow up on my offer.

But he did. And after a bit more thought I granted the permission for the editor to use the photograph of Pistorius and of myself, side by side, in toto. Though I still think about what my friend said about the “spectacle” part of showing images of people with disabilities, I also think, in this case, at least I had restored the fullness of body and self, not only to Pistorius, but also to myself. 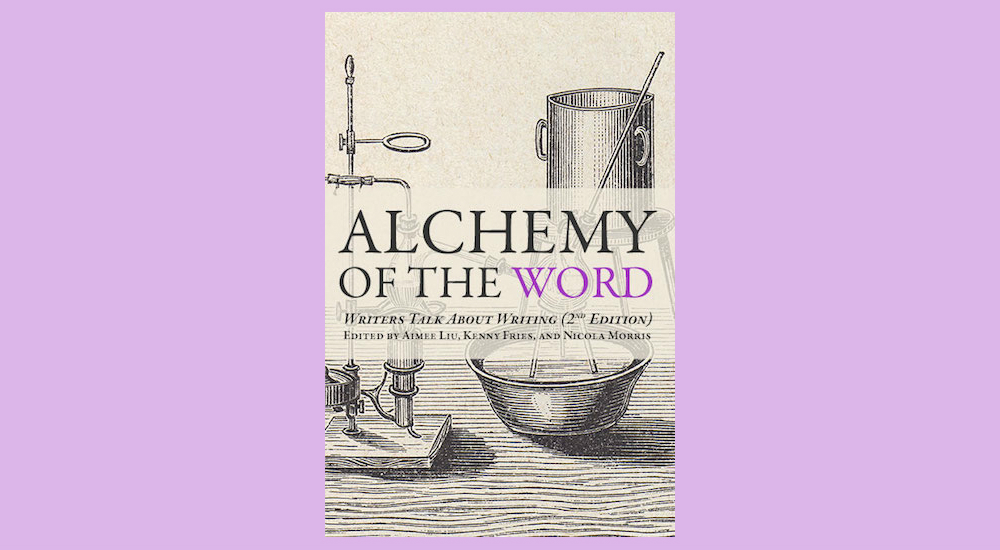