“The reasonableness of a particular use of force must be judged from the perspective of a reasonable officer on the scene, rather than with the 20/20 of hindsight. The calculus of reasonable must embody allowance for the fact that police officers are often forced to make split-second judgments-in circumstances that are tense, uncertain and rapidly evolving-about the amount of force that is necessary in a particular situation. The test of reasonableness is not capable of precise definition or mechanical application.” -Chief Justice William Rehnquist, Graham v. Connor (1989)

“Lower courts were asked to use three questions to measure the lawfulness of use of force: First, what was the severity of the crime that the officer believed the suspect to have committed or be committing? Second, did the suspect present an immediate threat to the safety of officers or the public? Third, was the suspect actively resisting arrest or attempting to escape?” -Ken Wallentine, “How to Ensure Use of Force Is “Reasonable and Necessary” and Avoid Claims of Excessive Force” Policeone.com

In America, once you put on a badge, a blue force field envelopes you. No matter who you are, what you do in the line of duty is evaluated not on the basis your race, gender, or class (like it is for all other Americans, poor, black, and brown American men typically getting the raw end of that particular criminal justice deal), but on the fact that you have taken a job as a law enforcement officer. The acquittal of Officer Yanez, the officer who killed Philando Castile, betrays a deeper problem in our system: many of the laws regarding police use of force are based on a false assumption: namely, that human beings are reasonable and rational, when in fact, we now know that we are not, even when we want to be. The language of our laws have failed, as Robert Ortega and Kathleen Faller point out in their 2011 essay, “Training Child Welfare Workers from an Intersectional Cultural Humility Perspective,” to embrace “the reality that the world is far more complex and dynamic then perhaps [one] can imagine.”

But what, exactly is this blue force field? Simply put, it’s a set of laws that are not equipped to account for bias, implicit or otherwise. The law assumes that a kind of objectivity exists between both law enforcement and the court systems that doesn’t seem to exist. In most cities, these are two institutions that, if they don’t share space in the same building where they see each other on lunch breaks, interact with each other during various cases far more then they interact with average citizens. It’s like when NBA fans get mad at Kevin Durant and LeBron James for being friends; aren’t they supposed to be diametrically opposed to each other, these fans ask. The reality is that the two of them have more in common with each other as athletes than they ever will with the average fan. Why wouldn’t they be friends? They have shared interest, in that they have to work together. The relationship between the courts and law enforcement is similar. It’s something we’ve been conditioned to accept, because we’re told that when officers and prosecutors enter the courtroom, they become objective and neutral. This belief in our ability as humans to be objective regardless of the situation, is inherently connected to the idea that reasonableness can be the basis for which we make decisions about police use of force, which has become the foundation of the laws that govern police use of force.

When it comes to use of force, the case that seems to be the gold standard for evaluating the legality of police action is Graham v. Conner, a Supreme Court decision handed down in 1989. For the purposes of this essay, here are the important aspects of the case, along with some other legal implications that produce decisions like the one we just saw in the Castile case:

-When the Graham v. Connor uses to the term “reasonableness” it’s referring to the term, as it is used in the context of the 4th Amendment.

The last definition then begs the following question: when it comes to the “standard of care” for law enforcement, what degree of “care or competence” do we expect the “reasonable prudent officer” to have in the face of particular circumstances that are in line with situations they should expect to face due to their job description? In the case of Officer Yanez, it seems as though the expectations for competence were extremely low.

The problem with the language of Graham v. Connor is that it does not take into account, what’s known in social psychology as “goal orientated motivated reasoning”:

Motivation to arrive at a desired conclusion provides a level of arousal, which acts as an initial trigger for the operation of cognitive processes. Historically, motivated reasoning theory identifies that directional goals enhance the accessibility of knowledge structures (memories, information, and knowledge) that are consistent with desired conclusions. This theory endorses previous research on accessing information, but adds a procedural component specifying that the motivation to achieve directional goals will also influence which rules (procedural structures such as inferential rules) and which beliefs are accessed to guide the search for information. In this model the beliefs and rule structures are instrumental in directing which information will be obtained to support the desired conclusion.

After an officer-involved shooting, when an officer is asked to remember the incident, according to this theory, they are predisposed to “enhance the accessibility of knowledge structures (memories, information, knowledge) that are consistent with the desired conclusion.” In the case of an officer-involved shooting, that desired conclusion would be justification of said shooting. This means that the only party that can determine the legality of the crime they are being accused of committing is someone who very likely knows the accused and therefore holds with a vested interest in seeing a particular outcome. This is where the conflict of interest arises. Everything becomes reasonable motive for someone suitably motivated to justify their potentially wrong decision. If juries were instructed to come to their own conclusions regarding the reasonableness of a shooting, based off of officer testimony and the facts of the case, then the process I just described above wouldn’t sway verdicts in the way that it does.

The reality is that the jury represents the most impartial group that we have in this imperfect system to evaluate the facts of the case, regardless of their experience with danger. They have not worked with the defendant. They won’t have to see them on cases in the future. For the most part, outside of personal politics perhaps, they have no stake in one outcome over the other. If the majority of law enforcement officers are more proficient than the rest of us civilians in handling these types of situations as the data suggest, cases where the jury decides reasonableness, that then result in the conviction of potentially incompetent individual police officers should be anomalies, not every day occurrences. That being said, seeing as only 1% of officer-involved shooting cases end in convictions to begin with, a few more convictions, in cases where we see videos of officers looking as surprised as say you or I would if we encountered a similar situation, would make a huge difference.

Under Graham v. Connor,  the law holds law enforcement officers to the same standard (in terms of fear being the threshold for use of force), and an even lower standard (specifically when it comes to reasonableness), than it holds untrained civilians to.  When it comes to the individuals who are supposed to be the ones trained in how to handle “tense, uncertain and rapidly evolving,” individuals who should have the highest degree of competence under these trying circumstances, the reasonableness of their actions is determined not by 12 strangers in a jury box, but by a co-worker on the scene. If I used any kind of force, the legitimacy of my use of force would be evaluated for its reasonableness by the 12 strangers  (as opposed to co-workers) in the juror’s box. The reason my use of force would and should be subjected to such “20/20 hindsight” scrutiny of my actions by the jurors is due to the fact that generally, there is a common understanding that human beings, of all vocations, can and often do make mistakes and that sometimes those mistakes cannot be reconciled with a superbly worded public statement. The bottom line is that law enforcement officers should not be protected from the type of scrutiny that untrained civilians would have to undergo if they were placed in the same situation.

Some would hear everything I’ve said thus far and retort that as an educator, I would not want non-educators evaluating me for whether I was proficiently doing my job. My response to that would be, if we are talking about evaluating an officer’s uniform, or the way I grade my papers, then yes, we should all stay in our proverbial lanes. But, if I were to kill someone during the course of my job, I think that taking another human being’s life should probably open me up to “20/20 hindsight” scrutiny from whoever happens to be selected for my jury; I would essentially have to roll the dice and hope the members of the jury saw the reasonableness of my actions and rendered a not guilty verdict; that being said, my acquittal would not be a given. Even though I, as a public educator, am an employee of the state, no more and no less than any police officer, I can almost guarantee that the state would not deploy a force field to shield me, through the law, from the possibility of conviction of any kind; I could not count on the reasonableness of my action being decided by people I work with. Rather, the law would place me, like it would any other citizen: at the mercy of a legal system that is inherently unmerciful to anyone not wearing a badge. The reality is that I as an untrained civilian, can expect to be held up to a standard that makes it far more likely that I would be convicted of a crime than a police officer would were the officer placed in the same situation.

A student asked me what I thought about the Castile dash cam footage. My answer was that I was completely unsurprised. They seemed surprised that I was not surprised. I went on to say that the reason I wasn’t surprised is because the law is set up to produce results like this in almost every single case of alleged police brutality. I told them that it would continue to be this way until the law was changed to reflect the fact that we cannot count on human beings to be impartial, reasonable, and objective when they have a vested interest in seeing a certain outcome occur. Until we change the false assumptions undergirding our laws, the police will always be acquitted in situations of excessive force use and we will continue to wonder how it could happen again. 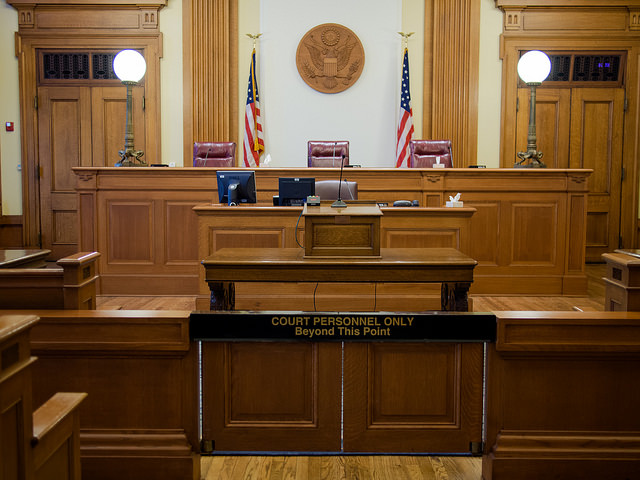