2016 was full of unpredictable trends and occurrences, and the music released this year was no different. In fact, three of this year’s best-selling and acclaimed albums — David Bowie’s Blackstar, Nick Cave and the Bad Seeds’ Skeleton Tree, and Leonard Cohen’s You Want It Darker – all describe a fascinating new trend. In particular, these albums feature frontmen who have been forced into a powerful confrontation with death – for Bowie and Cohen, their own, and for Cave, that of his 15-year old son, Arthur (and perhaps, by extension, his own). Especially coming from three aging white men, this contemplation of mortality comes at a telling time — just as white male privilege and its collective patriarchal baggage are reentering the political spotlight. Perhaps making sense of this unique musical trend could help us to make greater sense of this tempestuous year.

At 58, 69, and 82, these men have all clearly been around the proverbial block and reached their musical maturity some time ago — Cohen in the ‘60s, Bowie in the ‘70s, and Cave in the ‘80s. Their careers have been prolific, with each releasing at least 14 studio albums throughout their long careers, often encompassing a wide variety of musical styles and themes. In “Girl in Amber,” Cave makes an almost explicit reference to the start of his career as well as the growing irrelevance that comes with age when he sings, “The phone, the phone, the phone it rings, it rings, it rings no more / The song, the song, the song, it spins since nineteen eighty-four” (his first album with the Bad Seeds, From Her to Eternity, was released in 1984). A similar sentiment is present in Bowie’s “Girl Loves Me,” when he sings over and over, “Where the fuck did Monday go?”

Cohen, however, as the oldest and arguably wisest of the three, spends nearly half of You Want It Darker examining his age, and has seemingly worked through all the stages of his death-related grief to finally land at acceptance. In the album’s title track, Cohen sings, “If you are the dealer, I’m out of the game / If you are the healer, it means I’m broken and lame / If thine is the glory, then mine must be the shame / You want it darker, we kill the flame.” This deep understanding is further echoed in songs like “On the Level” (“I’m old and I’ve had to settle / On a different point of view”), “Leaving the Table” (“I’m leaving the table / I’m out of the game / I don’t know the people / In your picture frame.”), and “Traveling Light” (“I’m traveling light, it’s au revoir…I’m running late / they’ll close the bar”).

Hearing someone sing so calmly, at times even peacefully, about their own death is rare. As an artist at the top of his craft, Cohen realizes that one’s human limitations only multiply with age — our bodies deteriorate, our minds weaken, our friends and family disappear, and the world becomes a stranger to us (or, alternatively, we become a stranger to it).

In the case of the aging artist, however, death is more than just an escape from mortal coil ­— it’s a new challenge, an “extra credit” assignment for those have found some form of mastery over their earthly existence. In “Treaty,” Cohen reflects on this when he sings, “I heard the snake was baffled by his sin / He shed his scales to find the snake within.” Cohen is eager to shed his own scales in order further understand who he is and attain a higher level of actualization. Cave, in “Anthrocene,” seems to find power in the same process, albeit for his son rather than himself: “All the things we love, we love, we love, we lose / It’s our bodies that fall when they try to rise” (this may also reference the fact that Cave’s son fell to his death from running off a seaside cliff). Later, in “Distant Sky,” Else Torp (singing alongside Cave) angelically proclaims, “Soon the children will be rising / Will be rising / This is not for our eyes.” Cave’s lyrics suggest a curious movement — bodies fall, but spirits rise. Bowie likewise cements this in “Blackstar” when he sings, “Something happened on the day he died / Spirit rose a metre and stepped aside.”

What these albums truly excel at is capturing a new obsession and relationship with religion, especially Christian ideology. Granted, all three artists have always had a strong interest in religious themes, but the difference now is that instead of raiding spirituality for metaphors while always keeping a cool distance, the men have now, in essence, become believers themselves. But they a describe a new class of believers, one that is far more forward-thinking and intellectual than what usually comes to mind. Scientific dominance, ennui, irony, and other postmodern affectations have become so normalized, passé even, that these artists have gone full circle and returned to humility, faith, and passion even if their so-called “worship” has no objectifiable point. What’s important is the poetry of belief — acknowledging forces beyond human control, the limits of rational thought, and the incompleteness of our physical (and technological) world. The effect of this is not only a new burst of emotional and creative energy but also a powerful act of resistance against our information-obsessed, corporate-controlled society. And it wasn’t just old men who came to embrace this in 2016. Bon Iver’s 22, A Million exemplifies this concept perfectly through an astounding number of religious metaphors as well as a brilliant, seamless union between the humble folk music of the past and the dazzling electronica of the future. Chance the Rapper’s Coloring Book likewise marries contemporary hip-hop to traditional gospel and achieves a very similar effect.

In the case of the albums in question, powerful religious references are omnipresent, such as in Bowie’s “Lazarus” (“Look up here, I’m in heaven”) and “Sue” (“Endless faith in hopeless deeds”); Cave’s “Jesus Alone” (“You’re a distant memory in the mind of your creator, don’t you see?”) and “Distant Sky” (“They told us our gods would outlive us / But they lied.”); and Cohen’s “You Want it Darker” (“Hinen, Hinen / I’m ready, my Lord’) and “On the Level” (“When I walked away from you / I turned my back on the devil / Turned my back on the angel, too”). Supporting this interplay of ideology is the music itself, which makes frequent use of choirs, hymn-like moaning, organs, and slow, melancholy chords, all of which cause the music to more resemble a funeral dirge than rock ‘n’ roll. Significantly, however, no attempt is made to simplify the instrumentation — electronic instruments and advanced production techniques are incorporated throughout which further hint at a new communion between humankind and technology.

This new conception of art is astounding, revelatory, and makes a great deal of sense. Metaphor is the foundation of both art and religion, and therefore the relationship between an artist and their artwork is exactly analogous to that of a divine creator and all of humanity. Perhaps that’s why nearly every art form was born out of religious ritual. Art, like religious belief, imagines a life after death and promises glory and eternal life to those who speak the right words or perform the right rituals.

On the other hand, Skeleton Tree, for all its religious fervor, still contains a great deal of bitterness — unlike the other men, the death Cave is confronting was unexpected, cruel, and chaotic. In Andrew Dominik’s companion documentary to the album, One More Time With Feeling (a powerful lyric used in “Magneto”), Cave clarifies his beliefs even further. When Dominik asks him about his previous use of narrative in his lyrics, Cave replies, “I don’t believe in the narrative anymore,” adding that the logic inherent in narratives no longer feels true to life. Events often occur for completely unknown reasons (or for no reason whatsoever), especially in the case of a great tragedy like the loss of one’s child. Later in the film, Cave adds that, “Accident…is another way of saying ‘communing with the Gods.’”

So is ‘communing with the Gods’ something for only aging straight, white men? Surely not, given that the other dominant narrative of the music of 2016 was young, non-white people demanding to be heard — evidenced by Beyonce’s Lemonade, Solange’s A Seat at the Table, Frank Ocean’s Blonde, Chance the Rapper’s Coloring Book, Mitski’s Puberty 2, and Angel Olsen’s My Woman, among many others. Perhaps it is only fitting for these two narratives to command the musical sphere during this divisive year. There seems to be a very direct link between the concept of “whitelash” that we’ve heard so much about recently and Cave’s own rallying cry of “one more time with feeling.” Both are shows of power, to be sure, but also of death, of fear, and of insecurity. And while these three may be detrimental to a nation’s political consciousness, we can obtain a small comfort in knowing that they make for some very compelling musical art. 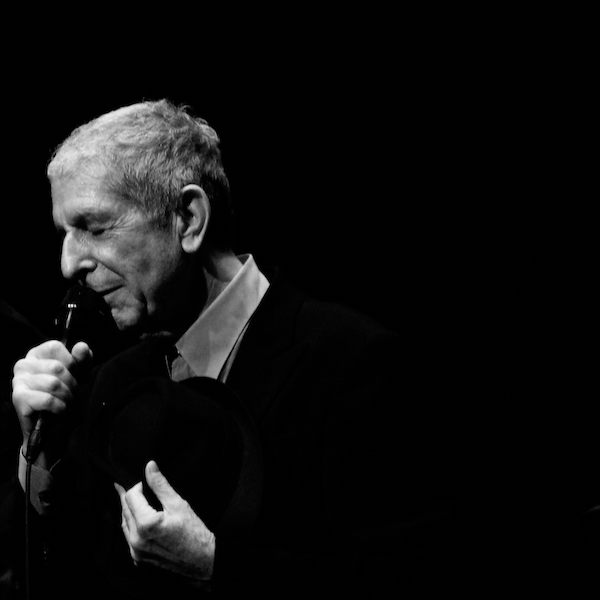