Among the many devastations wrought by COVID-19, there has been an epidemic of personal and political isolation. While quarantining our bodies, the virus socially distanced our minds into increasingly partisan echo chambers. The result is a new age of dangerous sycophancy. In recent months, as leaders from across the political spectrum have faced scandals of their own making, rather than resigning or being removed, they have found shelter from accountability among opinion news personalities and partisan allies for conduct ranging from inciting violent insurrection to sexually harassing, assaulting and exploiting women. Now is the time for leaders and members of the public alike to recall a very old lesson: beware the flatterer, both without and within.

Political thinkers have long recognized the dangers of the yes-man. His is a sweet poison, they wrote, that leads away from profit to pleasure, and destroys the public good for personal gratification. From Classical Antiquity to the Renaissance and beyond, power was often concentrated in the hands of unelected rulers. During those periods, attempts to encourage monarchs to govern wisely were crucial, because so little could be done if they didn’t. So, political thinkers of that distant past tried to shape political authority for the better by writing what were essentially advice manuals for kings. Although these texts often held differing views on how to govern, most agreed on the dangers of flattery.

Flatterers were seen then, much as they are now, as false friends: they were those advisers who fawned over the ruler and agreed with his every move. Whereas a true friend would speak truth, no matter how hard to accept, the flatterer would praise instead in order to curry favor.

As early as the 1st century CE, the Greek philosopher Plutarch warned that flatterers could ruin great leaders and destroy flourishing kingdoms by seeking to please rather than to profit the ruler. 1,500 years later, the great Renaissance Humanist scholar Desiderius Erasmus (ca. 1466-1536) agreed that flattery was an “attractive poison, but it acts so quickly that once the princes who rule the world are deranged by it they have allowed themselves to become the playthings of the most vile flatterers and to be taken for a ride by them.” Even Niccolò Machiavelli (1469-1527), the forefather of Realpolitik who encouraged his prince to pursue power over virtue, called flatterers a “plague” that ought to be shunned.

The dangers of flatterers were twofold: first, they couldn’t be trusted because they might encourage the ruler’s worst instincts or give false advice, since they cared only about their own advancement. They were seen as changeable, deceitful, and adrift from any core ethical principles — loyal only to themselves. Even more hazardous, however, was flattery’s appeal: praise could be addictive, and so put the ruler in a position of subservience to those around him who weren’t motivated by his best interests or those of the country. Such was the lure of the gratifying over the good.

In our period of extreme polarization and the disappearance of political independents, the same choice has reappeared, with very high stakes. It’s vital for political figures to have good and effective rather than pleasing advisors. However, it’s equally important for each of us to avoid flatterers as well — even the flatterer within. Now that over 70% of Americans access news online, researchers have shown the impact of search engines, social media and bots that feed us information based on what we already believe, true or not. This means that today, as never before, we are surrounded by flatterers: from algorithms and bots to online communities of like-minded believers. In the absence of a shared set of facts and equal access to reputable sources of information, it’s too easy to hear only what confirms what we already suppose.

Since his electoral defeat, former President Trump has stoked the fiery rhetoric around the 2020 election to violent effect, supported by Republican political leaders who alleged but couldn’t prove voting irregularities. Andrew Cuomo still occupies the Governor’s mansion in New York, and Rep. Matt Gaetz (R-Fl.) continues to maintain his committee assignments in spite of a federal investigation into a mounting list of criminal allegations. In a public sphere where sycophants shelter leaders from truth or accountability, our own internal yes-men and the sources that feed them without regard to the public good demand a closer look. Luckily, a large majority of Americans seem to be aware of the problem. In a Pew Research survey taken just before the 2020 presidential election, 80% of US adults agreed that Americans get different facts based on the news sources they access. In addition to recognizing the problem of selective information, it’s equally important to recognize just how addictive the sources that flatter our own biases are.

For Plutarch, flattery was most insidious when it disguised itself as friendship, but instead worked to distance its target from true friends. In the context of the COVID-19 pandemic, when isolation is everywhere, seeking out the sometimes-bitter-but-healthy counsel of good advisers is key. This means two things: taking a hard look at our own tendency to choose news sources that confirm our existing beliefs, and also making an effort to challenge those beliefs by deliberately searching for information that’s unbiased and vetted, or that comes from a different viewpoint. The true friend is the one who speaks hard truths for your own good: now more than ever it’s important to be true friends to ourselves by choosing the good over the gratifying from flatterers, both without and within.

Dr. Cynthia Nazarian is an associate professor in Renaissance Studies at Northwestern University. 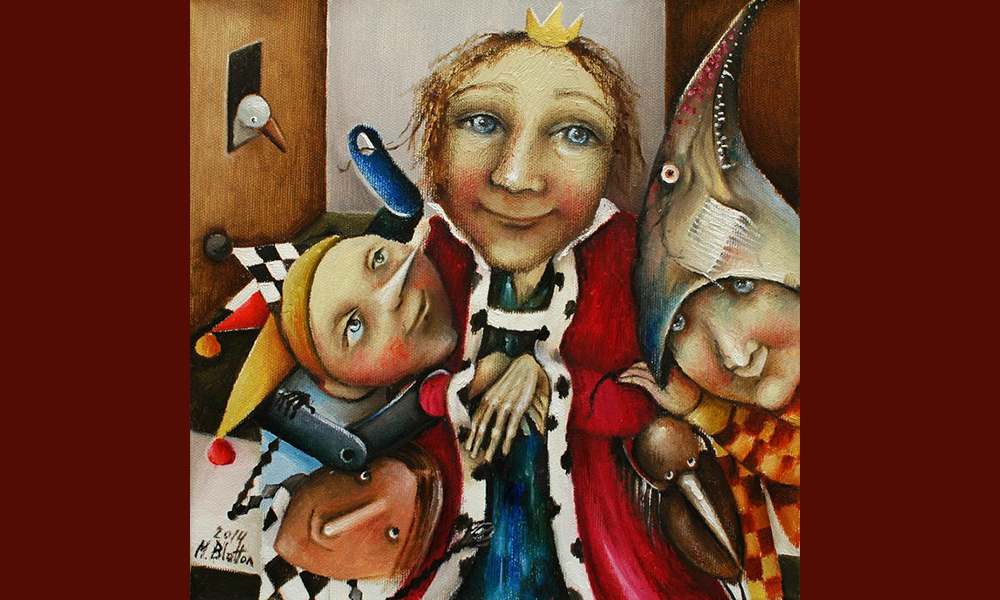