While coverage of Dr. David Dao’s involuntary deplaning has focused on United’s ineffective PR response, procedural failures, and various forms of victim-shaming, it is also a stark example of the failure of neoliberal political economy to abide its own purported logic. In 1978, a coalition of so-called “Deltacrats,” with the blessing of President Carter, pushed through the Airline Deregulation Act on the dubious grounds it would help address two persistent bugbears of the era: inflation, and rising fuel prices. Milton Friedman, figurehead of what Michel Foucault would call “anarcho-liberalism” and the academic face of the Reagan Revolution, called the ADA “the first major move in any area away from government control and toward greater freedom.” The largest commercial airlines, particularly Delta and United, had lobbied hard for deregulation, which would hasten the process of oligopolistic amalgamation. The legislation’s primary sponsor and spokesperson, Senator Howard Cannon, would be rewarded with the Tony Jannus Award for “outstanding achievement in commercial aviation,” a recognition generally reserved for airline executives, but would lose his seat in ‘82 to a challenger who argued, ironically, that Chairman of the Commerce Committee Cannon was not business-friendly enough.

In the coming decade, despite mixed results, the Airline Deregulation Act of 1978 would be cited as a promising precedent for deregulatory agendas across many industrial, commercial, and financial sectors. Before its passage, neoliberal political economy was a conflicted, primarily theoretical, counterpoint to the Keynesian hegemony of midcentury U.S. economic policy. By 1980, it was beltway orthodoxy. Thus the ADA now appears an auspicious prequel to the slow bipartisan draw- and-quartering of the American consumer, only too starkly literalized by police hauling Dr. David Dao off a United plane by his extremities for the crime of creating surplus demand.

The rationale for the Airline Deregulation Act, like that of deregulation generally, was to mobilize the infallible wisdom of the marketplace. By eliminating the Civil Aeronautics Board, congress could unleash the lean, innovative “nature” of unrestricted free enterprise. Free market competition would lower fares and increase efficiency. Indeed, from the tumultuous period following the ADA emerged at least two significant consumer-friendly innovations: “hub” airports, and frequent flyer rewards programs. It also, of course, initiated a period of union-busting which, over time, created the pervasive overwork and underpay notoriously enjoyed by contemporary pilots, flight attendants, and other airline personnel. The ADA also provides the legal foundation upon which airlines have argued that they cannot be required to compensate ticketholders for canceled flights or provide water, food, or bathroom facilities during 12-hour tarmac confinements.

A month after the ADA took effect, Foucault began his Birth of Biopolitics lectures at the College de France. Prophetic and incisive in their critique of the various veins of neoliberalism which would flourish in the decades which followed, these lectures have, since their publication in 2004, become as much a part of heterodox economic discourse as Marx’s Capital or Keynes’s General Theory. In his fifth lecture, Foucault argued that “what is important and decisive in current neo-liberalism” emerges from a formula first postulated by the Freiburg ordoliberals as an antidote to Nazism. Whereas Enlightenment liberalism promoted free markets supervised by a disinterested state, the ordoliberals imagined a state under the supervision of the disinterested market. Ensuing generations of neoliberals, diffuse and contradictory though they may be, align around the proposition that “a market economy can in fact serve as the principle, form, and model for a state which, because of its defects, is mistrusted by everyone on both the right and the left, for one reason or another.”

The Airline Deregulation Act of 1978 dismantled the Civil Aeronautics Board, which had used state authority to regulate fares, wages, working conditions, routes, and schedules. The business of airlines, outside of the certification of personnel and the inspection of aircraft, became self-regulating. Insofar as the Department of Transportation has any jurisdiction, it reports to the airlines. Presumed to be the source of an apocryphal “passengers bill of rights,” DOT acknowledges on their Fly Rights webpage that they cannot promise anything legally-binding, but merely distribute a set of guidelines from consultation with the airlines which are subject to constant amendment and voluntary observance.

In other words, the services the airline provides, and the marketplace for those services, are primarily determined by corporate policies. This does not mean they are unregulated or unenforceable. As Foucault warns, “neo-liberal government intervention is no less dense, frequent, active, and continuous than in any other system […] what is important is to see what the point of application of these governmental inventions is now.” Most neoliberals define government just as most conventional liberals and Marxists do, as “the monopoly of legitimate physical violence,” as Weber put it. “Organizations or individuals can assert the right to use physical violence only insofar as the state permits them do so.” It is fairly easy to recognize that one recent “point of application” of “neoliberal governmental intervention” was Dr. Dao’s face. United Airlines, as supervisor of governmental intervention, co-opted the state’s police power to enforce a corporate policy-cum-law which remains largely invisible to its subjects.

The Airline Deregulation Act of 1978 did not eradicate, nor even diminish, regulatory burden, it redistributed it, and reoriented the “point of application.” Following the typical pattern of neoliberal political economy, the deregulation of the airline industry produced a downward redistribution of regulatory burden, risk, and costs to consumers, passengers, and rank-and-file employees, whose acquiescence is assured by the complicity of the state supervised by the market-makers.

The neoliberal inversion of the liberal formula of state oversight in the market promised not only to check state authority, but also to escalate the development of life-improving market solutions. The pervasive profit-maximizing practice which indirectly led to Dr. Dao’s state-sanctioned assault is one such eminently rational market solution. Overbooking, which, by protecting corporate balance sheets keeps fares low, is a particularly elegant market solution because it uses market-making to solve its own problems. It is the Matryoshka nesting doll of commercial arbitrage. On the (theoretically) rare occasions overbooking leads to seat shortages, the service promised transforms into an asset, for which the airline becomes a monopsony bidder. However much the airline may be forced to spend on such occasions, the almighty algorithm assures these costs will be offset many times over by a few days of systemic overbooking.

United Airlines (and, to be fair, most of its competitors) were not satisfied, however, with this elegant market solution. Among the toothless Department of Transportation guidelines the airlines approved is a $1,350 maximum which overbooked passengers can expect for involuntary re-accommodation. Protected by their strict reading of the Airline Deregulation Act of 1978, the airlines certainly would not accept any DOT sanction against those who offered more than $1,350 in exceptional circumstances, but airline employees commonly cite this guideline as a mandate when negotiating with disgruntled passengers. This arbitrary and irrational upper-bound on customer compensation is, of course, interference in the free market. The obvious imbalance is that, while the state sets no limit on how much airlines can profit by overbooking, the state is called upon, by its market supervisor, to enforce a limit on how much a passenger can gain at the airline’s expense on any single transaction. Overbooking thus becomes a form of casino gambling in which travelers have no choice but to participate.

Airlines pursue profits not only without market restrictions, but also enjoy a bureaucratic symbiosis which rivals the investment banks Matt Taibbi famously dubbed “vampire squids.” As taxpayers, we supply, maintain, and secure the airports from which the airlines arrive and depart with an impunity not afforded their passengers. Rather than take a bath on even a single unfavorable transaction created by their own aggressive speculations, airlines empower employees to deboard passengers “involuntarily.” Thus, the redistribution of risk and regulatory burden brought about by neoliberalism entails also a difference in kind. The burdens and risks which plagued commercial aviation prior to 1978 were threats of state-sanctioned “violence” upon property: fines, sliding stock prices, wage controls, etc. The burdens and risks imposed on passengers and employees to protect the corporate bottom line are risks of violence to the body: assault, arrest, tarmac confinement, airport stranding, etc. The cost of revealing imperfections in the market solution, as Dr. Dao discovered, can be state-sanctioned violence to life and limb. 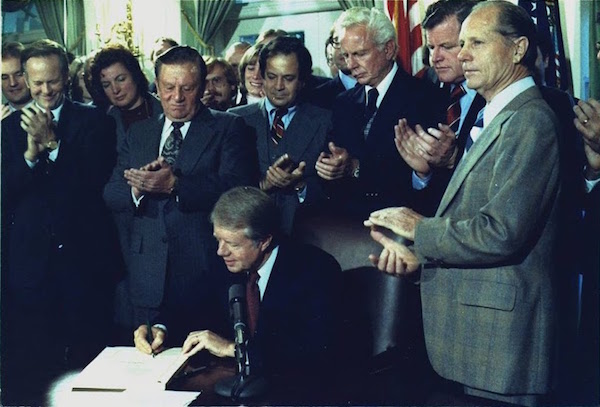