As chair-elect and long-time member of a university faculty steering committee — the academic equivalent of a senate executive committee — I have been accused of many things over the years: having an “agenda”; being “aggressive”; being “strident”; being “blunt”; being “obfuscating”; looking for “special treatment”; and not being “forthright” are just a few of those. These negative responses were often prompted by what I believed to be innocuous actions, such as reading a piece of legislation to answer someone’s question (“obfuscating” and “not forthright”); pointing out that our evening faculty meeting time was not convenient for parents and especially mothers (“having an agenda” and “looking for special treatment”); trying to finish my sentence while somebody was trying to interrupt me (“strident” and “aggressive”).

These interactions came to mind as I watched Sean Spicer tell April Ryan, a veteran journalist, to “stop shaking [her] head” (when she wasn’t, in fact, shaking her head), as he accused her of not being able to take “no” for an answer, and calling her integrity into question by saying she was “hell-bent” on pursuing a particular (distorted) “agenda.” I couldn’t help but see the parallels between that incident and my own experiences: two women of color doing their job and being accused of manipulation, aggression, and dishonesty.

I’m not April Ryan. I am not a black woman, nor a seasoned journalist. But I am a woman, an immigrant, a South Asian, a Pakistani, and the first woman of color to be in the position of chair-elect of the faculty steering committee at my institution. I’m also a sociologist who teaches about gender, race, religion, and globalization, to name just a few “hot button” topics I cover in my teaching. And over the years I’ve learned this: I can teach the same article on gender as a male colleague and I will be seen as “anti-men” while they are not; an American colleague of mine can criticize immigration policy and they are nothing more or less than a professor covering an intellectual topic of inquiry, but when I do the same, it is seen as having an axe to grind, or being overly critical; a white colleague of mine can discuss race relations in the U.S. and not face the backlash that I do, because I am seen as “angry.”

For people of color this is not news — this is our everyday reality. But it does exemplify a particularly useful sociological concept: believing is seeing. That is, humans don’t simply observe reality, we actively shape it based on our prior beliefs. If we believe that a baby is a boy, we’re more likely to overestimate their physical abilities than when the baby is a girl. If witnesses believe that a crime was a “stereotypically black” crime, then they are much more likely to see the suspect as having “stereotypically African-American features.” This is to say, humans experience reality very differently, depending on their prior beliefs about the people they are interacting with.

In Sean Spicer’s case, to add to his sense of entitlement (as evidenced by the fact that he tells her to “hold on” while he interrupts her), he saw an angry black woman with an “agenda” even before she started speaking. No matter what Ryan did in this moment, her comments and gestures were going to be interpreted through that lens. In Ryan’s response, one can see the trained calm she responds with, no doubt, from having years of experience of containing one’s emotions, even when the situation is so outrageous that another person (certainly a white man) would not be faulted for responding sharply.

This reminds me of the famous workshops that Jane Elliot conducts on the topics of discrimination and bias by splitting up her audience into blue-eyed and brown-eyed, with special privileges given to brown eyed people. As one of her blue-eyed workshop attendees remarked in the documentary, A Class Divided: “ we tried to argue with you, but you would use just the mere argument, as reason for us being lesser than the brown eyed folks…you couldn’t win.”

This perhaps is the most deceptive form of social control — portray a particularly negative picture of a group of people (in this case women of color), so that even their attempts at defending themselves become “evidence” for why they are lesser, untrustworthy, manipulative, aggressive and so on. In turn, women of color learn to control their voices, soften their criticism, put a smile on, even when the situation demands that they raise their voices and yes, be “angry.”

So the next time, we find ourselves wanting to label someone “angry” or we feel the urge to advise someone on “proper” etiquette and behavior, we should stop and ask ourselves: Are we shooting the messenger? 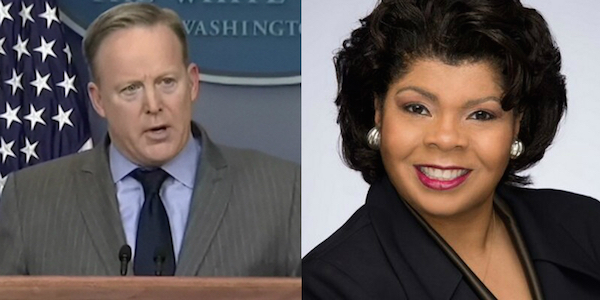