Beer played a central role at the October 4 Senate Judiciary Committee hearing, as the popular Twitter hashtag #beersforbrett attests. Although Judge Kavanaugh had downplayed his drinking in a Fox News interview earlier that week, in his Senate testimony Kavanaugh seemed to wear his fondness for the beverage as a badge of pride. When asked by Senator Sheldon Whitehouse about the meaning of the yearbook reference to “ralph,” Kavanaugh replied, “I like beer. I like beer. I don’t know if you do… Do you like beer, Senator, or not? What do you like to drink? Senator, what do you like to drink?”

This defiant response was more than just a deflection; it was an assertion of identity. The implication was unstated but clear: men who drink beer are red-blooded regular American guys; those who don’t — senators from East Coast blue states, perhaps — are not. In this way Kavanaugh used his love of beer to help balance his upper-class prep school/Ivy League image while subtly suggesting his questioner was effete and/or elitist.  (One suspects that a stated preference for wine or an aperol spritz on Whitehouse’s part would not have been well received.)

Associating a certain drink with masculinity and class is far from new. But both the drink in question, and the social resonances attached to it, have changed over time — European history has seen repeated tugs-of-war over who drinks what, and what drinking means.

Perhaps the most obvious analogue to the drinking parties of US high school football players and college fraternities is the early medieval mead hall, in which Germanic warriors famously whiled away the winter nights by drunkenly carousing and boasting of their military exploits. This image, beloved of Hollywood, has its roots in actual history. Sources suggest that drinking together was an essential part of Germanic war band bonding. But mead was about more than militarism or masculinity — it was also an assertion of elite identity. At the outset of the poem Beowulf, the banished monster Grendel peers into the mead hall of the Danish king “to see how the Ring-Danes were settling [in] after their drink…a company of the best.” Drinking to the point of inebriation and unconsciousness was perfectly acceptable — the Beowulf poet notes without censure that at the end of the evening, this “company of the best” was “asleep from their feasting, insensible to pain and human sorrow.”

Greeks and Romans, however, saw the German affection for grain- or honey-based alcohol not as a mark of manliness, but as proof of their barbarity. One wretched Greco-Roman imperial senator posted on the northern border noted in a letter home, “The inhabitants [here] lead the most miserable existence of all mankind, for they cultivate no olives and they drink no wine.” Malt liquor and ale were looked down upon as uncouth; according to a late fourth-century Roman historian, to call a Roman man a “sabaiarius” (drinker of barley beer) was deeply insulting. Nor were the Romans impressed with the military benefits of mead: Tacitus claimed that the best way to defeat Germans in battle was first to get them drunk.

Wine was also the beverage of choice at the University of Paris, where drinking was central to student life from the time of the university’s founding in the 12th century. In the words of one historian, “Both solemn feasts and everyday college dinners were well-lubricated.”  Male bonding was, again, a primary purpose of the drinking — these well-lubricated dinners helped forge students from different class and regional backgrounds into coherent communities. Nor were the students the only, or even the primary, imbibers. At the Sorbonne, the penalty for bad student behavior was to buy a round of wine for the full faculty. However, if one goal of the communal drinking was to promote student solidarity (either with or perhaps against their professors), drinking also reinforced hierarchies.  Poorer students, for whom the college system was originally founded, would be singled out by their inability to pay the fine or to treat classmates to a round at the pub. And even the rowdy drinking songs sung by students at local taverns marked scholars’ special status.  One such song runs, “My intention is to die/in the tavern drinking/Wine must be at hand/For I want it when I’m sinking.” A widely shared sentiment, perhaps, but one expressed in Latin — a language spoken only by the select few in medieval Europe.

In 17th-century England, both alcohol and tobacco came to be considered core aspects of elite male identity. Gentlemen were assured by one author that “in your drink, you will be no less.” And although wine was still fashionable, it was beer that was “most in grace with the Citizens” and “in credit with Gentleman’s Cellars;” ale, accordingly, began to be viewed as the drink of rustics.   Formal drinking “societies” or “companies” were formed, with members praising companionable drinking, and even drunkenness, as fostering trust and fellowship. Men who chose not to drink, complained one moralizing critic of the new “Art of Drinking,” were excoriated as unsociable hypocrites, and “forthwith hated,” even by former friends.

Throughout this shifting history of alcohol-fueled male bonding, there has been one constant: exclusion. Who is not included in the drinking circle is as significant as who is. For every group constituted, alliance solidified, friendship forged, or status asserted through the shared partaking of wine, mead, beer, or ale, someone is left out — the Roman plebeian relegated to a “barbarian” beverage, the humble student too poor to stand a round, the layman untutored in Latin, the English rustic who had to content himself with ale.  And, of course, women of all social ranks, who by definition cannot be classed among the “jolly good fellows.”

This history of exclusion helps explain the polarized and extreme reactions to Brett Kavanaugh’s love of beer. Whether one sees his high school drinking as a healthy rite of passage or an incubator of toxic male privilege depends to a large extent on whether one sees oneself as a member of the “best company,” celebrating inside that mead hall, or as Grendel, the despised outcast, excluded equally from the feast and the fellowship. 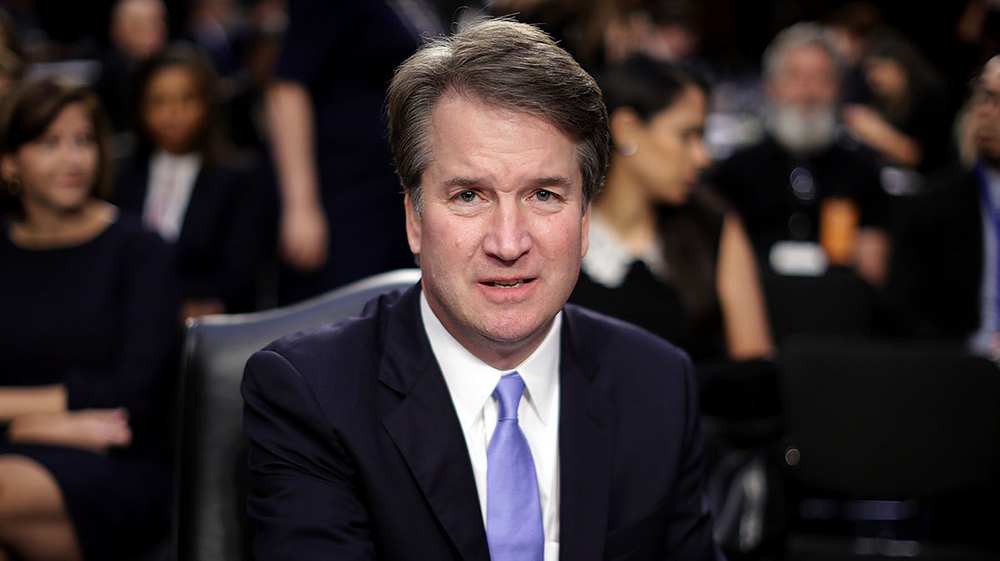