Of all the lasting gifts of Donald Trump, one of them still rings in my ears like gunshot echoes from a spaghetti western. At the third debate, he told us “we have some bad hombres” in this country and “we’re going to get them out.”

As a voter who lives in the heavily Latino state of New Mexico, ostensibly surrounded by “bad hombres,” this statement has pitched me into a basket of confusion and has forced me to examine this hellish hombre’d life.

This morning, I scanned a construction site manned entirely by hombres. Evaluating whether or not these are good or bad hombres is muy difícil. I have been walking past this site for weeks now, and I hope the truth about these hard-hatted hombres will come out very soon.

I had been nodding at the oldest hombre every morning (you won’t find anyone more friendly than me), but the other day, Senor Old-hombre shouted out loud at me: Buenos Dias! I’m not so stupid as to not know what’s good-morning in Spanish, and I repeated: Buenos Dias. And this hombre’s face cracked wide with a bigly (big league? grande?) grin.

Rattled, I turned to Pew Research Center data and learned that 65 percent of Latinos in the U.S. were born in-house. This is eye-opening stuff. It makes me wonder if Otherising the Latino population might be kind of old school at this point. Is this good political strategy? These hombres — good, bad and ugly — could even, in the next election cycle, run for President. The Cuban amigos Marco Rubio and Ted Cruz have already paved el camino, even if future demagogues demand to see birth certificates.

Which is not something I request along with a menu when I go to my favorite restaurants in Santa Fe, where I often see hombres hovering over smoky stoves in the kitchen. These hombres make a mean green chile enchilada. It’s a conspiracy of some kind, most likely. When I’m in New York or Los Angeles, I miss the stuff. And it’s not just me. New Mexico is crawling with green (and red) chile addicts who have confessed (I am not making this up) to withdrawal symptoms while traveling around our once-great country.

When Trump made his “bad hombres” statement, he was blaming illegal immigrants for drug trafficking in the country. I’ll save that discussion for the next time I call into Sean Hannity’s show. The question on my mind right now: do the stereotypes Trump so readily spreads around impact ordinary hombres who already battle stereotypes on a daily basis?

Every morning, I drive past an elementary school. At the traffic light, I see another one of them. A bad hombre holding a red stop sign. The other morning, I saw him grab the arm of a woman pushing a stroller as she crossed the street. If I had asked him if he’d grabbed her arm, I’m sure he would have said the incident absolutely never happened.

This stuff goes a ways back, and if we were to follow it to its nasty conclusion, we would be forced to mention that über malo hombre, Francisco Vázquez de Coronado, who led an expedition in 1540 through parts of what is now the southwestern U.S., chasing rumors about seven cities of gold (Trump Towers, on the other hand, are made with solid Chinese steel). Coronado opened the door to a reign of hombredom until the Native peoples had had just about enough. The 1680 Pueblo Revolt was to decisively drive out the hombres for 12 years. It wasn’t until New Mexico was admitted into the union in 1912 that the state had a chance in hell of being secure.

This is a hairy history because our state is mired in four centuries of hombres and their offspring, and the only escape is what some rich Santa Feans are forced do for part of the year: go down to Mexico. Since almost all the bad hombres are probably now in the U.S., Mexico is about as safe a place as you could vacation in these days. I wouldn’t be surprised if a Trump Tower goes up there very soon. I’ll bet Trump will keep us in suspense about that.

A few months back, Trump had “a very good meeting” with Mexican President Enrique Peña Nieto, who, incidentally, is a “very nice man.” Presumably they spoke in English. But the country’s former President Vicente Fox, likely a nasty man, has recently called Trump an “imperialistic gringo” who is ignorant of the world’s “geopolitical situation.” When it comes to character assassination, politicians always win hands down, irrespective of whether they have big or small hands.

In the closing statement of the third Presidential debate, Trump said of Hillary Clinton, “I will do more for African-Americans and Latinos than she can do in ten lifetimes.” Wow! With just days to go until Election Day, who can blame voters for being in a bind? Not only are we surrounded by bad hombres on all sides, we are also unable to decipher what a good gringo truly means to do. He plans to throw out the bad hombres, but help out the good hombres? He has also previously said that the private prison system in the U.S. works just fine. So he means to keep plenty of hombres locked up too?

New Mexicans are feeling especially neglected this election season, with this past weekend marking the first time a 2016 presidential candidate (Trump) favored the state with a visit. To add insult to the injury, right now our state’s name evokes only former-Governor, I’m-having-another-Aleppo-moment Gary Johnson. When presidential candidate Barack Obama visited Santa Fe in 2008, the college auditorium he was to speak in was full to capacity, and I was left standing outside, in the cold. Before his formal speech, Obama, flanked by secret service agents, addressed us. “This is a high class problem,” he said, referring to our exclusion from the auditorium bulging with Obamanos. Alas, the era of high-class problems has vanished. We are left only with bad hombres.

Meanwhile, piñatas of the good gringo have become a popular item at local birthday parties. There was a time here when Darth Vader was the preferred piñata subject. One neat smash, as partying niños around the state know, rains down an awful lot of candy on you. This year, orange Trump piñatas have been showering mucho candy on our niños. There might be a good business opportunity here, even for the baddest of hombres.

Priyanka Kumar, the author of the novel “Take Wing and Fly Here” and the director of the documentary “The Song of the Little Road,” has written and lectured widely on race relations. 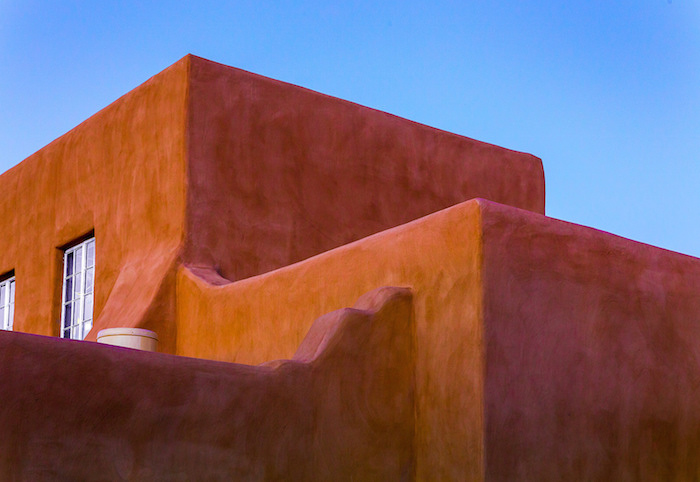