The first time I was called “nigger” I was a third-grader on the kickball court in Bellevue, Nebraska. The team I was on won. As we walked in our lines to exchange congratulatory handshakes, a classmate screamed the racist epithet at me when I it was our turn to shake hands.

As I was the only African American in my class, my classmate wanted to humiliate me and put me in my place. Maybe she was hoping I would be afraid to play in the next kickball game; and successfully restrict my participation on an elementary school playground. I continued to play kickball, but I was wary of this classmate for the rest of the year.

A Florida woman’s recent rants about an Asian American nail salon owner is caught on video.  A customer at a Texas Jack In The Box tells a worker to  go “back to Mexico.”

In Connecticut, earlier this year, Yale University student Lolade Siyonbala was detained by campus police after a white student called the police while she slept in a study area.

In Colorado, a white woman called police on two Native Americans, Thomas Kanewakeron Gray and Lloyd Skanahwati Gray, who were on the same campus tour.

And it’s old news now that after Rashon Nelson and Donte Robinson were arrested for sitting without making a purchase at a Philadelphia Starbucks, the company initiated a day of bias training in all of its stores nationwide.

Carolyn Dow, Sandra Harrison, Karen Cosby, Sandra Thompson, and Myneca Ojo were golfing when they were asked to leave by the owners of the Grandview Country Club in York County, Pennsylvania.

The transgressors in all of these racists incidents are the breathing descendants of confederate monuments still standing.  Yes, the South and racism are historically linked. Southern states fought to maintain slavery to protect their economy and way of life. The South passed Black Codes after the end of the Civil War and later Jim Crow laws to restrict the freedoms of Black people.

But the South does not own racism. It’s a national thing.

Last month many Black Americans celebrated the 153rd anniversary of Juneteenth (June 19th), also known as Freedom Day, the observation of the day that the last enslaved Africans were freed more than two years after the signing of the Emancipation Proclamation in 1863.

It doesn’t appear there is much cause for celebration.

The ACLU is closely watching Senate Bill 2562, supported by the Chicago Police Department which wants to use drone and facial recognition technologies to surveil groups of 100 or more.

The Southern Poverty Law Center estimates there are 250,000 hate crimes committed in this country each year. Yet, racism is seen differently — as can be expected — by Americans.

According to CNN, “An overwhelming 87 percent of black Americans say black people face a lot of discrimination in the United States, but only 49 percent of white Americans say the same thing, according to a February poll from the Public Religion Research Institute.”

In 2017, the NAACP issued a travel advisory for Missouri, informing African Americans to “exercise extreme caution when traveling throughout the state given the series of questionable, race-based  incidents occurring statewide recently.” The travel advisory states that “African Americans in Missouri are 75 percent more likely to be stopped and searched  by law enforcement officers than Caucasians.”

The effects of racism span from economic to health-related. According to Statista, 40 percent of Black Americans report stress as a result of discrimination. Thirty-six percent of Asians report racism-related stress, compared to 31 percent of Native Americans and Alaskans and 27 percent of Latinx.

To be sure, other people of color, LGBTQ communities and religious communities are also subjected to racism, as well as homophobia and xenophobia.

Individuals and institutions are combatting racism utilizing cultural organizing and legal methods. Bystanders became allies in Oakland when a white woman called police on two Black men, Onsayo Abram and Kenzie Smith, because they were grilling.

Later, a rally, Grill Your Government, ended at a City Council meeting where residents asked for an ordinance that fines abusers of Oakland Police Department 911 system.

In New York, demonstrators including a mariachi band protested the racist tirade of an attorney who berated and threatened to call ICE on Spanish speaking workers at a restaurant. A petition to have the attorney disbarred was unsuccessful.

Decades after my initial run-in with racism, I am reminded that so many in this country are continually confronted with the legacy of hate that has poisoned its citizens for centuries. Citizenship for Americans cannot be allotted to some, but needs to be accessible to all. 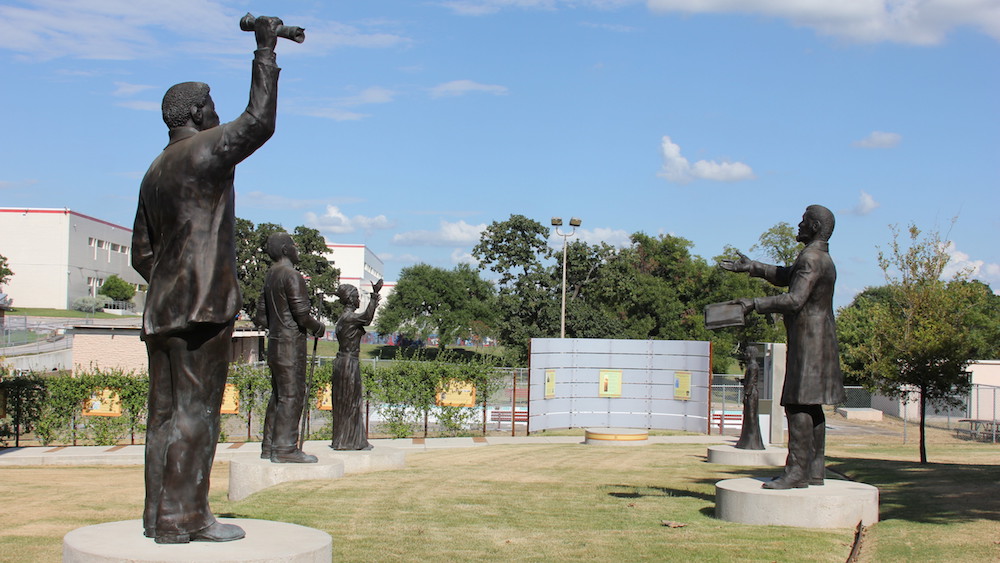