After getting hounded out of his native Germany in 1933, the Nobel Laureate writer Thomas Mann — whose sensibilities had been thoroughly aristocratic — fell in love with the messy idea of liberal democracy. He refined this love, one of his last and finest, inside a modernist home he built for his family in Pacific Palisades on the west side of Los Angeles.

Inside a glassy study that looked out at the west ridge of Sepulveda Pass, he wrote the anti-fascist novel Doctor Faustus and a series of speeches broadcast via the BBC into Nazi Germany.

The Mann House still stands at 1550 San Remo Drive — a two-story artifact recently saved from the wrecking ball by the German government — and it is now the center of a continuing effort to promote democracy against a rising tide of authoritarian thought. The home was put on display this week as the site of a reception for a conference on Mann’s democratic idealism and its relationship to today’s arguments and uncertainties. “The struggle for democracy, the struggle for a free and open society is what will continue to unite us, the United States and Germany,” said German President Frank-Walter Steinmeier in a speech on Tuesday.

Mann’s house is the strongest visual monument to the time when West L.A. was the home-in-exile to a varied group of refugees fleeing the German dictatorship in the 1930s. Mann had originally come over to the U.S. to teach at Princeton University, but he was persuaded to relocate to Southern California after an idyllic summer staying in a rented house in Brentwood. The allure for him — in addition to the easy weather — was contact with fellow expatriates who spoke his language, both literally and intellectually.

He joined a loose confederation of anti-fascists that included the screenwriters Salka and Berthold Viertel, the playwright and poet Bertolt Brecht, Lion Feuchtwanger, the cultural theorists and writing partners Theodor Adorno and Max Horkheimer, theater producer Max Reinhardt, psychiatrist and novelist Alfred Döblin, filmmaker Fritz Lang, composer Arnold Schoenberg, and composer Hanns Eisler. Many of them gathered for drinks and conversation at “Villa Aurora,” the mission revival house on Paseo Miramar owned by Feuchtwanger and his wife Marta.

The renovating architect, Jan H.P. Dorbritz, describes it as a “long wing,” and the angular structure with clean lines is distinguished by protrusions of stunted walls, subtle diagonal lines scattered here and there, and a patio with a false awning of trellises. A gut rehabilitation is scheduled to be complete in August when three scholars on a fellowship will move in to work on books and articles. If anything, the renovated house — with its minimalist interior — is even more faithful to the modernist outlines of its exterior than when Mann had filled it with overstuffed furniture and baroque styling.

The Mann House is now a permanent cultural extension of the Los Angeles German consulate. While it is comfortably private, it retains a semi-public character. “It shouldn’t be a five-star holiday home,” laughed the director Nikolai Blaumer, who said the guiding principle is to continue Mann’s “nobility of spirit” and the work he did in the name of democracy as a public intellectual.

Mann was not only a citizen of the world during the decade he lived here between 1942-1952. He was also an enthusiastic citizen of Los Angeles, with a taste for genre movies and a love of the lemon orchards that surrounded his then-rural estate. In this affinity for the L.A. lifestyle, he differed from many of his German neighbors. Bertolt Brecht was irritated by the combination of urbanity and vegetation, complained about the bland-tasting food in the markets and the endless traffic on the roads, and wrote poems about artists having to “play the whore” to work in the movies. Doblin told friends that the abundance of gardens and verdure around his house made him feel like a cow. “The idyllic landscape functioned like a Hollywood move set that produced alienation because of its apparent perfection,” wrote Ehrhard Bahr in his study Weimar on the Pacific: German Exile Culture in Los Angeles and the Crisis of Modernism.

Others longed for the grit and energy of older cities and the world of drawing room conversation that had surrounded them in European universities. Adorno and Horkheimer were especially disgusted with American pop culture, writing acidly of the day’s cinema idols. “For centuries society has prepared for Victor Mature and Mickey Rooney. They come to fulfill the very individuality they destroy. The heroizing of the average forms part of the cult of cheapness. The highest-paid stars resemble advertisements for unnamed merchandise.”

German presence in L.A. during the 1930s also had a dark side. The local chapter of the pro-Nazi “German American Bund” had a particularly robust chapter here, and some of its members plotted to kidnap Jewish Hollywood executives, use machine guns to slaughter residents in predominately Jewish Boyle Heights and sabotage naval ships in the San Diego harbor. They used the Deutsches Haus restaurant in West Hollywood as an unofficial clubhouse, little knowing that a patriotic lawyer named Leon Lewis was spying on them the whole time — a tale well-told in USC historian Steven Ross’s recent book Hitler in Los Angeles: How Jews Foiled Nazi Plots Against Hollywood and America, a finalist for the Pulitzer Prize.

Despite the Nazi presence just down the hill, many of the exiles embraced the warm new way of life they found far away from Europe’s darkening skies. Mann could have had his house designed by Richard Neutra, for example, who was eager to give the modernist master a house with a domestic architecture equivalent to his literary style. But Mann expressed contempt for what he described as the “cubist glass-box style,” and snubbed Neutra at L.A.’s German parties. Instead, he gave the contract to Julius R. Davidson who had proposed a more muted version of internationalism, and he and his wife Katia lived for 10 years in the house which he always recollected fondly, telling visitors during his last years in Switzerland that it was “completely my own.”

Mann spent a lot of time in L.A. thinking about democracy and its vulnerabilities, writing a lengthy speech called “The Coming Victory of Democracy” in which he ridiculed “the charm of novelty” presented by fascism. When Mann reluctantly left Pacific Palisades for Switzerland in 1952, it was in response to McCarthyism and what he saw as the weakening of core American values. As it turned out, a suspicious FBI had been spying on him.

A word often used in descriptions of this California Weimar circle is “unlikely,” which is usually meant to signal the writer’s belief that a bunch of European intellectuals settling in La-La Land is somehow incongruous or even comical. Yet, in many ways, it was entirely logical. Few American cities demonstrated more brio, vitality and hope during the Depression as Los Angeles, and this was the center of the vibrant new artform of cinema where many hoped to find work as producers or writers. The cost of living was far cheaper here than in New York City, the weather was gentle and the city was a relatively tolerant place — compared to the rest of 1930s America — for Jewish refugees who found an established community of co-religionists already in place.

In the same way, it should not be seen as “unlikely” that the German government has stepped into rescue a treasure from the American real-estate meat grinder. With the postwar transatlantic alliance now in mortal jeopardy and in a climate where American sponsorship of global democracy seems to be evaporating, the Germans are well-placed to offer a small piece of localized atonement for historic wrongs, as well as preserve a physical memory of resistance and a reminder of the fragile value of government by the people.

“If you do believe that underneath we all carry around a sense of dignity as humans, then Mann’s call for democracy as the only defense is inspirational, and a reminder that immigrants will always bring vitality and an enriching of culture” said Stephen Lavine, the founding director of the Mann House. 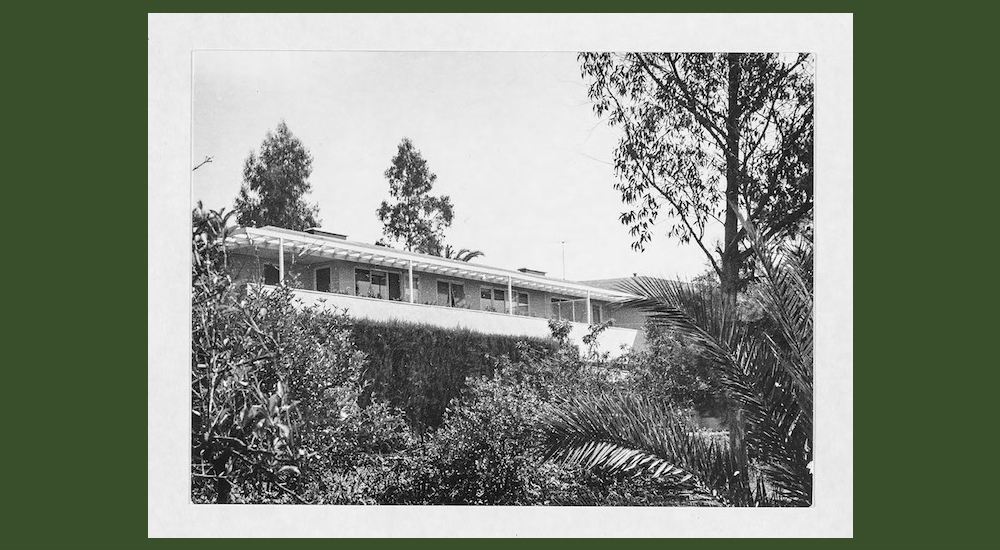