On one screen, men play basketball. Their contracting muscles push them down the rectangular court and pull them back. Full and clapping, the stadium rains compliments. On another screen, a red nail points at the corner of a woman’s mouth where wrinkles splay like sunrays. This was Before. After, the woman stands motionless, so we can compare the same square of skin. Smoother, I think ahead of thinking. Better. The studio audience agrees. They clap, too.

Six televisions are lined up next to each other, mounted on a wall. Every other one shows the basketball game. The other three show the infomercial for wrinkle cream. From a treadmill at the gym, I watch them all as sweat slicks the underside of my chin. Am I here to get beautiful or strong? I don’t know. Shit, I do.

Irritated with myself and the world, I call the front desk. “Will you turn off the advertisement on screens one, three, and six?”

“Where are you?” a college boy asks.

“Cardio room,” I say. Whirring frustration transforms into the arrow of my voice. I’m a warrior against subtle corruption, the kind that penetrates deepest. I’m a superhero of the minuscule!

I repeat myself, hang up, then wait. On half the sets, men explode forward in space; orange planets spin in their hands. On the rest, the close-up of the woman’s skin loops before and after, then side by side, then before and after. I dig for calories to keep treading. Stop fighting every little fight, I think. Or call again. No, save yourself for bigger battles. The muscles holding this inner wrestle release when one more screen flips to the basketball game. Warm water from my sports bottle feels cool in my mouth, but then I think: When women complain, men take our places.

Two TVs continue the infomercial, which slows and degrades under my hopeful glare. The camera keeps crawling around the same square inch of skin near the woman’s mouth as an impatient heat sprouts by my own jaw. Finally, the host with red nails thanks the audience in the studio and at home, and the white precipitation of credits drifts down the frame. Some injustices resolve themselves, I think.

This wisdom expires directly. On two screens, in visual stereo, a promo begins for a talk show about anxiety disorders. “There’s a racehorse in my chest,” says a gaunt blonde in an armchair. Then a new infomercial starts on the topic of female baldness. It should not be hard to believe, but it’s hard for me to believe that the programming has returned to another woman’s patch of skin.

A balding scalp, like a singed forest, stretches across the screen. The camera pans its oily discolorations and exposed follicles. It paces between the backs of the ears. I’m jogging but the camera never speeds. We’re caught in a harshly lit, claustrophobic dream: left to right, left to right. Before then after, before then after. Trapped indoors for millennia, women work their bodies like land.

Men fly down the basketball court on the rest of the TVs. Next to them, the double image of the woman’s scalp goes on stamping all the retinas in the room, sliding across optic nerves, and punching each brain twelve hundred times every minute. As the timer on my treadmill hits zero, big as a roll of duct tape, I move on the front desk. I have to leave, but there will be young people in there all night.

I tell the college boy in a cap by the door that an hourlong skincare commercial for women is still playing. “It’s depressing to watch next to men’s basketball,” I say and imagine my words suddenly help him to see. The boy’s pupils, inside their green orbits, roll up to meet mine. He doesn’t care — because he drank last night, or mom drained his sympathies, or he doesn’t think me beautiful. I’m also making too much of a television show.

When he returns my gaze flatly, I am the one who sees. Fifteen years younger than me, he has more power than I’ll ever hold. He asks, “What would you prefer?”

I pretend not to beg as I tell him, “Anything else.” 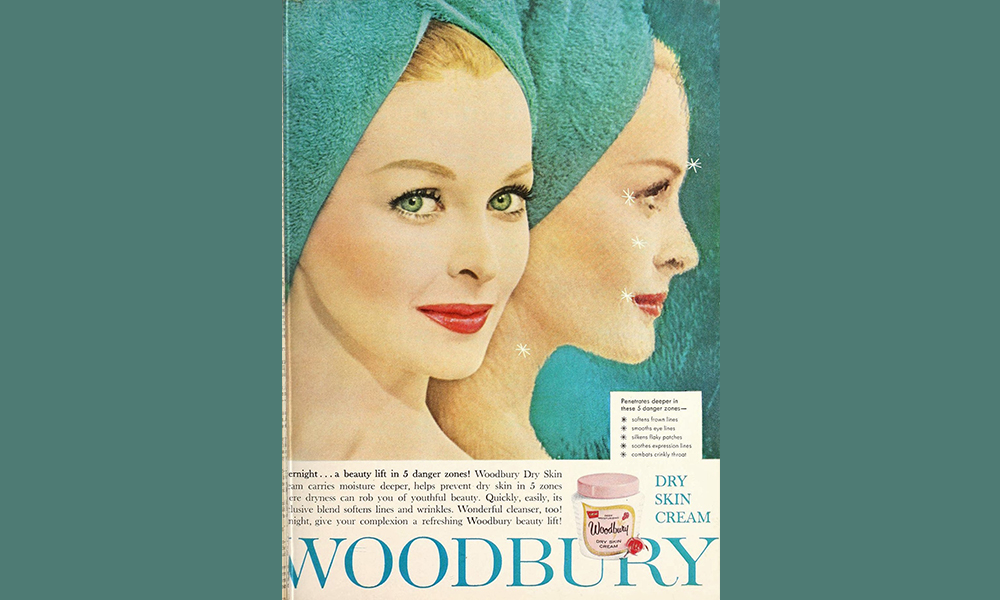