One year ago today I remember my mother’s phone calls. It was the onset of the COVID-19 outbreak. Every day, until I returned to Tallahassee, she would implore me to stay inside my dorm, book a plane ticket, and get out. It was only after I returned to my hometown that we started to hear about the anti-Asian hate crimes. My mom would see the bruised faces of men and women old enough to be her parents and wince. “Thank goodness you escaped. Go eat fruit. We are now safe.”

Except we were not. Just five hours up the road, a year later, six Asian women were murdered in Atlanta. My mom still can’t believe it. “He must have some mental disease there is no way anyone can do that.” She sighs and shakes her head almost on cue. The rehearsed response functions as a coping mechanism, allowing her to transition to another video on her feed and block out what she has just witnessed. It is the same choreography I saw from many people in the East Asian community after the murder of George Floyd, the treatment of children in ICE detention, and the neglect of indigenous communities throughout the entire pandemic. An empty acknowledgement of empathy, forgotten before it can sit in one’s consciousness.

Now, the people standing with us are the same people we (the East Asian community) failed to speak out for, while the people and institutions we have tried to gain the approval of through the myth of the model minority have already begun making excuses for the gunman. As James Baldwin said to Angela Davis, “If they take you in the morning, they will be coming for us that night.” Night has fallen. We failed to stand up for everyone else. Now they have come for us. The real question is what is the future for the survivors of the East Asian American community tomorrow?

Following our rich tradition, I am looking back towards my family for answers. As the son of an East Asian mother and Southwest Asian (Middle Eastern) father, I am a part of two communities facing similar struggles on different timelines. For my father’s community, tomorrow already came in the form of hate crimes against “Muslims” following 9/11. Much like the East Asian community, non-Black people from the “Middle East” and South Asia thought that focusing on material success in America and excelling in white institutions could guarantee safety. We believed this so much that we went to the Supreme Court to be legally classified as white and earned titles like “Doctor” or “Professor” from elite universities. After 9/11, rare racial slurs for our community like “terrorist” and “sandn****r” become permanent replacements for the titles we spent years chasing. More recently, there have even been pushes within the non-Black South West Asian and North African (SWANA) community to redact our racial classification as white.

This would seem like the perfect circumstances for non-Black Southwest Asians and North Africans to change strategies. Perhaps we could start a coalition with African American Muslim communities, who non-Black SWANA mosques previously distanced themselves from due to anti-Blackness inherited from colonial institutions in our ancestral homelands. Unfortunately, this is not the case. Non-Black SWANA communities, especially in the South, have gone back towards trying to “win” respect through material success, this time with the knowledge that safety is never guaranteed. The surge in Muslim activism remains by and large focused on issues abroad, as opposed to the struggles here. There are examples of some groups who have united Muslims of all cultural backgrounds to fight white supremacist institutions: Believers Bailout posts bail for Muslims in jail and ICE detention facilities awaiting trial, seeking to combat the prison industrial complex; Muslim Anti-Racism Collaborative, a Black-led multi-cultural Muslim nonprofit, has been hosting trainings to help non-Black Muslim spaces confront racism and anti-Blackness since 2017. Unfortunately, the success of these individual organizations is not the norm. Many non-Black Muslim spaces continue to avoid issues of race in an effort to remain “apolitical.”

Despite these failures, it is important to note that non-Black SWANA communities have become more vocal in expressing their opinions against American operations overseas. Since 2001, we have been protesting for Palestinian freedom, against the passage of the “Muslim ban” from President Trump, and for the rights of Syrian refugees. There is less stigma against advocating for human rights because there is less fear of upsetting white Americans. More second-generation SWANA children have begun professionally pursuing fields like journalism to speak out against injustice.

Of course, the experience and history of the non-Black SWANA community is not the same as that of East Asian Americans. Japanese American activist Yuri Kochiyama helped organize campaigns to free Mumia Abu-Jamal, a former Black Panther, and advocated for reparations for African Americans. Chinese American activist Grace Lee Boggs organized alongside Black auto workers for better working conditions and hosted Malcolm X when he delivered his “Message to the Grassroots” speech in Detroit. The Third World Liberation Front, which Black Student Unions inspired, fought university admissions policies that barred non-white students from college and established Ethnic Studies departments at the University of California, Berkeley and San Francisco State University.

However, those individuals and movements largely faded when our community started believing the idea that we could escape discrimination by becoming educated and successful. We thought we could be accepted as a “good minority.” The murders in Atlanta and broader anti-Asian violence throughout the COVID-19 pandemic are evidence that we will never be safe following the model minority myth — especially our poor, women, and elders. There will be more involvement in activism following the pandemic. We must take lessons from the SWANA struggle and be ready to guide this surge in involvement towards fighting anti-Blackness within our own community. It is only once we have addressed these issues that we can reach out to create interracial coalitions with others to uproot white supremacy. 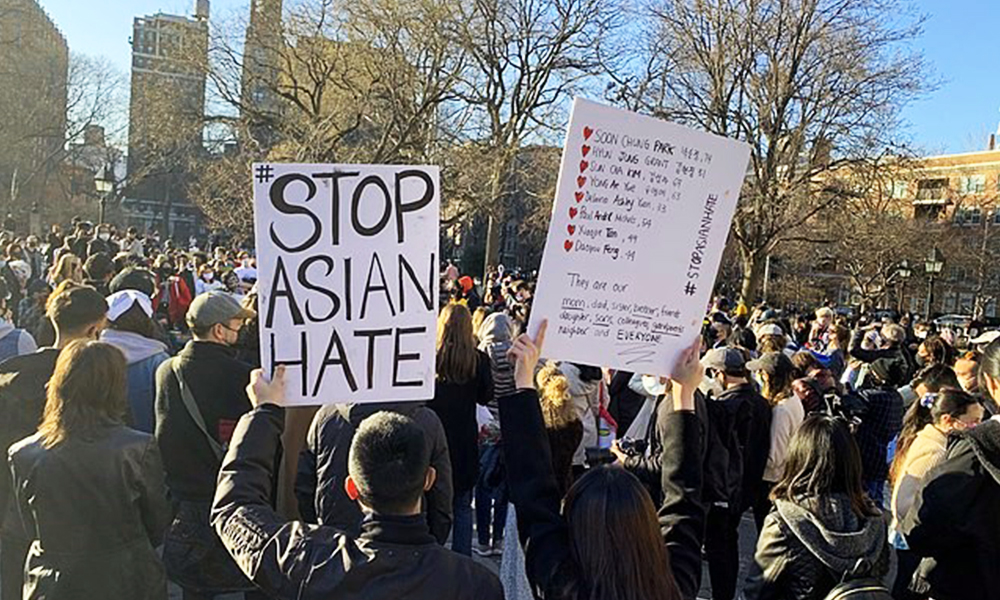