I count the winter I spent in England among the worst periods of my life. Beyond the fact that grey, slushy Oxford was reportedly experiencing the most severe weather in 100 years, I was isolated, and lonely. The British and I simply did not get along. My American-ness, that is, my boisterous laugh, tendency to provide free-flowing opinions and emotiveness, caused Oxford classmates I encountered to tense up, and then immediately write me off as ridiculous. And maybe I was ridiculous. But the point is, that I have no love for, no kinship with, England. That is, until recently.

Another personal flaw that I am aware of, but do little to improve upon, is that I turn to television for comfort when work, life, and the news, emotionally bury me. I know I should rise up and Act whenever the next heinous law or deadly attack happens. But lately, I don’t. I feel shame about that. I justify it by reminding myself that I donate to my causes, I call my congressmen, read, write, and share important takes. And then, the truth is, I often recede to my couch. An ignominious part of my privilege, I suppose.

As I mentioned in a previous column, I sought the world of The West Wing as an antidote to the early days of the Trump presidency. But a dose of the Bartlett administration stopped working fairly quickly; the fictional progressive, functioning government became sad, not inspiring. Next, I devoured rom-com-ish sitcoms and dramedies like New Girl and Lovesick.  I had a not-so-brief stint in fantasy, re-watching Game Of Thrones, and finally learning about that alternate universe of The Avengers, in which aliens are superheroes’ biggest problems.

And then, I found The Great British Baking Show.

The Great British Baking Show (GBBS) is a cooking reality TV show in which 12 contestants compete to become Britain’s best amateur baker. Each week, the show eliminates one baker based on how they perform in three baking challenges: the signature dish, the technical challenge, and the “showstopper.” The judges, professional bakers Mary Berry and Paul Hollywood, judge contestants on elements like taste, texture, uniformity, ingenuity, and presentation. Two hosts (two!), the blazer-wearing Sue Perkins and Mel Giedroyc, narrate and keep the show moving right along.

In its basic description, it sounds like any food reality show you could find on The Food Network. But in execution, it is absolutely its own decidedly British beast — and that is what makes it so wonderful.

The dynamics of the show can be best described as, well, polite. Contestants often help and compliment each other, and the judges are encouraging while stern. And in sharp contrast to every other reality TV show, there is little to no animosity amongst the contestants. Consider an event that roiled the cast and viewers alike: one contestant, the young gun Iain, found his Baked Alaska melted after another contestant, the grandmotherly Diana, apparently took it out of the freezer and left it on the counter. Iain looked frustrated and downcast, and ended up throwing his dessert in the garbage. But was there a screaming match? Accusations of blame?  A litigation of the fairness of Iain’s subsequent elimination? Absolutely not. Iain, in a confessional, merely says that he’s disappointed with himself for letting some momentary emotions get the best of him. Too true.

Then there is the absolute lack of bluster, the hegemonic self-deprecation amongst all the competitors. On an American cooking show, each chef energetically states for the camera why he or she believes that they will be the champion.  But when the GBBS‘ Sue or Mel ask the baking contestants about how they view the standings, the contestants always name another competitor as the person who will surely be named Master Baker. When a contestant receives a bad review from Mary or Paul, they meet it with a shrug and a smile, seeming to say “why yes that is exactly what I deserve.” When they win or receive a favorable review, they are nearly always shocked, and then tell the camera about the flaw that they saw in their immaculate dessert, and how surprised they are that their askew candied walnut didn’t bring them down.

The contestants’ self-deprecation goes hand in hand with the particular way the judges give praise. The British “well done” is a phrase of highest commendation. When giving a compliment based on something like taste, Mary and Paul almost always qualify it with a “To me,” this is X, Y, Z — avoiding definitive authority. Then there’s the actual words they use. Things are delicious, scrumptious, beautiful, bang on. But they’re never “great,” “fantastic,” “amazing.” It’s not that the judges aren’t complimentary, but there’s a lack of effusiveness always that adds some sort of, well, dignity.

It is these and other, I think, particularly British things that make watching GBBS so delightful. One contestant, Norman, is the consummate “simple” and “classic” cook; in America, he would be akin to someone well-versed in staples like fried chicken or meatloaf. But as he’s preparing a haggis pie, when prodded by host Mel, he breaks into a truly incomprehensible recitation of the Robert Burns poem “Address to a Haggis.” One cannot imagine a Paula Deen type ever reciting Frost as she chooses between, say, a honey or a buffalo glaze.

Maybe it’s just the accents, but watching GBBS, it’s a relief to embed myself with these people who are polite, quiet, humble, funny, quirky, and kind — seemingly by nature of their national origin, as well as their love of baked goods. The show’s premise — the importance of a well-composed, beautifully constructed, technically masterful bake —is in a way refreshing, too. Its unquestioned dedication to tradition, craftsmanship, and beauty is as comforting as a forkful of pie.

But there’s only so much reality TV a girl can take. After binging most of “Series 4” (which is Season 1 on Netflix in America), I’d had enough talk of yeast and kneading and proving (the British word for rising…I think?). But I found I didn’t want to leave England. So the next night, I put on an old favorite, the Keira Knightley version of Pride and Prejudice, and allowed myself to get swept up in the romance, with a hardy assist from Mr. Darcy’s (Matthew MacFayden) gray-green eyes. The banter between Elizabeth and Darcy thrilled me, as it does every time. But after Norman’s Burns recitation on GBBS, I found I had a special appreciation for this dedication to verbal wordplay that’s found in an otherwise sappy romance movie.

I next watched the Mia Wasikowska and Michael Fassbender version of Jane Eyre. This was pretty much a boring bust, but the characterization of the quiet, mousy Jane as someone bursting with passion made me laugh appreciatively. It reminded me that something I love so much about Pride and Prejudice is that the moments with the biggest drama, the swelling music, are cast in GBBS-esque quietude; when Darcy confesses his love for Elizabeth, he says “I love you, most ardently.” When Elizabeth finally reciprocates, all she says is “well then,” as she steps forward, and kisses his hands.

But Jane Eyre left me wanting, so I turned to a more overt romantic drama: Downton Abbey. The same things that made me appreciate Pride and Prejudice and GBBS thrilled me in the Masterpiece Classic production: the sparring about Roman myths over the dinner table, the strange formality, the restrained expressions of emotion. The more modern, more American elements, such as the plotting Ms. O’Brien, and that hilarious untimely death of Mr. Pamuk, annoyed me even more than they had the first time. They were like contemporary intrusions into a pristine world of good manners. Which is really the whole premise of Downton Abbey: British formality’s struggle to adapt to the messier (and more equitable) modern world.

In the real world, the brashness of our president makes me ashamed and sad for the face America shows to the world, and to each other. So anything founded upon something as arcane as Good Manners is endlessly appealing. The daily shouting matches that I witness on cable news and on Twitter — largely devoid of true insight, running high on confrontation — send me to a world in which wit rules the day. The seemingly endless list of insurmountable issues from gun violence to healthcare to sexism to disenfranchisement in America make a beloved retreat out of inhabiting a televised, fictionalized, somewhat morose domain, in which a beautiful cake or a “suitable match” are the biggest problems of the day.

Through these television shows, I wrap myself up in this lovely world, this British world, of self-deprecation, intelligence, nostalgia, and even a certain charming stuffiness. Of course, it’s not actually England I’m seeking out in these television sanctuaries; contemporary England is currently experiencing many of the same problems as America, such as the rise of authoritarianism, isolationism, and overt racism. Instead, it’s these qualities, these quirks of Britishness, that make The Great British Baking Show and Downton Abbey alike my chosen comfort food. It may not be responsible, as a citizen, but it’s one way of coping.

Whenever Great British Baking Show contestants receive a new task, they take a beat, and say, “right,” often with a nod. It’s their way of setting themselves on the course of a difficult job. But in its simplicity, and yet resoluteness, it shows what I love about this British attitude that I’ve been seeking out on TV: understatement, determination, composure, and good humor. As the world crowds in on me, I know I can’t always run to my sofa. So as a new Anglophile in America, maybe I can take the British “right” from their world, and apply it to the considerable effort that is being an engaged American citizen in the 21st century. That’s a task that requires a delicious piece of cake, indeed. 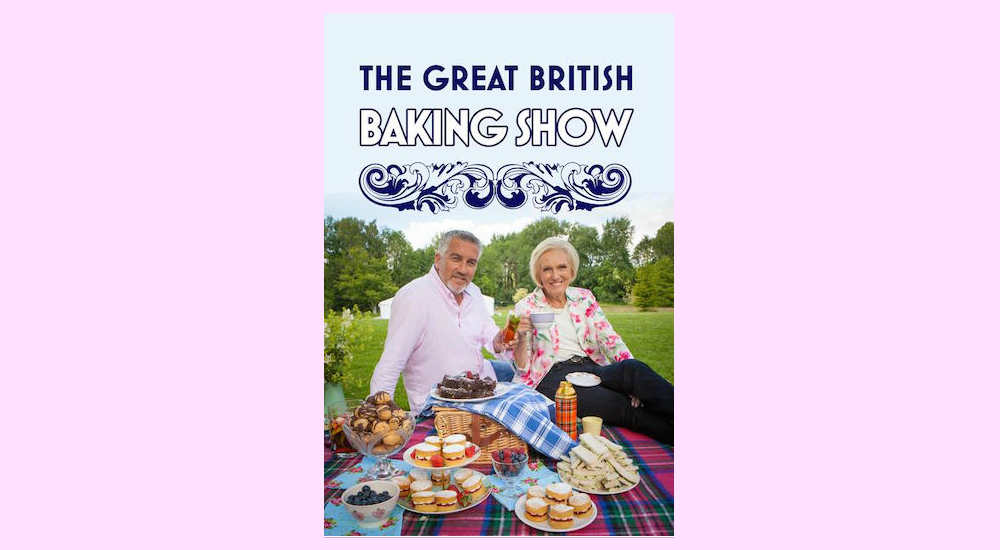