I’m in the Mountain View Mausoleum with Elise, my 17-year-old daughter, and 50 other people who are also having the Wicked Lit experience — an ongoing Halloween theatrical series I’ve been addicted to for many years.

It is weirdly delicious to see a well-executed performance of W. W. Jacobs’s Monkey’s Paw  in the bowels of a mausoleum on a chilly October evening. Even more delicious is that the Mountain View Mausoleum is located on Calaveras street, a word that translates from Spanish as “human skull.”

As a child I had an unhealthy attraction to the supernatural. Once, while waiting for my mom at Boy’s market on Crenshaw, I picked up an Alfred Hitchcock Presents anthology and the first line of the first story began, “Don’t put this book down.  I’m watching you and I have a gun pointed at you. You can’t see me but if you put the book down you’re dead.”

I panicked, as a 10-year-old would do.  After finishing with the story I was certain my mother wouldn’t buy the book, the one requirement for me to stay alive.  I expected to die until I forgot that I was supposed to die.

My mother never considered that her interest in horror and the macabre might not be the best thing for me. I was just drawn to the grim and grotesque and my mother was my enabler. She took me to the Centinela Drive-In to see Night of the Living Dead. Throughout the movie, I kept looking, straining to see through the darkness for ravenous zombies lurching towards me.

I managed to survive that night, but some years later my mother decided that we should stand in line at the Egyptian theater for hours to see The Exorcist. The film opens with the eerie sound of bees and a shot of the demon Pazuzu. I was terrified. This black dude sitting next to us screams “Fuck this!” and bails out of the crowded theater. I desperately wanted to follow him, bolt the hell out of there, but my mother wouldn’t have tolerated any of that silliness. Luckily, nothing else in the profane and vomit-spewing film was as frightening as that broken field run for safety and sanity.

The high mark of horror for me was the literary deliciousness of Bram Stoker’s Dracula. Stoker’s Victorian restraint made for compelling sexual reverberations and graveyard dread that no movie could express.  I was so lost in the novel that I put a rosary above my bed and garlic salt below it.

The “fellas” — friends of my older brothers — who would come over to our house and drink Mickey Big Mouths and smoke massive amounts of weed often opined about life. They discussed the white man, the Vietnam War, and occasionally H.P. Lovecraft.  These guys, though buzzed most of the time, were worldly and well-read. They talked about the mind-blasting merits of Lovecraft’s horror. But they all also called out his disturbing opinions about black folks and the fear of female genitalia. When I read Lovecraft it scared the shit out of me because everything the fellas said about his race hatred was absolutely right.

I kept that in mind as Elise and I walked about the Mountain View Mausoleum, the gothic plays resolving themselves, and I felt almost light hearted. The horror stories that terrorized me as a child now seemed reassuring. What provokes my sleepless nights now is unease about a white nationalist president and his tiki-torch carrying supporters. I can only hope that my fears and worries of what an unbalanced Commander-In-Chief might do will become like the horror stories of my childhood: grim amusement for an evening’s pleasure.

Wicked Lit: The Chimes & The Corpse by Unbound Productions is running at the Mountain View Mausoleum through November 10. 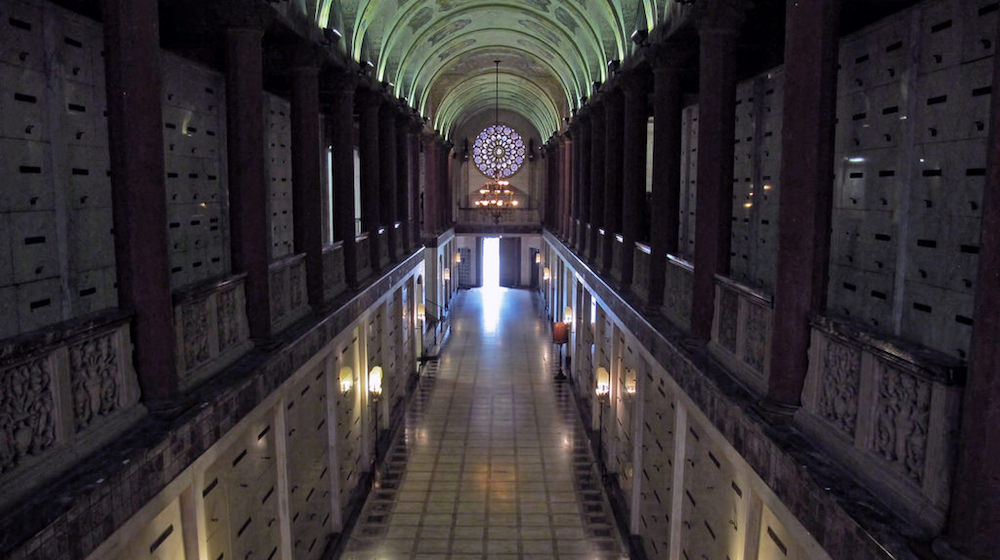