“Words, words, words,” says the young prince in Hamlet, arguably the greatest play ever written in any language. Perhaps part of why it has remained influential for 400 years is that it can be a kind of blueprint for us, or at least a mirror. As a mirror turned to our society today, it reflects our political turmoil, our corruption, and frankly, our hypocrisy.

Hamlet also says, “Suit the action to the word, the word to the action.” This line has come up a lot lately, as I’ve thought about why conservatives are so willing to turn a blind eye to President Trump’s blatant disregard for our environment. As a professor of theatre at Northwestern University, I interpret Shakespeare’s line to basically mean, “make your actions match what you say.” In other words, there are the things people say, and the things they do.

Webster’s dictionary defines conservatism as a “disposition in politics to preserve what is established” and conservation as “a careful preservation and protection of something; esp.: planned management of a natural resource to prevent exploitation, destruction, or neglect.” The common denominator in these definitions lies in the word preserve.

President Trump’s environmental policies, however, have set these two words, conservatism and conservation, at odds with each other. That, or like Polonius in Shakespeare’s play, conservatives in the Republican party are turning a blind eye to the truth for political gain.

Certainly, Trump, and the conservative members of congress who have supported his adverse environmental policies, seem hypocritical at best, in claiming to champion conservative values and yet endorse a plethora of actions that threaten the preservation of America’s most precious resources.

Rolling back President Obama’s Climate Action Plan is only one of the many aspects of the administration’s assault on practically every environmental advancement of the last 40 years.

To be sure, not every conservative member of congress supports Trump’s every action, as the health care debate has so clearly proven. Nonetheless, the deafening silence from Republicans regarding the President’s fateful actions toward our environment contradicts the very essence of traditional conservative principles.

Two of the “greenest” presidents in the history of our country were Republicans: Theodore Roosevelt and Richard Nixon. President Roosevelt, often called the Conservation President, cleared the way for the establishment of the National Park Service, and created the United States Forestry Service.

For his part, Richard Nixon created the Environmental Protection Agency, the Clean Air Act, the Clean Water Act, and the Endangered Species Act. Though his critics accused him of trying to draw focus from the war in Vietnam, he nonetheless responded to a very popular conservation movement across the United States.

Since then, 40 years of science have provided undeniable evidence that the global climate is changing rapidly, and every president since Nixon has upheld the actions these two Republican presidents have instigated. With less than three months in office, President Trump has threatened to dismantle or eviscerate practically every one of these actions.

The administration’s unsubstantiated claim that environmental regulations are bad for job growth has exacerbated an entrenched partisan atmosphere in Congress, drawing conservatives into an undertow of agreement with Trump on nearly every one of his environmental actions.

The unfortunate reality is that the coal and oil industries in the United States are struggling, while jobs in the solar energy sector alone, have grown by 123% since 2010, and over 20% last year alone, at a rate of 12 times that of the over-all economy.

But there is a glimmer of hope. The profound diversity of opinion in the Republican party over the health care issue has set the stage for Republicans to stand with conviction based on the needs of their constituents, and hopefully allow them to see the value of clean air and water for their communities ahead of party politics.

In his book, Conservatism Redefined: A Creed for the Poor and Disadvantaged, Patrick Garry argues that, “If conservatism turns a blind eye to the destruction of our natural environment — the only one we have — the very notion of ‘to conserve’ would be undermined.”

If true conservatives in congress can hold fast to the courage of their convictions, grounded in conservatism’s core principle of preservation, and truly suit, as Hamlet suggested, their actions to their words, there’s hope that our country’s environment won’t be hypocritically abandoned for political gain. 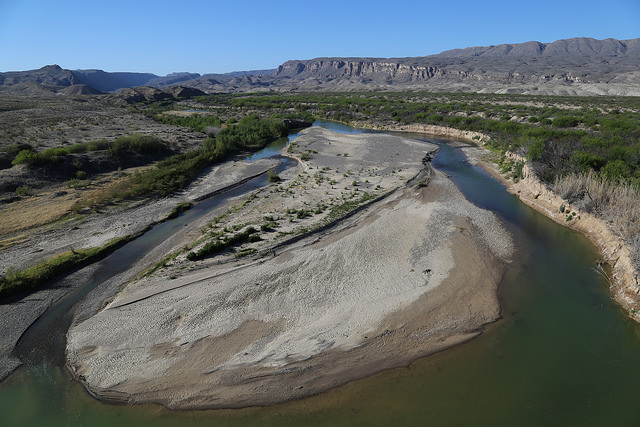