Earlier this year, comedy writer Nell Scovell wrote a piece about a conversation with Dave Letterman. It was a follow-up to an essay she had written 10 years before, in which she talked about walking away from a job as a writer for the Letterman show because of sexual favoritism — the now-familiar circumstance of not being treated fairly as the only woman writer amid a group of men. After I read Nell’s piece, I began thinking about my own experience with Dave Letterman, the one that didn’t happen. The same issues are involved, for completely different reasons.

I’ve been writing since I was a little girl. In the beginning I would send material to Mad Magazine under the name “Dean,” as I saw that it was mainly written by boys. My father had taught me how to write and I wanted to be like him — funny. It was a family style, and we all loved to watch Vegas comedians on the Ed Sullivan show and listen to Stan Freberg and Allan Sherman, and when Larry, Curly, and Moe did their thing, well, watching them was almost a religious rite. I don’t think any of us have ever recovered from the day Curly Joe replaced Curly and Moe was somehow superseded by Shemp.

But of course laughter is also a way of dealing with pain. It served its purpose for a long time, covering a multitude of family sins and propelling me into a chuckle-based career for years. At first, I wrote numerous pieces of satire and parody which were published in mainstream publications and magazines. And then, one day, I became a comedy writer, staffing for shows such as “Square Pegs” (Sarah Jessica Parker’s first series), “A Different World” (the Cosby spin-off with Lisa Bonet), and others.

I also co-edited a book called Titters, The First Collection of Humor by Women (along with SNL and National Lampoon writer Anne Beatts, who created “Square Pegs”; the book was designed by Judith Jacklin Belushi — and yes, John is in it, in a wig). Paradoxically, although this book was designed in response to the never-ending question Are women funny?, it was my then partner, Rex Weiner, who suggested that we put this book together. A brilliant editor, he was always coming up with great projects for the writers in our circle, and Titters joined a list that included the New York Ace, an underground newspaper he founded and edited, engendering a scene that New York Magazine described as “Paris in the 20s.” There was also his publication, Reliable Source, a satirical magazine that preceded Spy, once displaying Jimmy Carter on the cover with a safety pin in his lip under the title “Punk President,” around the same time that Sid Vicious and the Sex Pistols had released “Never Mind the Bollocks” with Sid belting out Frank Sinatra’s iconic “My Way,” but louder and faster.

It was out of these tailwinds that Titters was launched, and it quickly became a thing and I soon became part of a circle of female comedy writers in the 70s and 80s (there weren’t many). Yes, women are funny was the subtext and opening card and so we made our entrance, shaking up the demographics around the fabled “table” in the mythic writers’ “room” of TV land. In fact, when Anne created “Square Pegs,” it was her policy to hire as many female writers as she could wrangle network approval for, and thus that show became the first television comedy to have mostly women writers in staff positions. At some point during those years, thanks to Anne, I was interviewed by Lorne Michaels a couple of times for an SNL job (didn’t get it), and then one day, Dave Letterman came calling.

Or at least one of my agents at William Morris did. He wanted me to have dinner with Letterman and other important men in the comedy world — I can’t remember exactly who, maybe some comedians or other figures from the New York comedy scene, maybe some producers of Letterman’s show or managers of other comics. It was all pre-arranged. The idea, he said, was that Letterman had this ritual in which he invited a female comedy writer to dinner with him and his pals, and it was a kind of try-out for his show — perhaps a simulation of “the room” or “the table.” It was obviously a big deal, not just an invitation to dine with the right people, but a summons to the peak. Now I could hang out with the guys who ran the joke factory of my era, cracking wise with the best of them, and even one-upping my relatives in the process. If the dinner went well, I’d have a lifetime pass on the comedy train, so of course I accepted the invitation and fast-forwarded to what was I going to wear.

But there was a serious problem. I had reached one of those forks in the road, and everything in my life was changing. Not much seemed funny anymore. Yes, I had been making a living selling “yuks for bucks” and was known for doing so, but somehow I had run out of steam. Reacting to things just wasn’t working for me, and in fact I had little to say in that regard. I was going through a devastating break-up; I tried to bury my feelings but for the first time in my life, could no longer do so. Moreover, hurtful things from my childhood were surfacing. My old way of dealing with pain started to fall away, and I actually began to feel certain things that I had not acknowledged for years. As a consequence, I no longer wanted to spend time with wise guy comedians who turned female pain into jokes, and that had all started with my father.

But still. Dave Letterman? Couldn’t I just pretend that everything was fine, even when I had finally told myself for the first time ever that it wasn’t? I went round and round on whether I should have dinner with Letterman and a table full of wiseacres, and sequestered myself from friends and didn’t even tell those who would have been the most excited about the invitation that I probably was going to walk away. Finally, I summoned the courage and called my agent. “I just can’t do this,” I said, and gave some cover story about why. He was very surprised and very disappointed, as I recall, and I could hear it in the initial silence that followed my announcement and then in his voice. My landing a job on Letterman would have been a coup not just for me but for him as well; he had worked hard on my behalf for a long time and he was proud to have arranged this invitation. I didn’t feel so great myself.

But new to the world of pain, I had no idea how to express it. I can’t remember the aftermath of that phone call, other than coke and champagne and then sex with a stranger who became a boyfriend, briefly. And after that it was Armagnac to fall asleep, and then the cycle repeated for a while until it ended and finally it was time to emerge. I took on a couple of other comedy-related writing gigs to stay afloat, and for a while continued on automatic pilot. But I knew that an invitation from Dave would never come my way again.

During that period of my life, a skin started to fall away. I began spending more and more time in the desert, leaving the swimming pool at a resort where my friends and I would soak and write jokes, and heading into the sands. I found solace among Joshua trees — who often dished out baseball stats and dating advice. They were funnier and wiser than the Three Stooges (and they liked them!), so what more could I ask? As I traversed arroyos and listened to ravens and quail and the rattle of snakes and the skittering of creatures and my own heartbeat synching up with the all of it all, certain stories began to come my way. I’m still telling them, and they’re not funny. In fact, they’re the “I’m not crying, you’re crying” kind of sad.

Sometimes I think, what if I had aced that dinner and taken that job with Letterman, a man of the stogie? I would have been lost in his smoke forever, laughing with the guys, and still pretending everything was fine. Having read Nell Scovell’s piece, I realize that I can now say, Dave, thank you for that invitation. You may not have heard this from a female writer before, but I wouldn’t be here without you.

Every now and then, when I’m hiking and find myself amid the Joshuas, I detect a hint of cigar smoke wafting across the trail. It’s the scent of my father’s cigars, the ones he smoked when I was a little girl and we would invent characters and write funny scenes and laugh at the world outside of our very own writers’ room. My actor friends are right, I always think. In sense memory is everything; the smoke doesn’t lie. My cigar-huffing father conjured up hilarious scenarios, and sometimes the jokes were at my expense, or my mother’s, or they were a straight-out dismissal of painful matters that I wanted to discuss, as if the things I had experienced did not happen. And I would laugh too because that’s what girls did and thus did everything seem to be a laugh riot. And yet, inside that selfsame writer’s room, one of the things that my father used to read to me was the Edgar Allan Poe poem, “Eldorado.” It took me into its world of sand and paths that were lined with cactus, a terrain that became my salvation. And thus is the circle — or “the room” — repaired.

And now, enter my maternal grandmother, with her ever-ready punchline. “Life is funny,” she used to say. “Oh dear, oh dear.” You see, she too is part of my desert pantheon, and not just because she liked Liberace, the king of dryland lounge acts. Once she appeared to me in a vision, long after her death, in a Joshua tree, around the time that my life was falling apart and I had bowed out of that dinner. She was handing me a vial, of water I thought. But I was wrong. It was a vial of my own tears, I later realized, and they were stored for me in the land of little rain. It was ok to let them fall, she was saying, and then she vanished. 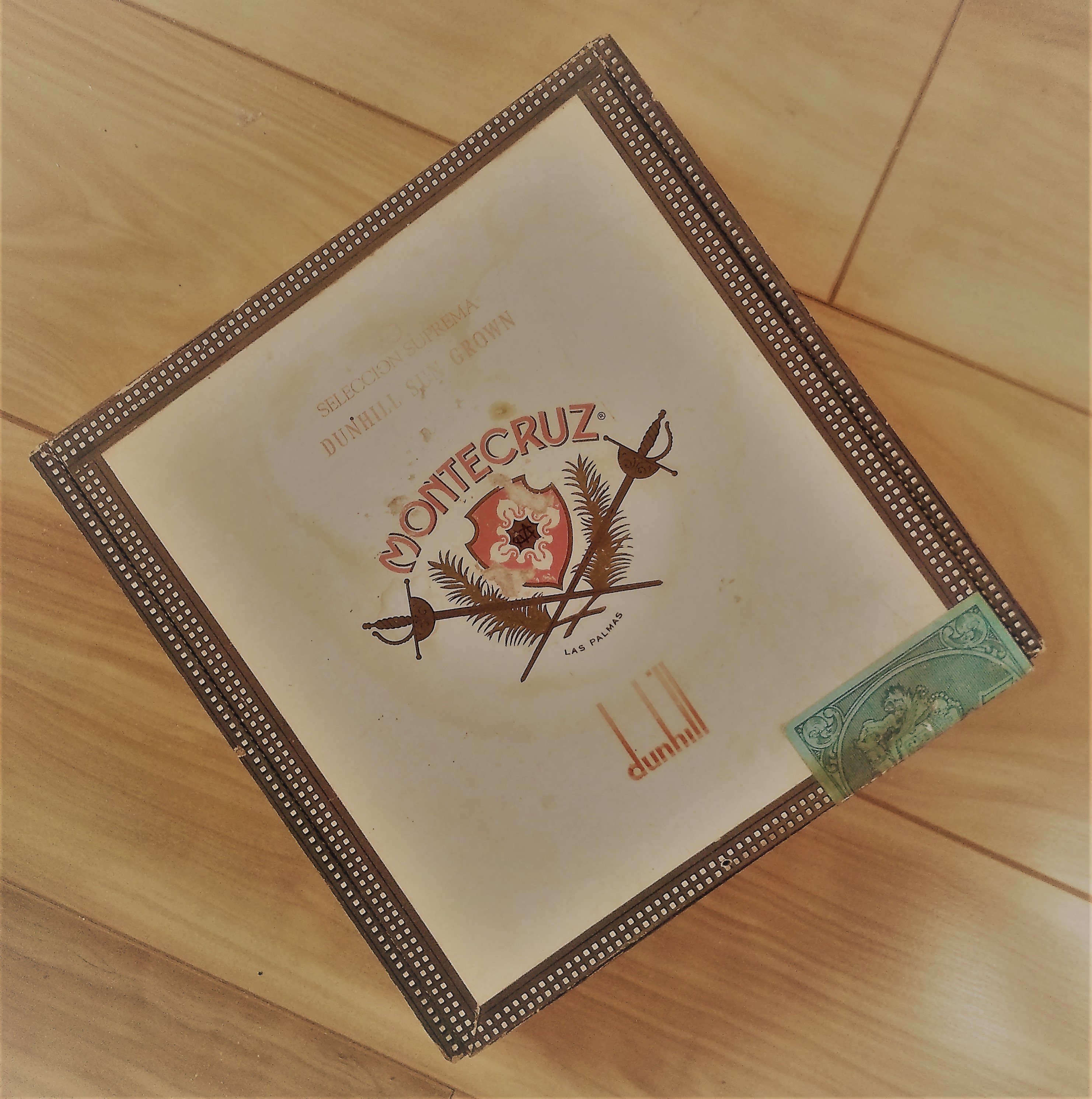