I wrote a letter to patriarchy. By I, I mean we: we feminists and #MeToo. Some of the words are mine, some are theirs. Theirs are acknowledged with endnote citations, but when read aloud our words blend together, creating a cacophony of desire, anger, cringe, and longing that is difficult to ignore. It’s a new lexicon, a new language that can’t be tamed, cannot be defined by one single demand or one single voice. Chris Kraus inspires my letter with her letters to Dick in her 1998 novel I Love Dick and Jill Soloway’s 2016 Amazon homage. To Kraus’s and my voice, I also add various feminist luminaries from the past and present, all speaking together here and now: Valerie Solanis, Shulamith Firestone, Andrea Long Chu, Simone de Beauvoir, the Combahee River Collective, Noname, Donna Haraway, Mary Gaitskill, Margaret Atwood, Mary Wollstonecraft, Stormy Daniels, Monique Wittig. We speak not just for ourselves, but for others too: we call out to them to answer our appeal and say #MeToo. We speak to Dick, a particular Dick, but also to all dicks. The letter is addressed to them, but who they are is far less important than who we are. Who are we? Anyone who sees their style as a feminist style, who identifies with women. We are those who hear, speak with, and join women. We are those who say #MeToo. The addressee is thus not fixed, not known in advance of taking up the appeal. The address, the appeal, and the destination, is not known, it is open. It is to be forged, to be found, to be created, together: something more, something new — but definitely not something old, borrowed, or blue. That story is over.

“Every letter is a love letter.”¹ The romance of patriarchy makes romantics of us all. “Thrown into a world that goes beyond her and upon which she does not claim to act, a woman must create for herself the coziest possible nest.”² We love the comfort, and endure the violence and the humiliations of the couple, the family, the nuclear units that can vaguely satisfy, but ultimately crush us. We have to do more than react. How can we change, move, desire differently? “Through love I am teaching myself how to think.”³ We have to rethink, reimagine, and recreate our love stories: whom we love, how, under which conditions. #MeToo, #WeToo. What do we want? Fassbinder said once, “I detest the idea that love between two persons can lead to salvation. All my life I have fought against this oppressive type of relationship. Instead I believe in searching for a kind of love that somehow involves all of humanity.”4 “Travelers who require that every nation should resemble their native country, had better stay at home.”5 #WeToo must leave home, go elsewhere, want more, want otherwise. “The walls is caving, the laws is changing, Bill Cosby ain’t the god we made him.”6

But we thought he was, and some of us still think so. In spite of ourselves, we love dicks and are often swayed by fucked-up ideas of possession, romance, race, violence, hierarchy, sovereignty, capital, war, family, motherhood. We want to placate you, satisfy you, possess you, mimic you, be you. Some of us want to lie down, others to lean in.7 “‘What do you want?’ A direct question tinged with irony. Your mouth was twisted, wry, like you already knew the answer. ‘What did you expect by coming here?’ Well I’d come this far, I was ready for all kinds of trials. So I said, out loud, the obvious: ‘I want to stay here tonight with you.’”8 “Avoiding my eyes, he answered, ‘If I wasn’t such a nice guy you could really be getting screwed.’ The remark sounded to me like a threat, albeit a low-key one. But instead of asking him to explain himself or to leave, I changed the subject. Some moments later, when he put his hand on my leg, I let myself be drawn into sex because I could not face the idea that if I said no, things might get ugly.”9 “He said: “Wow, you — you are special. You remind me of my daughter.”10 “That’s a beautiful little girl. It’d be a shame if something happened to her mom.”11

“In late capitalism, was anyone truly free?”12 “The complete truth is more complicated than intellectuals who write scolding essays on victimism seem willing to accept.”13 “The women say, the men have kept you at a distance, they have supported you, they have put you on a pedestal constructed with an essential difference. They say, men in their way have adored you like a goddess or else burned you at their stakes or else relegated you to their service in their back yards … They say, yes, these are the same domineering oppressors who sleep crouched over their money bags to protect their wealth and who tremble with fear when night comes.”14

“As children we realized that we were different from boys and that we were treated differently. For example, we were told in the same breath to be quiet both for the sake of being ‘ladylike’ and to make us less objectionable in the eyes of white people.”15 “But illegitimate offspring are often exceedingly unfaithful to their origins. Their fathers, after all, are inessential.”16 “It is a supreme irony of feminist history there is no woman more woman-identified than a gay trans girl like me.”17 “We realize that the liberation of all oppressed peoples necessitates the destruction of the political-economic systems of capitalism and imperialism as well as patriarchy.”18 “If there were a word more all-encompassing than revolution, we would use it.”19

This word “was a message, and it was in writing, forbidden by that very fact, and it hadn’t yet been discovered. Except by me, for whom it was intended. It was intended for whoever came next. It pleases me to ponder this message. It pleases me to think that I’m communing with her, this unknown woman. For she is unknown; or if known, she had never been mentioned to me. It pleases me to know that her taboo message made it through, to at least one other person, washed itself up on the wall of my cupboard, was opened and read by me.”20 “The female function is to explore, discover, invent, solve problems, crack jokes, make music — all with love. In other words, create a magic world.”21 “The women say that they expose their genitals so that the sun may be reflected therein as in a mirror. They say that they retain its brilliance. They say that the pubic hair is like a spider’s web that captures the rays.”22 “Dear Dick, We are at your doorstep.”23 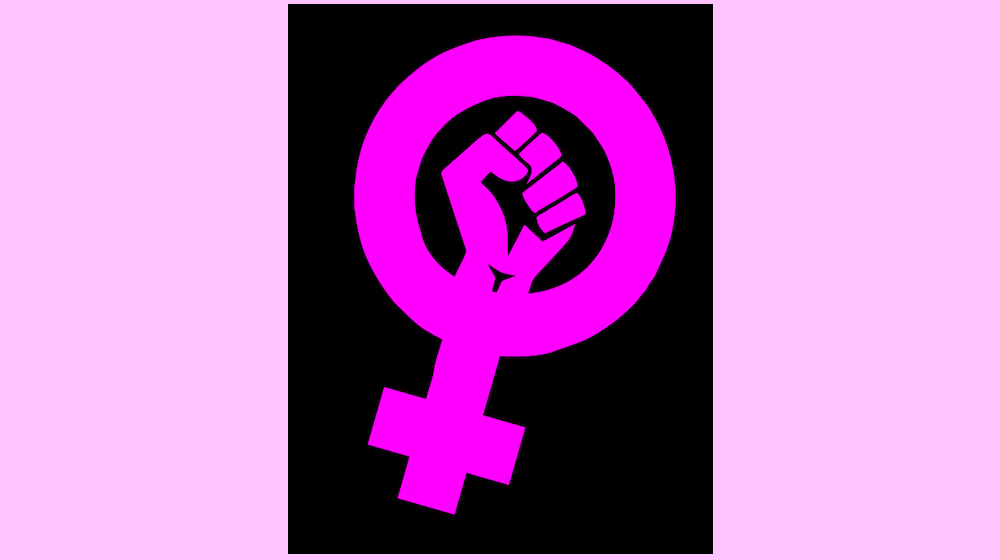