Why do some of us look at that so-called caravan currently in Mexico and see people like us, while others look at the same image and see “rapists”?

The answer can be found in the President’s own words as he announced his campaign for the Presidency in June 2015: “When Mexico sends its people, they’re not sending their best…They’re bringing crime. They’re rapists. And some, I assume, are good people.”

This week, as the President muses about nullifying birthright citizenship, the strange syntax of the last two phrases is suddenly striking: “They’re rapists. And some, I assume, are good people.”

This seems to mean — as many assumed at the time — that some migrants are rapists and others are good people. This assumption is what led many to respond to Trump by demanding proof that any migrants at all were rapists, seeking to falsify Trump’s demonization. But what if the phrasing means that all migrants are rapists, and some of those rapists are also good people? Why not? Trump has, since his election, defended a series of men accused of sexual assault — Roy Moore, Bill O’Reilly, Roger Ailes, Rob Porter, Brett Kavanaugh — describing them all as good men.

In this week’s context, though, it seems that when Trump accuses migrants of being rapists, it actually has nothing to do with the criminal act of assaulting women or penetrating them without their consent. The President does not give a fig about that. Instead, he is focused on those who might penetrate the US without its consent. That is why in recent rallies he has been referring to the caravan as “an assault on us.” In Trump’s way of imagining immigration, the US is the innocent victim of unwanted penetration, and so all those who seek to enter are rapists, as such. This is why some of us can look at that caravan and see people like us, while others look at the same image and see “rapists.”

Notably, the Republican Party, the Party that, in the case of actual rapes, is all too happy to blame the victim and ask, “What was she wearing? Didn’t she ask for it?” is not interested in looking into the role of the US in creating the conditions for current migrations. Nor is it interested in the climate change effects that impoverish formerly arable land and force people into motion as their way of life becomes unsustainable.

Instead, we are now discussing the 14th amendment. Why? Because the migrants besmirched by Trump’s blood libel do not only penetrate us, according to the libel. They also, Trump says, impregnate us — against our will.

“A woman is getting ready to have a baby, she crosses the border for one day, has the baby, all of a sudden for the next 80 years, hopefully longer, but for the next 80 years we have to take care of the people,” said Trump during the campaign. “No, no, no, I don’t think so.”

(Did he say no? Was it loud enough? Did he mean no? Or did he say no but maybe mean yes? What was he wearing?)

In the view promoted by Trump, the US-born children of migrants are inside us and they have rights over us. Shall we be forced, against our will, to bear the children that result from this violation, though we do not consent? Trump Republicans think the answer is obviously “no.” But this is the very same Party that is all too happy to force women to do just that, even in cases of actual rape and incest.

The only way to restore our virtue is to undo the damage, says the Party that opposes abortion even in cases of rape and incest. Now that same Party is in quest of an abortifacient, willing to suspend or overrule the Constitution, in order to find a way to expel the children of migrants, born here, educated here, our friends, classmates, and neighbors.

This Party, with all the power, is forever the victim. And the victims are always somehow positioned as the ones with all the power. This is where we are. It is also where we have been for a long time. This is not the first time the question of birthright citizenship has been raised, nor will Lindsey Graham be the first Republican to propose a bill nullifying birthright citizenship.

There are other precedents, too. The 1985 book Citizenship Without Consent widely touted at the 1996 Republican Convention, questioned whether birthright citizenship was really constitutionally required. The book had a troubling habit of focusing on anchor babies and the hospital bills supposedly generated by migrant mothers’ uses of US maternity wards. But, notably, the missing consent that bothered the authors was not just that of the sovereign state of the US, penetrated by “illegals.” The authors also worried about a lack of consent to citizenship for those born into American democracy. They imagined that all US-born citizens, upon reaching adulthood, would take a formal oath to take on citizens’ responsibilities not unlike the oaths taken by naturalizing immigrants at citizenship ceremonies. That is to say, Citizenship Without Consent had a kind of immigrant-envy at its core, a desire to take for the US-born what immigrants to the US have: a rite of conscious entry into democratic citizenship.

Nothing came of this proposal. Swearing in to citizenship is not something available today for native-born American citizens. The closest thing we have to that is voting. Next week, the US has an important election. It is time to stop, think, and reflect on who we want to be. Voting will not be enough to stop the race-baiting, division, demonization, violence, and disenfranchisements now in the headlines every day. But it is what we have and it can be powerful, as powerful as a wave. Tuesday, November 6th is right around the corner. Vote. 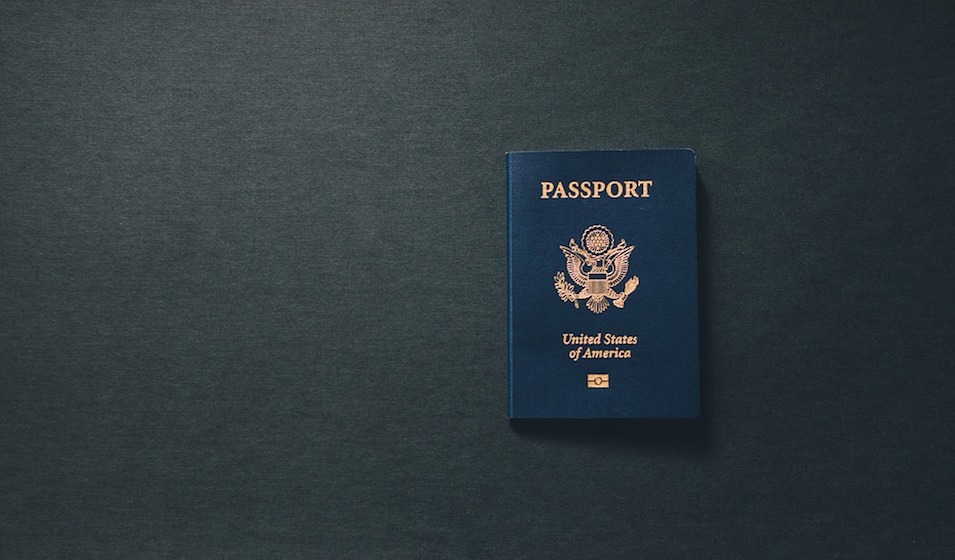