Where could one ever hope to get by asking anybody anything? Where might asking take us that answering never can? For two years my writing only has asked questions. For this column’s second anniversary, I have posed 60 questions specifically to Plato. Here are the first 20.

When accused, upon pains of death, of having prompted (having posed, at least) an impious act or belief or question, when coaxed now to perform some virtuous pursuit (all without appearing presumptuous before these same gods), should one just raise more questions?

Without doubting the (at least charismatic) defense, why else might caring for one’s own soul prompt posing, persuading others to care for their souls, coaxing forth less “wealth, reputation…honors” than exemplary self-practice, yet with each discrete audience (distinct, presumably, unto death) then proceeding to raise related questions?

Then if we consider laws of the presumably (though not, at least in this curious case) properly ordered state brothers to laws of the underworld, could petitions (likewise) carry sister propositions, promptings, coaxings below, above, beyond — elsewhere, or conversely, if we posit the mortal, congenital fallibility of most collective enterprises, where had one hoped to arrive posing questions?

Where Phaedo recalls “I had…unaccustomed mixture of pleasure and pain (at the same time) as I reflected…he was just about to die”: haven’t you felt prompted or at least coaxed that way right before posing (presumably to someone) a question?

Though at least, in Greek, if one really can derive wisdom [‘phronēsis’] from understanding of motion [phoras noēsis] and flow (perhaps from taking delight in motion), if one presumes that judgment [gnōmē] follows from studying whatever has been prompted, begotten [gonēs nōmēsis], if understanding [noēsis] emerges as longing for the new [neou hesis], the yet not dead, wouldn’t we coax forth our most knowledgeable selves (precisely) while posing questions?

While the philosopher for now takes time, talking in peace and quiet, performing, publicly, at least, some awful clumsiness (“tumbling into wells…every sort of difficulty through…lack of experience”), can’t one presume that said philosopher not only poses, not only prompts, but also embodies, coaxes forth (so already possessing) the perilous fate of any question?

Have you ever had the poise (the prompt, coax) at least when queried “What, or what kind of thing, especially makes you consider asking that question?” to respond by posing, presumably with one’s face (one’s gaze, one’s future death) wide open: “Tell us this…. When you want to explain something to somebody, do you usually prefer to explain it by yourself in a long speech, or to do it with questions?”

By now we should note, in this fantasy prompt of a god once having tended human beings (so that they needed neither political constitutions nor, more conspicuously, wives and children: “for all of them came back to life from the earth, remembering nothing of the past”), myriad at least problematic presumptions — but even as we broach or coax can we pose the possibility, amid that backward or backwoods or bathhouse trajectory (“white hairs of…older men became black…cheeks of those who had their beards became smooth again, returning each to…past bloom…those in their puberty…becoming smoother and smaller each day and night…until they…disappeared altogether”), of tracing truncated lifespans deep within even the quite recent question?

Or even if that didn’t come across clearly, if one presumes each thing “that is in time and partakes of time be the same age as itself and, at the same time, come to be both older and younger than itself,” doesn’t it follow that all things (all beings at least) forever pose themselves (upon permanent prompt of death) their most coaxing questions?

When living creatures’ harmony gets disrupted, presume “disintegration of their nature and…rise of pain,” but when the reverse happens, with creatures’ harmony regained, nature restored, then “we have to say…pleasure arises”: so that inquiry at least, like comedy in some classical sense (like love, fear) can coax mixed pleasure, pain; so drama, eros, interrogation never could claim, say, math’s purity; so should one just laugh when prompted Protarchus poses his frustrated (“What keeps you from answering your questions yourself, Socrates?”) question?

When approached from behind, prompted to tell a story, or when one’s two-faced, eight-limbed person gets sliced (“the way people cut sorb-apples before they dry them…cut eggs with hairs”) separate, or when Love strides past, “far from being delicate…beautiful…as ordinary people think…tough and shriveled and shoeless and homeless, always lying on…dirt without a bed, sleeping at people’s doorsteps and in roadsides under the sky, having his mother’s nature…. neither immortal nor mortal…anything he finds his way to always slips away, and for this reason Love is never completely without resources, nor is he ever rich,” or when coaxed at least by wisest women to grow to love not as being loved but as being the lover, or with study presumably existing since such knowledge forever will pass us by, finishing out our lives together still unable to say what we want from each other, why won’t you, my love, speak, pose (not “raise” per se) more questions?

Say this cosmic “proof” poses the “lover of wisdom or…cultivated in the arts and prone to erotic love” as more clear-sighted than any “lawful king or warlike commander”; provides greatest spiritual distinction to one “who practices philosophy without guile or who loves boys philosophically,” so that as “heat warms him and melts…places…long ago closed off with hard scabs to keep…sprouts from coming back…as nourishment flows…the feather shafts swell and rush to grow from…roots beneath every part of the soul…long ago, you see, the entire soul had wings”; so that the boy now rises amazed by love “as he realizes…friendship…from…other friends and relatives put together is nothing compared to that of this friend…inspired by a god”; so while you (any you) can presume or pursue at least or become that beautiful boy, won’t you also begin to wonder: since writing, from the start (from Theuth’s beneficent invention) coaxes at best reminding not remembering, provides appearance rather than possession of wisdom, prompts hearing instead of learning from even the most apropos instruction, what could any mere mortal write within my soul besides his question?

So what prompts one to gaze at an eye, at its most ennobled part (coaxed reflective depths at least), of good (presumably), of wisdom, its own divinity / divination, other than death or to pose a question?

How otherwise coax oneself to appropriate praying (prompt oneself at least towards never needing to pray away former prayers), presume that lack of knowledge on these best topics precludes benefit from less pressing skills, and outstrip the Spartan pose, its Laconic death, by asking for even less (really just asking questions)?

Or amid such stepping into some grammar school, spotting “extremely attractive” young men from “good” families argue, draw circles, hold “hands at angles to depict certain astronomical inclinations” — then coaxing, nudging one boy’s attentive lover, this whole time knowing the philosopher needs to learn in moderation, to which body (I mean boy), wrestler or liberal-studies student, will your death (or I presume at least your daemon) prompt you never to pose which question?

And to presume, to allow, that one wanting to gain political wisdom can’t but go to the politicians — does the coax this curious disclaimer (“I know none of these magnificent and splendid subjects…. I wish I did…. I am always saying… I know virtually nothing…except a certain small subject…love”) contains prompt us (that and elective execution) towards posing tiniest, intimate, at least quiet questions?

Scientific, technocratic culture — medicine and piloting, but also weaving, cobbling — will fail us, you posit, if we still can’t differentiate good from evil, and already you have interrupted one lengthy disquisition “talking to me as though I professed to know…answers,” have called such quick retorts “investigating in your company,” with future members of the Thirty Tyrants having caught (presumed contagion) your perceived (perhaps posed) affections, troubles, difficulties, with the worse among them prompted to feel shame, cloak, coaxed at least towards public deception, but then you keep: pressing, confessing further confusions, compelled, doesn’t it seem, to outpace death with questions?

Then with you suggesting that we “my friends…just between ourselves” should meet early next morning (“God willing”) to track down the best possible teacher, should spare no monetary sacrifice to ensure we don’t remain as we are, should consider our souls, in Homeric terms, “‘needy,’” desperate, discarding any residual modest pose, why coax one towards, then never clarify, this life-or-death concern with whom (students and / or instructor, Socrates and / or distinguished generals and their sons) will prompt, will get to start at least, tomorrow’s questions?

So here starting again from the Academy (prompted to stroll along one wall right past the new wrestling school), presuming all of those astray outside good-looking, discussing, suffering crushes, blushing, with the most well-bred still guarded by slaves, with you instructing “This is how you should talk…Hippothales, cutting them down to size…putting them in their place,” though then with coaxing, cagey claim always most to have wanted (never to have possessed) a friend, did you consider it sexy, throughout this pedagogical pose, to leave that mortal, at least muddled term “friend” the question? 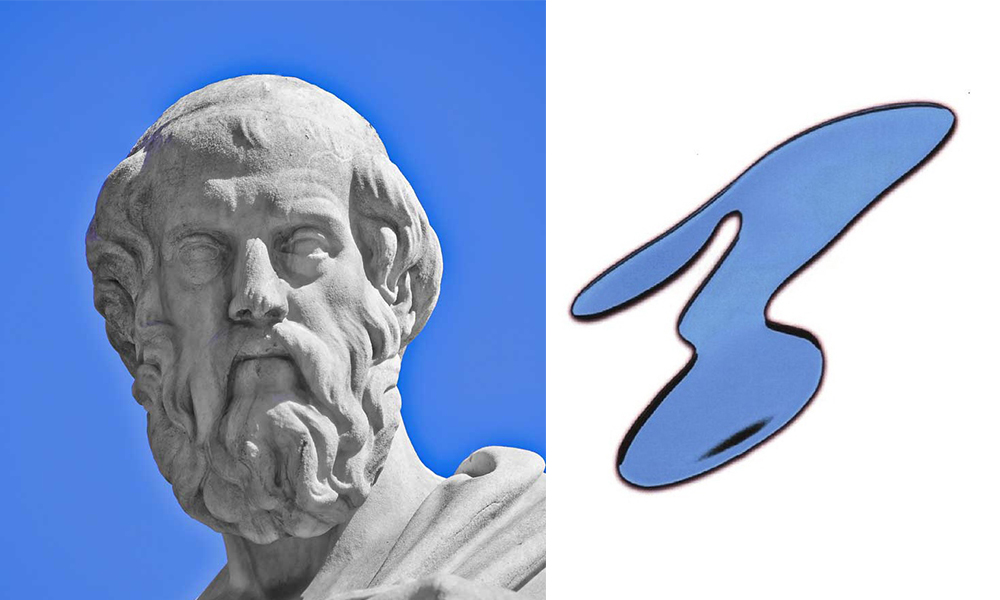