I LOVE JANE’S take on the sitcom-as-Manchild and her point that the contemporary sitcom’s reliance on the manchild lets it get away with some pretty lazy comedic work. It’s all true: I love Schmidt but there’s a limit, and I’m glad he’s hitting some actual consequences this season. Still, I think there are some signs of growth in our Tuesday night lineup: Jess’s Nick is reveling in happiness and his untroubled (and distinctly un-Manchildish) liking of Jess. It’s weird and a little mawkish but it’s a kind of progress the show is really interested in highlighting, since there are several scenes whose sole function is to show them adorabling at each other. Nick may be impractical in a way that calls to mind the Manchild, but his crazy scheme to live in Mexico is the opposite of its Manchild-driven cousin — the kind Mindy’s Casey (and last season’s Nick) would come up with. It isn’t driven by that particular strain of ego, the kind that wants to be adventurous (or a DJ) or wallow in cereal damage and flit. Nick’s lunacy is driven not by the nomadic desire to Peter Pan but rather by fear that he and Jess will break up in the world he’s made a habit of Peter Panning in. That may be immature, but it’s a more adult form of immaturity.

Mindy’s boyfriend Casey, in contrast, has been walking the tightrope between Manic Pixie Dream Boy and Manchild in The Mindy Project until he fully morphed this season into sandwich-DJ-boy. I like what he’s done for Mindy — stretching the limits of her self-image till she realized she didn’t like them hyperextended — and I like that he was charming to the bitter end. It’s a better show for refusing to escort its exes offstage, a la Seinfeld, never to be seen again.

In fact, The Mindy Project is plagued with old exes. It’s a funny strength of the show: it rarely condescends to or cheapens the stories of ex-partners, and it dedicates some serious screentime to the largely unexplored problem of having exes who are not terrible people or (for the most part) sources of drama, but whose existence remains a problem. Both New Girl and The Mindy Project are kind; they take a generous view of the ex. They spend time on heartbreak and the painful duty afterwards to think about the other party’s third dimension and wish them well. I have to say, given how much energy the show has spent on this question — even Bill Hader’s Tom McDougall is back! — writing Mindy and Jeremy Reed as ex-lovers seems like a mistake. They’re not awkward enough.

Still, I think Kaling’s show is evolving past the Manchild too: Casey’s gone. Morgan, for all his flaws, is an adult with a remarkable emotional attention span. And Jeremy Reed, who threatened to become Mindy’s Daniel Cleaver, matured so suddenly and completely that he takes charge of the whole practice when everyone takes off in “Music Festival.” (He’s gained weight. This is an amazingly literal show — “Yeah, I’m okay. I mean, I’m shrunken into, like a miniature version of myself,” Casey says when he talks to Mindy from the photobooth picture, and maybe gaining weight means gaining substance.)”

This brings me to Brooklyn Nine-nine. I’m not charmed by Andy Samberg’s Peralta. I have to admit I don’t think the show has been very entertaining. (Yet, anyway.) A lot of it seems conventional and silly and expected. (There are exceptions — Fred Armisen’s cameo was gold, and there have been several jokes that really surprised me — so I’m holding out hope.)

I recognize, too, that part of my sense of having seen this before comes from its flavor. Brooklyn Nine-Nine has that overlit fake-workplace mood that characterizes some shows from the late 80s and early 90s. I’m thinking of Night Court and Wings, though not (for example) Cheers. I think its closest analogue might be Thin Blue Line, a Rowan Atkinson vehicle from the mid-nineties, about a police station, of which I’m stupid-fond. But the difference is interesting: Thin Blue Line is built around a main character only a few years older than Samberg/Peralta whose problem isn’t Manchildhood but premature middle age. And it’s kind of wonderful that his “antagonist” — a middle-aged detective who keeps trying to be a cowboy — is closer to the Samberg persona. The show dwells on the virtues and problems of policework as paperwork. Another way of putting it, I guess, is that Peralta’s problem (see “The Slump”) is often one of inspiration, which runs the risk of taking his work too seriously. (At these points, Jane, your McNulty comparison is totally apt.) The show operates on the fiction of a meritocracy: he’s brilliant! The captain hasn’t “earned” his place on the wall! Gina’s claim that the police are “the worst” doesn’t quite fit with the show’s worldview. What makes Thin Blue Line the better show, to my mind, is its portrayal of policework as pedantry and minutiae, repetition and reports, all powered by (in the detective’s case) the glorious myth of case-cracking and (in Atkinson’s) the fulfillment that comes from service to the Queen. That’s an interesting tension. If Thin Blue Line opens with Atkinson pompously instructing us on the work of the police and then undoing the lecture, Brooklyn Nine Nine operates like a sketch comedy that just happens to be set in a police station. But police stations aren’t blank spaces, especially now, and a precinct doesn’t work for me as the neutral ground for light comedy.

What these shows share, I think, is an impulse to grab, a little wildly, at innocence. They’re trying to restore the sitcom to its former place as straightforward, not winking. They resist going meta. They slip, of course, but the nannycam moment Jane mentions, the one that confirms Peralta as Manchild, is working so hard to be believable that its meta goes flat. We are in an electronics store and this is a television show! is the substance of its comment. (Not that we are constantly surveilled, not that a militarized police can abuse that surveillance, and not that the women are watching the man do the cool stuff onscreen, but rather that surveillance helps the police get their man. Look! They got him! He got him! And now we got them getting him!) They’re going for laughs and heart, not irony or a mock-doc frame that lets us pretend our way out of sentiment or sincerity.

I’m all for that nostalgic experiment. (Though, as I’ve said, I’m skeptical of its success across the board.) Here are my deeply subjective impressions: I think Mindy’s trying to bring the rom-com to television in an earnest way, and it’s working. I think New Girl is going for the warmth of Friends 2.0 and succeeding, especially now that it stopped fighting Jess and Nick together, though it feels like a plastic world to me in a way The Mindy Project doesn’t. I think Brooklyn Nine-Nine is trying to offer a workplace comedy unencumbered by the politics and ethics of Parks and Recreation, the cameras of The Office and the darkness of Cheers. I’m unconvinced by it, but what’s compelling about all three — and this is the reason I’ll keep watching — is that they’re going for the thing itself rather than commenting on the thing. I think we’re all a little bruised by meta-commentary, so I’m all for a night of TV that plays with returning to story as story, laugh as laugh. 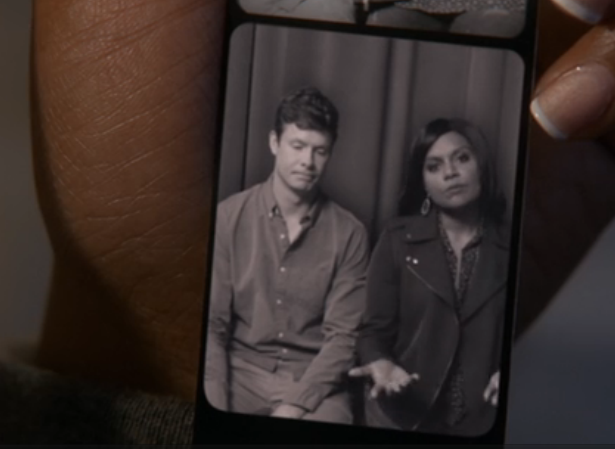