Abby Goodman didn’t plan on getting pregnant again. A forty-something history professor at a small southern college, and a married mother of two kids away at college up north, Abby was arrested and charged with murder shortly after undergoing a first trimester abortion, the first woman prosecuted and subject to the death penalty under her state’s draconian new abortion laws. Activists pro and con from all over the country jammed the courtroom and staged competing protests and candle-lit vigils on the courthouse steps. The trial was an international media sensation — a modern-day Scopes trial.

If this story isn’t ringing a bell, it’s because Abby’s a fictional character, the heroine of an out-of-print 1993 novel by Howard Fast. Fast was a prolific, best-selling novelist whose books like Spartacus, the basis of the movie, were unambiguous in their championing of progressive causes. Set in an unspecified southern state in the not-too-distant future, The Trial of Abigail Goodman is a crackling legal and political thriller, Inherit the Wind meets It Can’t Happen Here crossed with The Handmaid’s Tale.

Fast began the novel in the early 1990s when it looked like a new GOP Supreme Court majority was about to overturn Roe v. Wade. But in 1992, in Planned Parenthood v. Casey, Justice Anthony Kennedy wrote a plurality opinion joined by two other GOP appointees, Sandra Day O’Connor and David Souter, upholding the core of Roe, though allowing states to enact restrictions on first trimester abortions that didn’t impose “undue burdens” on women.

Now, twenty years later, with Brett Kavanaugh sitting in Kennedy’s seat, a new GOP majority is poised to deliver the coup de grace to Roe. And states like the one that prosecuted Abby Goodman are rushing to give it the opportunity.

Last week Georgia passed a “fetal heartbeat” law effectively outlawing abortion after six weeks, before most women know they’re pregnant. This week Alabama’s legislature overwhelmingly passed a bill banning almost all abortions in the state, with no exceptions for rape and incest. Unlike Georgia’s law, which subjects women who self-terminate to the death penalty, and punishes those who help women obtain abortions by, say, driving them to and from clinics, Alabama’s law targets doctors, who would face up to 99 years in prison for performing abortions.

THE NEW YORK TIMES These new laws reflect what Michelle Goldberg describes as the anti-abortion movement’s new “mood of triumphant anticipation.” She writes: “An end to Roe isn’t guaranteed — some court watchers expect Chief Justice John Roberts to allow it to be whittled away rather than overturned.” But Goldberg issues a warning: “It’s important to understand that we’re not necessarily facing a return to the past. The new wave of anti-abortion laws suggests that a post-Roe America won’t look like the country did before 1973, when the court case was decided. It will probably be worse.” Before Roe, women were rarely if ever prosecuted for getting abortions. Doctors were sometimes prosecuted for performing them, though typically only when women died as a result of the procedure.

Meanwhile, Goldberg writes, “today, in states that have legislated fetal personhood, women are already arrested on suspicion of harming or endangering their fetuses, including by using drugs, attempting suicide or, in a case in Utah, delaying a cesarean section. There’s no reason to believe that, in states where abortion is considered homicide, prosecutors will be less punitive when investigating it.”

THINK PROGRESS Then again, if you think the Supreme Court won’t kill Roe ASAP, even in an election year, Ian Millhiser writes, you’re fooling yourself: “Not only is a decision gutting Roe becoming increasingly certain, but signs also point to the possibility that it will come down in June 2020 — just in time for the next presidential election.” Even though many Republicans on and off the Court would rather punt the issue until after the election, “anti-abortion state lawmakers and lower court judges are forcing their hand.” A case challenging a different Louisiana abortion law may give the Court the opportunity to kill Roe in one of three ways: by explicitly overruling it; by gutting it; or by letting stand a defiant lower court ruling which ignored Roe and other clear precedents which should have led the court to strike it down.

MOTHER JONES Ari Berman looks at how attacks on democracy via extreme gerrymandering and voter suppression have turned into attacks on reproductive freedom: “Republicans barely surpassed 50 percent of the vote in Ohio’s state legislative elections in 2018, but they won control of 63 percent of the seats in the Ohio House of Representatives. Republicans won 57 percent of the statewide vote for the Missouri House of Representatives, but they control 71 percent of the seats in the chamber — giving them 13 more seats than they would have under a neutral map. Forty-five percent of Missourians support abortion rights in all or most cases, compared to 50 percent who oppose them in all or most cases, according to a 2014 Pew study. But that state’s bill — which outlaws abortion after eight weeks, even in cases of rape — sailed through the Senate with the backing of more than 70 percent of its lawmakers, all of them Republicans.” THE LOS ANGELES TIMES In Georgia then-Secretary of State Brian Kemp, now the state’s governor, purged 1.4 million voters, put 53,000 registrations on hold, and closed 214 polling places, disproportionately in black neighborhoods. In an interview, Stacey Abrams, who would be Georgia’s governor but for Kemp’s voter suppression, says she doesn’t believe a boycott is the most effective, strategic choice for change following passage of the fetal heartbeat bill. As a black southerner, she writes, she knows “boycotts have been instrumental in securing the rights that I hold dear.” But she believes, for instance, that the TV and film industry’s deep connections to Georgia put it “in a unique position to fight back — not only against the legislation here but the legislation around the country — and to fund the defeat of these politicians and their horrible behavior by using the resources available through the entertainment industry.”

NEW YORK MAGAZINE Meanwhile, Elizabeth Warren has a plan to save abortion rights. Of course she does. She’s lapping the field in fearlessly proposing innovative policies on the hottest-button issues. Sarah Jones reports that Warren’s plan to preserve abortion rights calls for repeal of the Hyde Amendment, which prohibits federal health care programs like Medicaid from funding abortion. Warren, along with Kirsten Gillibrand, has also called for Roe to be codified in federal law. Warren specifically proposes that  Congress create “federal, statutory rights” to abortion that would prevent states from interfering with either a doctor’s provision of abortion care or a patient’s ability to access that care. Warren further proposes passage of the Women’s Health Protection Act, which has already been introduced in Congress and would overturn state-level obstacles to abortion, like Alabama’s law forcing women to undergo medically unnecessary ultrasounds before they can receive abortions.

POLLS POLLS POLLS Joe Biden’s dominance of the Democratic presidential field continues, according to a new Fox News poll released Friday. (Fox News polls are legit. They’re not unfair and unbalanced like the network itself.) Biden’s double-digit lead can no longer be written off as a post-announcement bounce or function of universal name recognition, which Bernie shares. It’s fueled by a Democratic electorate older, less white, less educated, and more moderate than many think. More specifically it’s the results of voter perceptions of his electability, Bernie and Warren splitting the left vote, and Harris and Booker’s inability to make inroads on Biden’s support among African-Americans, especially in the South. If current trends continue (Warren trending up, Bernie trending down), it’s easy to see the nomination coming down to a battle between Biden on the center-left, and Warren on the progressive left–and a stubborn Bernie’s refusal to exit a race he can’t win handing the nomination to Biden. Trump’s polling performance in head-to-heads, like his overall approval numbers, are unusually bad given the absence so far of major economic shocks at home or military debacles abroad, and with no major American cities as yet underwater. Especially notable here is Trump’s inability to get above 41 percent of the vote against … anyone. He squeaked by in 2016 with 46 percent of the vote and needs to do at least as well to win next year. Meanwhile, Fox, like other polling outfits, is finding voter interest in the 2020 election is already sky-high. It’s at 2016 election day levels. This is unprecedented this far out from the election, and leads forecasters to predict turnout a year from November will be the highest in a century. USA TODAY More on Elizabeth Warren, who’s starting to get poll bumps and media coverage commensurate with the focus and vigor of her campaign. Jason Sattler, who runs the very smart and funny @LOLGOP twitter account, writes that Biden’s “middle-of-the-road malarkey” is not the answer in 2020. He compares Warren to Obama in 2008 in reflecting America’s mood and moment. He applauds her refusal to appear in a Fox News town hall or do anything that, in her words, “adds money to the hate-for-profit machine.” Sattler: “Again and again, Warren has risen to the greatest assault on democracy by a somewhat democratically elected president and a party of oleaginous enablers by not only clearly describing the crisis we face, but also laying out a path through it. There has been no candidate for president in my lifetime who has better matched her country’s needs.”

MORNING CONSULT/POLITICO Trump’s Business Image Loses Luster Among Voters in Wake of Reported Losses. Morning Consult found that the share of voters who described Trump as a successful businessman dropped 11 points — from 54 percent to 43 percent — after being told about his reported losses of $1.17 billion between 1985 and 1994, or nearly $2 billion adjusted for inflation. It found Democrats 13 points less likely to view his as a successful businessman, from 30 percent to 17 percent, while Republicans registered an 11-point drop from 85 percent to 74 percent.

VOX Trump could be turning Asian-Americans into reliable Democratic voters. But Democrats need to put in the work to lock them down. In the 2014 midterms, 49 percent of Asian-American voters backed Democratic House candidates. That number rocketed to 77 percent in 2018. This is a trend that’s been building as Republicans have increasingly demonized immigrants. And it deepens a trend in which Asian-Americans join Jewish-Americans as the only demographic group to remain reliable Democratic voters even as they climb the socio-economic ladder. Kamala Harris, whose mother was Indian, is the first major Asian-American presidential candidate, and could help solidify Asian-Americans as a cornerstone of the Democratic Party for at least a generation. But they’re not a monolithic voting bloc. A 2018 study found 48 percent of Filipino- and Vietnamese-Americans had a positive image of the GOP, compared to only 14 percent of Japanese- Americans.

NEW YORK MAGAZINE A Beto Reboot Is in the Works, As His Campaign Sags. Beto O’Rourke is planning what one adviser calls a “reintroduction” of his candidacy after seeing his poll numbers plummet in recent weeks. O’Rourke’s transition to the national stage has fizzled following his charismatic Senate campaign against Ted Cruz in Texas. He made a conscious decision to avoid big events and stay off national TV, and instead focus on intimate gatherings in living rooms and diners and barbershops in Iowa and elsewhere. That was a bad call. He registered a seven-point drop in a South Carolina poll last week compared to the prior month, tied with Andrew Yang at just 2 percent. Yikes. Overall, Beto is doing terribly according to nearly every metric, including national polls, Google searches, and media mentions. 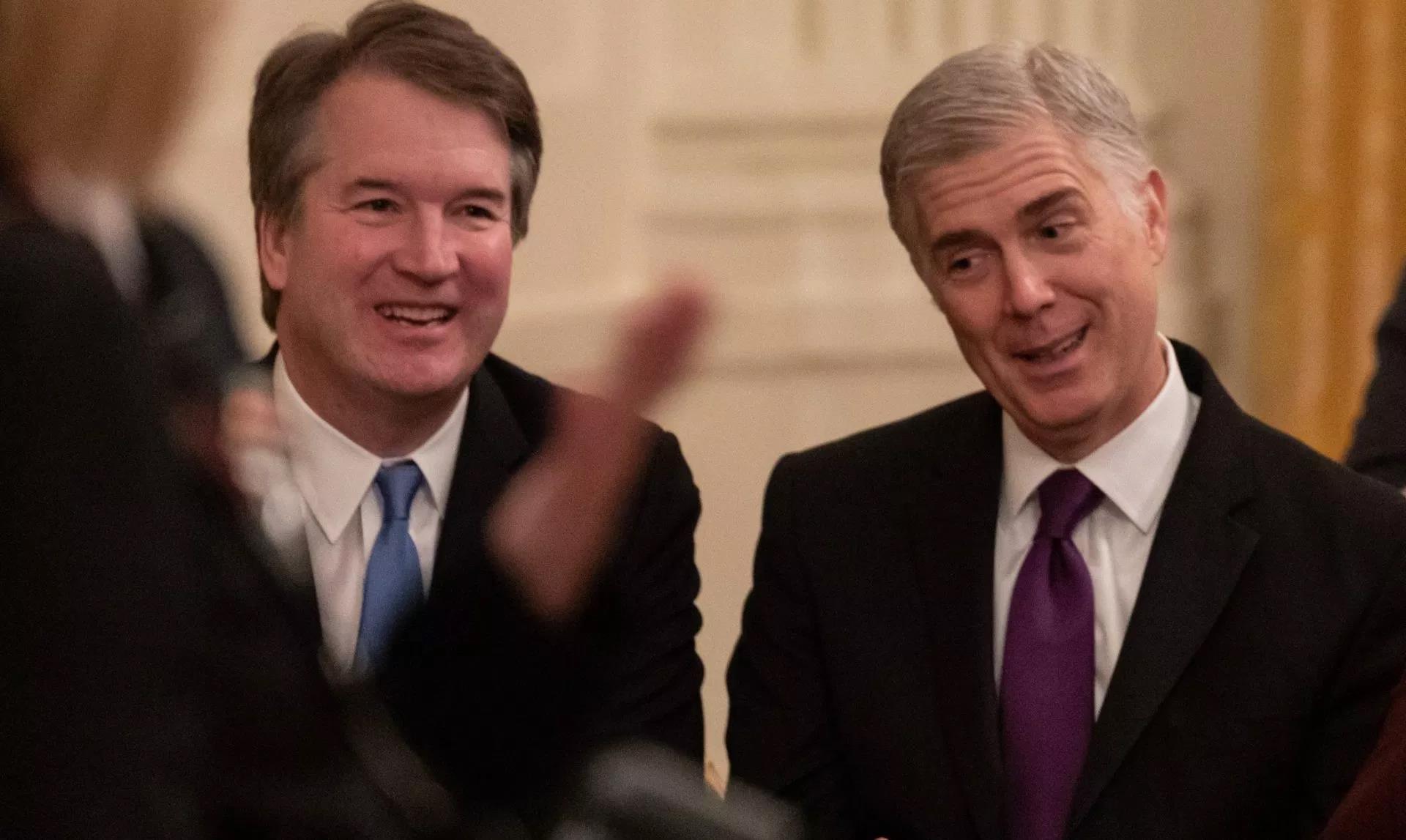