No doubt the world would look very different today if the Mueller Report had been introduced to the public through something like the ten-minute press conference Robert Mueller held last week. (Or by an Attorney General summarizing it in good faith.)

But the fact that the former long-time FBI Director had to end his Garbo act and speak in public six weeks after his report’s release undermines his contention last Wednesday that the 448-page document speaks for itself. It doesn’t.

And wouldn’t even if it wasn’t a long, often dense, sometimes technical legal document whose principal conclusions are written in an indirect, equivocal style more like a Zen koan than a prosecutor’s clear statement of facts and conclusions.

We live in a world where people don’t read the book, they see the movie. And if it doesn’t happen on TV, it didn’t happen. There’s no substitute for the public hearing directly and at length in clear unequivocal language from the man who oversaw the leak-free 22-month investigation, and for him to answer questions from both the press and Congress. That House GOPers would likely turn such a hearing into a circus can’t be a reason for him not to. If anything, it underscores the importance of him doing so.

Meanwhile, Trump and his apologists have filled the space left by Mueller’s silence with lies (that Mueller found no evidence of collusion or obstruction) and with paradoxes that likely will be lost on their intended MAGA World audience (that Mueller’s investigation both completely exonerated Trump and was an attempted Deep State coup).

In his written report and press conference Mueller had this to say about about the evidence that Trump obstructed justice — “If we had had confidence that the president clearly did not commit a crime, we would have said so.”

Here’s what he could and should have said: “In at least four instances Trump’s actions met all three criteria prosecutors across the country use every day to determine whether an individual has obstructed justice and should be indicted for a crime. He also committed campaign finance violations when shortly before Election Day he instructed his personal attorney to pay for the silence of a woman with whom he’d had a sexual relationship.”

Here’s what Mueller had to say in his written report and press conference about the appropriate response to Trump’s crimes in light of the Justice Department’s policy against indicting a sitting president: “The Constitution requires a process other than the criminal-justice system to formally accuse a sitting president of wrongdoing.”

Here’s what he could and should have said: “Because Justice Department policy doesn’t allow sitting presidents to be indicted for possibly criminal behavior, the evidence my team collected in the course of our investigation should be referred to the House of Representatives, which has the responsibility under the Constitution to assess evidence of presidential ‘high crimes and misdemeanors.’”

Mueller never said anything so clear or direct. And I don’t expect he will even if he’s subpoenaed to appear before Congress. His mandarin rectitude and stoicism in the face of Trump’s crimes and assaults on truth and the rule of law put him at risk of going down in history as a man who respected Justice Department processes so much that he straitjacketed himself as the country he loved fell into corrupt authoritarian kleptocracy.

PEW RESEARCH CENTER Voter turnout in the midterms reached a modern high in 2018, with Gen Z, Millennials, and Gen X outvoting Baby Boomers and older generations, according to an analysis of newly available Census Bureau data. The younger generations also outvoted their parents and grandparents in 2016. What’s striking is that they did so in an off-year election, when older voters typically turn out in much greater numbers than younger voters. The largest increase was among Millennials, whose turnout nearly doubled between 2014 and 2018 — from 22% to 42%. And more than half of Gen Xers reported turning out to vote, the first time that’s happened in a midterm. Meanwhile, THE WASHINGTON POST reports Millennials are doing far worse financially than prior generations, with stagnant incomes, student loans, rising rents, and higher health care costs pushing their average net worth below $8,000. The net worth of Americans aged 18 to 35 has dropped 34% since 1996.

NBC NEWS States pushing abortion bans have higher infant mortality rates. Georgia, Ohio, Missouri, Louisiana, Alabama, and Mississippi have in recent weeks passed some of the most restrictive abortion laws in the nation. But they also have something else in common: among the highest infant mortality rates in the country. Four of those states declined to expand Medicaid under the Affordable Care Act, leaving a large number of pregnant women without health care. And if the mother isn’t healthy, it’s unlikely the baby will be healthy.

Meanwhile, the LEWISTON (MAINE) SUN-JOURNAL reports that Republican Sen. Susan Collins’ approval numbers are in free fall in Maine since her vote last fall to confirm beer-loving Supreme Court nominee Brett Kavanaugh. A new poll finds her home-state support dropping from 58% last spring to 51% in the fall to 41% now. Expect them to plummet if Kavanaugh joins a Supreme Court majority to overturn Roe v. Wade next spring despite Collins’ confident reassurances regarding his respect for precedent. The poll also found only 34% of Maine voters approve of Trump, down from 41% last fall. ROLLING STONE The Right’s Latest Tactic on Gun Laws? Just Don’t Enforce Them. Counties across the country are sticking it to “big city elites” by declaring themselves “Second Amendment sanctuaries”. In early 2018, while survivors of the Parkland school shooting in Florida were leading a renewed push for gun safety legislation across the country, a counter-movement was brewing. It began in Illinois’ rural Effingham County, a few hours south of Chicago, which protested new firearms restrictions being considered by state lawmakers by declaring itself a “Second Amendment Sanctuary” and threatening not to enforce new gun safety laws it viewed as a violation of Americans’ gun rights.

More than half of the counties in Illinois have since declared themselves gun sanctuaries, and jurisdictions in at least 12 other states, from North Carolina to Oregon, have enacted or are considering such declarations. The movement has especially spread in Oregon, where far-right militia groups like the Oath Keepers have taken up the charge, and in New Mexico, where a majority of its 33 counties have adopted such resolutions. No surprise, the idea has the fingerprints of the NRA on it. The gun lobby “actively recruited” sheriffs in New Mexico to lobby for the adoption of these sanctuary laws in their counties.

NEW YORK MAGAZINE Advocates of the Trump tax cuts insisted they would pay for themselves by incentivizing corporations to repatriate funds held overseas, invest them at home, thus spurring increases in growth and wages. A new study by the Congressional Research Service found that none of this has happened. Growth and wage haven’t increased, and new revenue has made up for about 5% of the cost of the tax cuts.

Meanwhile, PRO PUBLICA reports that the IRS is severely understaffed after years of deep budget cuts, and millionaires in 2018 were about 80% less likely to be audited than they were in 2011. But Americans who receive the earned income tax credit, one of the country’s largest anti-poverty programs, are audited at a higher rate than all but the richest taxpayers. Last year, the top 1% of taxpayers by income were audited at a rate of 1.56%. EITC recipients, who typically have annual incomes under $20,000, were audited at a rate of 1.41%.

PACIFIC STANDARD A new study confirms (again) that race, not economics, drove former Democrats to Trump. Research on Iowa counties that swung from Obama to Trump indicates that GOP success was driven far more by sexism and racism than by economic anxiety. “Economic distress is not a significant factor in explaining the shift in Iowa voters from Democrat to Republican between 2008 and 2016,” write the Iowa State University professors who conducted the study. “The election outcomes do not signify [a revolt] among working-class voters left behind by globalization.” Rather, “the nativist narrative about ‘taking back America’ and anti-immigrant sentiment became stronger forces than economic issues.”

VOX A new survey of 30,000 black voters finds that black communities feel ignored by Democrats. The Black Census Project survey finds that black Americans’ high political engagement isn’t translating into serious outreach from politicians. That while political candidates certainly spend time talking at black voters, they aren’t putting the same effort into talking to them. Unlike other surveys of black voters, the Black Census Project focuses on black communities that are often left out of mainstream polling, including younger people, immigrants, LGBTQ people, and people who are currently or formerly incarcerated. This gap was exploited by Russian social media campaigns in 2016 that successfully depressed black turnout in Pennsylvania, Michigan, and Wisconsin in numbers greater than Trump’s margin of victory in those decisive states. ATLAS OBSCURA This article has nothing to do with politics, but I loved it: Most of the World’s Bread Clips Are Made by a Single Company. A brief history of the Kwik Lok Closure. Those flat pieces of semi-hard plastic keeping bread bags all over the world closed and safe from spoilage are almost all exclusively produced by a single, family-owned company. Kwik Lok, based in Yakima, Washington, has been manufacturing these little tabs ever since their founder whittled the first one from a credit card. Without giving specific numbers, Kwik Lok says they sell billions each year. Floyd Paxton, Kwik Lok’s founder, came up with the idea for the bread clip during a flight in 1952. He was eating a package of complimentary nuts, and realized he didn’t have a way to close the package to save some for later. So he took out a pen knife and hand-carved the first bread clip out of a credit card. Thus was born the humble, ubiquitous, and wildly lucrative, bread clip.

TWEETS OF THE WEEK: 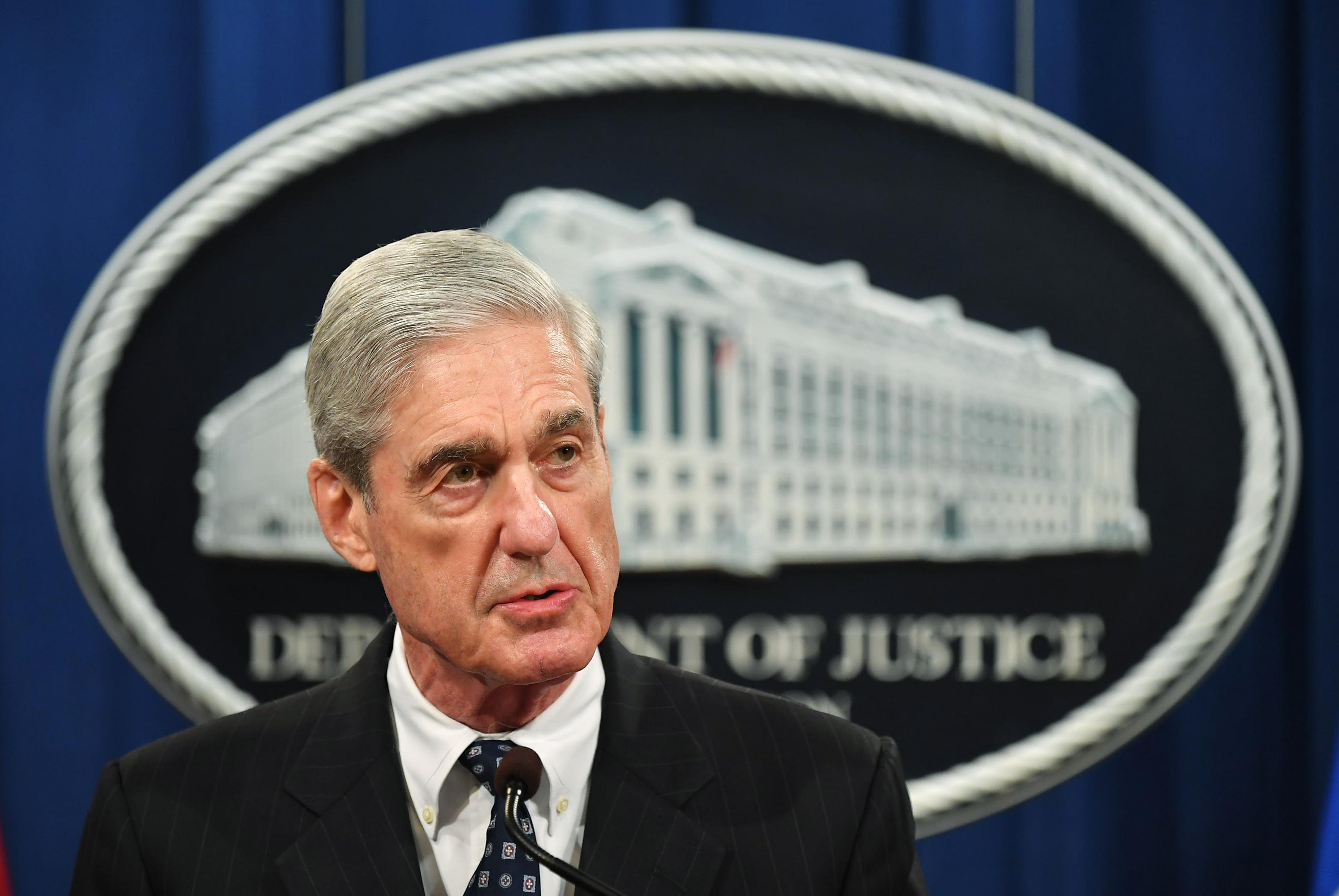