THE WASHINGTON POST Trump ordered the fatal strike on Soleimani. Now what? “When I came here,” Donald Trump bragged in June with respect to Iran, “they were all over the place causing terror, causing problems. They’re not doing that right now.” But as Post columnist (and author of excellent spy thrillers) David Ignatius points out, the Iranians hadn’t been nearly as passive as Trump boasted. It was Trump who’d shown restraint over the past year in response to Iranian provocations like shooting down an American drone, disabling the oil facilities of Jared’s friends in Saudi Arabia, and attacking the US consulate in the Iraqi city of Basra.

It’s a mistake to read any strategic thinking into Trump’s actions. It’s a stretch to say he even thinks tactically beyond id-driven wants and impulsive moves to preserve his fragile ego.

For instance, he didn’t tear up Obama’s nuclear deal with Iran pursuant to any plan, or because he wants a hot war with Iran. He did it because a) it was Obama’s deal, and b) he took for granted that he — The Artist of the Deal — could negotiate a better one. Q.E.D.

But, as Ignatius observes, Trump’s “policy”, such as it is, failed even to get Teheran back to the negotiating table, let alone getting them to yes on a perfect, beautiful new deal.

Which certainly isn’t going to happen now. So why did he authorize a dramatic escalation in the face-off with Iran that inaugurates a new era in which countries will feel authorized to use armed drones to kill top officials of other countries?

The New York Times reported this weekend that Trump was presented with a menu of retaliatory options following the killing of an American contractor by Iran-backed militia in Iraq on December 27, 2019. The targeted killing of Soleimani was the “far-out” option meant to make supposedly more moderate choices more palatable.

Trump initially chose one of the moderate options. It was only after protestors started gathering and chanting outside the US embassy in Baghdad that Trump authorized the assassination of Soleimani.

This tidbit was no doubt leaked by top military brass to let themselves off the hook. But it’s really self-indicting they’d do such a thing three years into Trump’s impulsive, blustery, seat-of-the-pants presidency.

If The Times reporting is correct, Trump was likely terrified of appearing weak — and worse, feeling weak — by a situation he saw inviting comparisons with the dreaded Carter (Iranian hostages) and Obama (Benghazi).

Trump’s decision was more likely impelled by this ego-shattering fear than it was a considered strategic gambit to distract from impeachment.

Either way, as Ignatius puts it, we’ve now entered a world of geo-strategic consequences we can’t begin to predict. These are very good numbers for Biden. It wasn’t long ago he was fourth among the four Democrats clustered at the top of the polls. And Nate Silver’s latest polling averages, which include the above numbers, are even better news for him:

Biden is the only candidate who doesn’t need to win Iowa or New Hampshire. Strong Biden finishes there, followed by victories in the larger, more diverse states of Nevada and South Carolina, will set him up to clinch the nomination on Super Tuesday (March 3, 2020).

But narrow Sanders victories in Iowa and New Hampshire — states that are 91% and 93% white, respectively — will not propel him to the nomination.

If Biden wins either Iowa or New Hampshire outright, it’s over.

If Biden is the nominee it will be because he will have proved to be the only candidate able to put together a multi-racial coalition of Democratic primary voters. A year ago many — myself included — thought Kamala Harris would also be such a candidate. But it didn’t turn out that way.

Ironically, while many complain about a broken system which enables two 90%+ white states to winnow the Democratic field to two white men closer in age to 80 than 75, it’s Biden’s overwhelming support in the states that look more like the overall Democratic electorate that as of today make him the likely Democratic nominee.

And this is all before the events of the past few days, which should take foreign policy — a Biden strength — off the back-burner in the final weeks leading up to the start of voting.

Looking ahead to the fall, Trump is a uniquely weak and vulnerable incumbent. But it will take a massive mobilization of voters to defeat him in November. (Whether he’ll leave the White House voluntarily on January 20, 2021 is a question for another day.)

Money helps, too. And POLITICO reports that Democrats enter 2020 “riding a massive surge of presidential campaign cash, boosting the party’s hopes of taking back the White House.” Party pros expect the eventual nominee will have the cash to compete with the Trump campaign. The current contenders and the DNC combined raised over $480 million in the last year — more than Trump’s campaign machine brought in during that time. The money is pouring in from the progressive and moderate wings of the party, and from big and small donors alike.

On other fronts, Democrats continue to pummel the GOP in voter registration in states like Nevada, where they now have a 5% edge statewide. And for the first time in history the GOP is poised to fall behind Independents/third parties in Clark County (Las Vegas).

Demographic trends driving the purpling of American also continue to work in the Democrats’ favor, especially in Texas and Arizona. Here’s a list of the counties that added the most population between 2010 and 2018:

And here are the counties that lost the most population between 2010 and 2018:

But it will take a massive mobilization of voters to make it so. The Democrats flipped the House and won down-ballot races across the country in 2018 because of presidential-year-level effort by volunteers who canvassed, phone-banked, and registered voters. Winning in 2020 requires an even more intense level of commitment.

THE ATLANTIC Three Theories for Why You Have No Time. Better technology means higher expectations, and higher expectations create more work. In 1900, the average home had no modern tech. By 1960, it had electricity, air conditioning, indoor plumbing, refrigerator, freezers… all of which saved the typical housewife approximately 0 hours. Derek Thompson explores why more and more tech doesn’t necessarily lead to more leisure time at the home, office or factory, and sometimes creates more work. Short answer? 1.) Better tech often leads to higher expectations, which leads in turn to more work. 2.) The extraordinary rise in childcare time, especially among college-educated parents anxious about getting their kids into college. 3.) Tech only frees people from home, office, and factory work if the boss allows it. 4. Time-saving isn’t equally distributed across the sexual division of labor. THE WASHINGTON POST I ignored warnings from friends and family not to marry my husband. Was I making a big mistake? Read this all the way to the end. You don’t know where it’s going, I promise.

THE NEW YORK TIMES Quiz: Can You Identify These Politicians, Athletes and Celebrities? Most Americans Can’t. And enjoy this fun quiz.

A RANDOM THING I LEARNED OVER THE BREAK: Phil Hartman was a graphic designer before he became a famous comic actor, and created the album art for Steely Dan’s “Aja”: 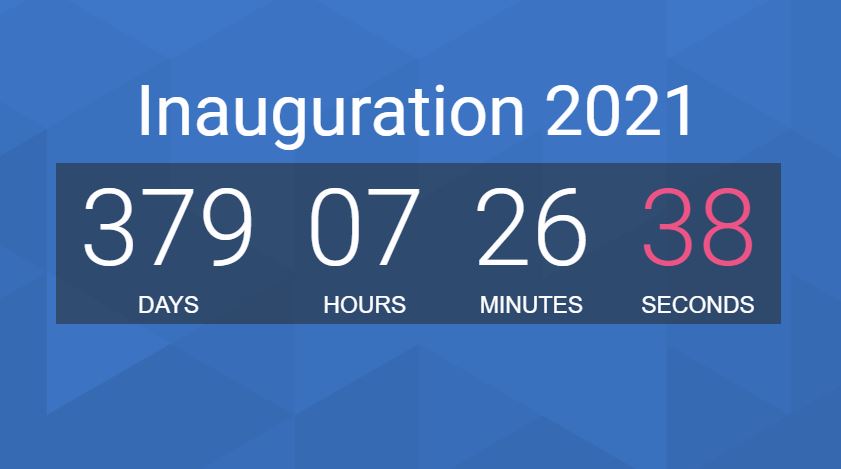