Not quite two weeks after the release of the redacted Mueller Report what’s not in it is starting to loom larger than what is. When Mueller was appointed Special Counsel in May 2017 he inherited the FBI’s counterintelligence investigation into Russia’s attacks on democracy before and after 2016, and Putin’s influence over Trump, his family, his campaign, and his presidency. It had been assumed by law enforcement and national security experts that Mueller was overseeing both a counterintelligence and a criminal probe. But we now know that wasn’t the case.

We now know Mueller saw himself as all Jack McCoy, zero George Smiley. He understood his mission solely to be to investigate and prosecute crimes — not to uncover and assess national security threats, or Putin’s hold over Trump and those in his orbit.

What does that mean and why does it matter?

THE WASHINGTON POST “Counterintelligence investigations differ from criminal investigations in their means, scope, and ultimate disposition,” writes Representative Adam Schiff, a former federal prosecutor. “Their goal is not successful prosecutions, but to identify and mitigate threats to national security. If a foreign power possessed compromising information on a US government official in a position of influence, that is a counterintelligence risk. If a foreign power possessed leverage, or the perception of it, over the president, that is a counterintelligence nightmare.”

This information and what ’s become of it — including what individuals may pose counterintelligence risks to the United States — are not addressed in Mueller’s report.

JUST SECURITY But as Alex Finley, Asha Rangappa, and John Sipher wrote in Just Security back in December 2017, in a piece titled “Collusion Doesn’t Have to be Criminal to be an Ongoing Threat”:

[M]aking this merely about the bright line between illegality (criminality) and legality means that most Americans are missing what is right under our noses. To wit, there is no question that Russia made multiple, unprecedented attempts to penetrate a U.S. presidential campaign, that its approaches were not rebuffed, and that its contacts were sensitive enough that everyone, to a person, has concealed them. These facts might never be adjudicated inside a courtroom — they may not even be illegal — but they present a clear and present national security threat that we cannot ignore.

THE NEW YORK TIMES And in an important op-ed this week in The New York Times (“The Trump Campaign Conspired With the Russians. Mueller Proved It. By the standards of a potential impeachment inquiry, the evidence is clear”) Jed Shugerman, a Fordham law professor and former prosecutor,  makes a crucial point lost in the first attempts to digest Mueller’s report — and deliberately obscured by Attorney General William Barr in the month leading up to its release:

In his first letter after receiving the Mueller report, Attorney General William Barr accurately quoted it as saying that “the investigation did not establish” that the Trump campaign “conspired or coordinated with the Russian government in its election interference activities.”

But the opposite is also true: The Mueller report does establish that, in fact, members of the Trump campaign conspired or coordinated with the Russian government in its election interference activities.

The paradox is resolved when you understand the difference between the heightened standard of proof necessary to prove a crime in court — “beyond a reasonable doubt” — and the standard used to establish threats and risks in counterintelligence investigations: “a preponderance of evidence,” or “more likely than not.”

“Beyond a reasonable doubt” is the standard you use if you’re asking, “Was there a crime?”

“Preponderance of the evidence” is the one you use if you’re asking, “What the hell happened?”

It’s the standard we use in civil cases, in daily life — and in impeachment hearings.

By a “more likely than not” standard, Shugerman writes, Mueller’s report “contains ample evidence to establish conspiracy and coordination with the Russian government, sometimes through intermediaries, other times through a Russian spy.” And if he was unable to uncover proof beyond a reasonable doubt, it’s because Trump and associates’ obstruction —  lying, deleting emails, using encrypted communication apps or apps that make it easy to delete messages — made it impossible.

But if you’re still wondering whether Donald Trump is upholding his oath to preserve, protect, and defend the Constitution of the United States:

THE NEW YORK TIMES Before she was forced to resign, Homeland Security Secretary Kirstjen Nielsen tried to get the White House to prepare for new and different Russian forms of interference in 2020. But Trump’s chief of staff Mick Mulvaney told her not to bring it up with Trump, who sees any discussion of past or present Russian interference in our elections as calling into question the legitimacy of his election win.

THE WASHINGTON POST I’d been planning on writing about how Rod Rosenstein was the most intriguing character in all of this. I felt I understood the motives and agenda of all the other players. Well, no more. Rosenstein’s true colors were revealed in a blockbuster article that broke late Friday. It lays out how a teary-eyed Rosenstein scrambled to keep his job last fall after The Times reported he’d considered wearing a wire into a meeting with Trump after he fired Comey — and the moral and legal compromises he may have made to get Trump to keep him on, up to and including the cover he provided Barr as he released Mueller’s findings in a way even Rosenstein’s friends say was overly favorable to Trump.

THE WASHINGTON POST Hillary Clinton has a unique insight into the question. She worked on the House Judiciary Committee during Watergate, and was/is married to an impeached President. The debate about “how to hold President Trump accountable for obstructing the investigation and possibly breaking the law — has been reduced to a false choice: immediate impeachment or nothing,” she writes in The Post. Instead, she recommends the House “hold substantive hearings that build on the Mueller report and fill in its gaps, not jump straight to an up-or-down vote on impeachment.”

I’m with her. It’s a fool’s game to wait for the GOP to come around on this. Or anything. And it’s true, as Elizabeth Warren and many others argue, that the overwhelming evidence Trump committed impeachable offenses can’t be ignored.

According to a new ABC/Washington Post poll, while only 31 percent of voters believe Trump was exonerated, support for impeachment is at a new low of 37 percent. And 56 percent oppose it. Even among Democrats it only rises to 62 percent, and drops sharply to 36 percent among independents and just 10 percent among Republicans.

So forget about the GOP. There’s much work to do to bring the public around. And months of blockbuster hearings by three House committees run by three formidable chairmen — Jerry Nadler, Elijah Cummings, and Adam Schiff — are a way to go over what’s in the Mueller report. And build on it by exploring what’s not. Democrats also need to get Mueller to testify quickly. And Barr.

But Trump may be forcing their hand. His defiance of subpoenas and attempts to run out the clock by forcing the House to go to court to fulfill its constitutional responsibilities may leave Pelosi and the House Democrats no choice between impeachment and complete surrender.

Moving on, sort of…

TALKING POINTS MEMO Biden finally jumped into the race this week. I thought his announcement video was a powerful and clear statement of purpose, and of the stakes. But I agree with Josh Marshall: “He is at once an obvious choice and also unsuited to the moment in almost every way imaginable.” We shouldn’t underestimate his appeal. Or his ability to step on many rakes while campaigning. Biden also starts out with strong African-American thanks to his unwavering loyalty to the first black president — and to the pragmatism of African-American voters, especially African-American women voters.

THE WASHINGTON POST In a landmark 6-1 ruling, the Kansas Supreme Court ruled that the state’s constitution protects abortion rights. This story deserved more attention than it got. The Court blocked a state law restricting dilation and evacuation, a procedure used in 95 percent of second-trimester abortions, and declared that Kansans have a broad “right of personal autonomy” that includes the right “to control one’s own body, to assert bodily integrity, and to exercise self-determination.” This right, the Court held, “allows a woman to make her own decisions regarding her body, health, family formation and family life — decisions that can include whether to continue a pregnancy.” This decision could be a model to override restrictive laws in other states — and be a backstop against any decisions by the US Supreme Court limiting abortion rights.

By all indications, the Supreme Court is poised to let the Trump administration add a citizenship question to the 2020 census… Hispanics and immigrants will be undercounted, leading to overrepresentation in the House and state legislatures of disproportionately white and rural regions. The result will entrench Republican power into the 2030s, depriving Democrats of representation in Congress and state legislatures, as well as electoral votes. States with large immigrant communities will lose billions in federal funding. Ultimately, the citizenship question is not some wonky dispute about proper census protocol. It is a dispute over who counts in America.

By the way — how do Florida and Texas feel about this?

SLATE This article is also by Stern. In January Texas’ Secretary of State David Whitley alleged that 95,000 noncitizens were on the state’s voter rolls — and that 58,000 of them voted. Trump amplified his claim on Twitter. But, Stern writes:

On Friday, Whitley quietly promised to rescind his January advisory and halt Texas’ voter purge as part of a settlement with multiple voting rights groups. The factual basis of Paxton and Trump’s tweets has been not just undermined, but fully revoked. [The] settlement is a good reminder to be incredibly skeptical of government officials who make eye-popping claims of voter fraud and whose partisan interests are at stake. Over and over and over again, these claims are later proved to be extremely dubious — if not outright false.

THE WASHINGTON POST Voter turnout spiked to a 100-year high in last year’s midterms. Turnout rates jumped across nearly all groups, but the shift was especially notable among young adults who typically stay home in nonpresidential years. The Census found that 36  percent of citizens ages 18-29 reported voting, up 16 percentage points since 2014. Turnout also increased sharply among adults ages 30-44, up from 36 percent in 2014 to 49 percent in 2018. Hispanic and Asian citizens typically vote at far lower rates than whites and blacks, but both groups turned out in record midterm numbers in 2018. Hispanic turnout rose from 27  percent in 2014 to 40 percent, while Asian turnout increased from 27 percent to 41 percent.

THE NEW YORK TIMES This is great interview with Robert Caro, the master political biographer whose newest book, Working, his recollections of his legendary research and writing methods, was released earlier this month by Knopf. 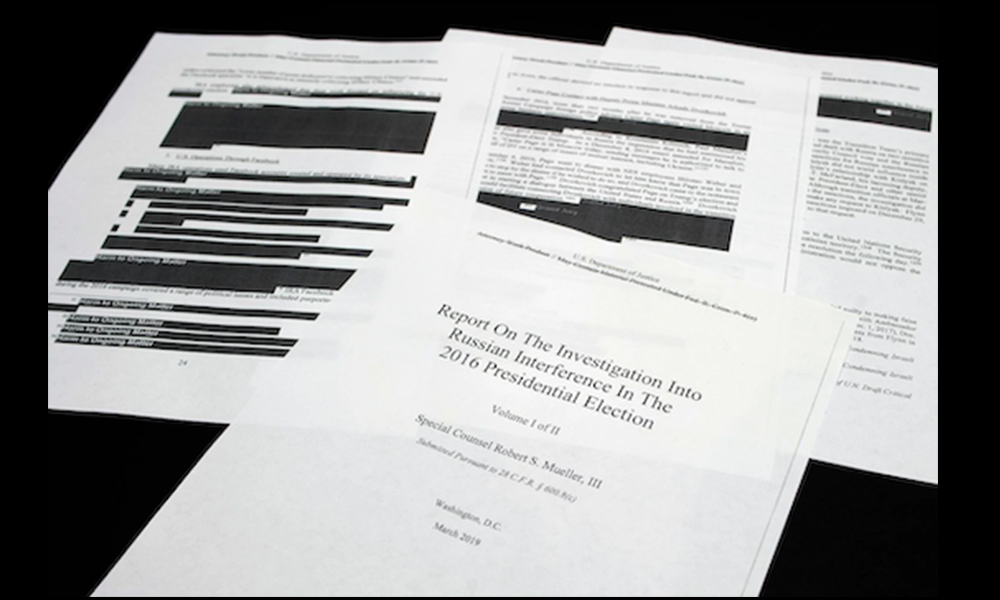