You might not have noticed, but zombie invasions hit both South Korea and Hong Kong this past summer.

Train to Busan – a film depicting a zombie apocalypse south of the 38th parallel – smashed box office records in South Korea, where it was made. More than 10 million South Koreans, a fifth of the country’s population, bought tickets to see it.

The film, the first live-action movie by renowned anime director Yeon Sang-ho, brings its own unique Korean twist to the genre.  It combines the usual movie tropes about armies of the undead with a “runaway train” disaster setting and a very heavy dollop of family melodrama – the staple of Korean soaps which have been popular across Asia – complete with tearjerker ending.

The appeal of the film to Korean audiences is readily apparent when viewed through the prism of the peninsula’s recent history. The disaster elements of the film will immediately recall tragic events for Korean viewers, including an arson attack in the Daegu subway in 2003, which killed almost 200 people, and the capsizing of a ferry in 2014, which led to the deaths of over 300 passengers, many of them schoolchildren. (Passengers on the Train to Busan include a high school baseball team.) The 2014 ferry disaster, as well as the Sampoong Department Store collapse back in 1995, were blamed partly on corporate greed, represented in Train to Busan by a besuited “boss” character whose selfish instinct for self-preservation comes at the expense of the lives of his fellow passengers.

What is more interesting to consider than its domestic success is why, outside of Korea, the film has seen particular success in Hong Kong.  It beat out competing Hollywood films on its opening weekend and quickly became the highest-grossing Korean film in Hong Kong box office history.  While it may not be immediately apparent why a zombie film should be more popular than a more obvious crowd-pleaser like the earlier breakout rom-com hit My Sassy Girl, I see numerous parallels between the Korean and Hong Kong psyches that might explain the appeal Train to Busan has for Hong Kong audiences.

One key theme of the film that will be as frustratingly familiar to audiences in Hong Kong as in Seoul is that of government obfuscation and deception.  The authorities in Train to Busan seek to hide the true nature and extent of the zombie infestation, which could remind Korean audiences of the slow and misleading government response to a real-life deadly disease outbreak in 2015 – when this happened with the Middle East Respiratory Syndrome – while conjuring up to Hong Kong viewers memories of the Severe Acute Respiratory Syndrome epidemic of 2003. In the face of government and media misinformation, the hero of Train to Busan, just like Koreans in 2015 and Hong Kongers in 2003, must rely upon information from friends and social media to piece together what is really going on.

Thinking about this issue in a more metaphoric vein, one can also see Hong Kongers as having another, more recent, example of being told to “trust the government” — and finding official information problematic. In the wake of 2014’s Umbrella Movement political protests seeking greater democracy in Hong Kong, the government embarked on a PR campaign to convince the populace of the desirability of Beijing’s alternative, limited, political reform package.  The official drive’s uninspiring slogan was “Pocket it first!” Hong Kongers were effectively told, “Trust the government, this political reform is good enough!” Some Hong Kongers, disproportionately members of the same young generation that makes up the majority of the audience at many showings of South Korean cinematic imports, were not convinced.

A further parallel between South Korea and Hong Kong would seem to lie at the level of subconscious anxieties: both places face an imminent and existential threat from north of their borders. In the case of South Korea, the continuing nuclear weapons tests by Pyongyang are a real and frightening reminder of the threat of literal destruction from the north. In Hong Kong, the threat is less literal, but no less deeply felt, again especially by some younger members of the populace. The anxiety at the incursion of the Mainland on Hong Kong’s “Core Values” of rights and freedoms, rule of law and clean and transparent government, has been exacerbated by recent events in Hong Kong: the abductions of Hong Kong booksellers, allegedly by Mainland agents; a proposed “Moral and National Education” civics curriculum (which many argued was akin to an attempt to “brainwash” Hong Kong’s youth and was tabled after a dramatic series of 2012 protests); allegations of undue influence on the city’s anti-corruption agency; and of course the continuing struggles with Beijing over political reform. For both Korean and Hong Kong societies, an apocalyptic zombie movie can be a mirror in which to see reflected these existential threats.

However, in Hong Kong the zombie takes on an additional significance that it does not have in Korea. Train to Busan launched in Hong Kong in the weeks leading up to the recent Legislative Council elections, the first elections for the city’s legislature since the Umbrella Movement. Viewers stepping into the cinema enjoyed a momentary break from the election campaigning blanketing the city, in which pro-Beijing parties, led by the Democratic Alliance for the Progress and Betterment of Hong Kong (or “DAB”) were in the midst of a bitter battle against not only their traditional foes, the pan-democrats, but also new challengers in the form of recently-established and largely youth-led “localist” parties, who argue for greater self-determination for Hong Kong. (Those arguing explicitly for independence were banned from running.)

The DAB’s modus operandi have long followed the playbook of Beijing’s United Front Work Department, seeking to co-opt the business community and other key interest groups with promises of positions in Hong Kong government agencies and Beijing consultative bodies and of course nebulous “business connections” in the Mainland. They regularly organize protests to counter anti-government demonstrations. Often lacking the colorful spontaneity of the anti-government groups, the well-coordinated pro-government protesters can be seen attired in matching “uniforms”, carrying identical placards and directed by megaphone-wielding minders. During election campaigns, the DAB’s key constituents are Hong Kong’s older voters. Pro-Beijing parties have even been caught bussing elderly voters in from nursing homes to polling stations and “instructing” them on how to vote. Ever since the genre’s inception by director George Romero in the Vietnam War era, zombie movies have been read as political allegories. In the political environment of post-Umbrella Movement Hong Kong, it is perhaps not too surprising that a film depicting legions of walking dead, an “enemy within”, might appeal to young Hong Kong moviegoers.

In the final result, the pro-Beijing establishment failed in their mission: six candidates linked to new parties, including former Umbrella Movement leader Nathan Law, won seats in the 70-member legislature, and overall the pro-Beijing parties lost three seats compared to the previous election in 2012. Perhaps, like a mid-movie vanquishing of a battalion of undead and seemingly invincible opponents, this will give Hong Kongers some hope that they can ultimately defeat zombie-like forces after all.

Antony Dapiran is a Hong Kong-based lawyer and writer. His City of Protest: A Recent History of Dissent in Hong Kong will be published by Penguin in 2017. 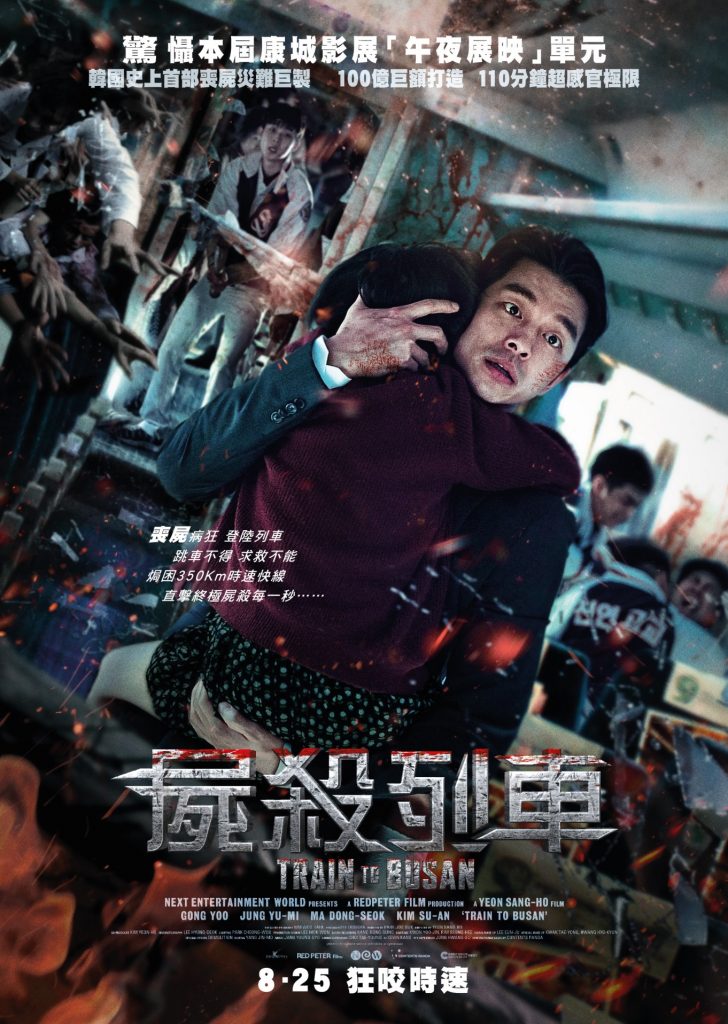