Yan Lianke is an award-winning fiction writer in China, and has also been recognized internationally with the Kafka Prize, which honors authors for a body of work. He occupies a curious position in Chinese letters — he is typically unable to publish on the mainland, yet holds a faculty post at a prestigious mainland university. He has also been an outspoken critic of the toll that both official censorship and self-censorship take on the country’s authors.

One of his best-known novels is Serve the People!, a satirical work also available in English in Julia Lovell’s lively translation. Another one of his novels, Lenin’s Kisses, describes an idyllic Brigadoon-like village whose inhabitants, each handicapped in some fashion, but living contentedly in a self-contained community spared the ravages of Chinese revolutionary history. They are soon swept up into the machinations of a scheming official. Perhaps his most ambitious novel to date is The Four Books, a searing look at China’s Great Leap Forward famine, just published in English. The recently released English language edition of The Four Books benefits from skillful translation work by Carlos Rojas, who also provides a useful introduction, reprising things he did for the English language edition of Lenin’s Kisses.

I caught up with Rojas, who in addition to his translation work has published on topics ranging from the cultural history of the Great Wall to the fiction of literary laureate Gao Xingjian:

JEFFREY WASSERSTROM: Let’s begin by talking about the two Yan Lianke novels you’ve translated, Lenin’s Kisses and The Four Books. Both are experimental in form and wide ranging works, but my sense reading both in English is that the latter probably presented bigger challenges to you as a translator. Is that right?

CARLOS ROJAS: Actually, from a translational perspective, Lenin’s Kisses was more challenging. Most of Yan Lianke’s works incorporate a certain amount of local Henan dialect, but in Lenin’s Kisses this constitutes a key element of the structure of the novel itself. Beginning with the work’s very first sentence, the novel includes countless footnotes explaining local words and phrases with which it is expected that the reader will be unfamiliar. The accompanying notes, meanwhile, include not only straightforward definitions but also frequently include lengthy discussions of character’s backgrounds and the history of village. One challenge, accordingly, was to come up with English words and phrases that would feature the same combination of familiarity and unfamiliarity as their dialectal equivalents in the Chinese.

The Four Books does present a similar set of challenges, however. For instance, one challenge was how to render the Biblical language that runs through the novel, and specifically how to retain the flavor of the Chinese-language version of this Biblical language in the original version of the novel. Another challenge involved negotiating the repeated shifts back and forth between the four manuscripts that comprise the novel, given that each manuscript is written in a distinct voice and plays a different role in the overall work.

In structural terms, both works are experimental in different ways. Lenin’s Kisses is more aggressively non-linear in its narrative structure, with the repeated jumps back and forth between the main narrative plane, and the lengthy endnotes, which often function as extended flashbacks where much of the narrative development takes place. The relationship between these interwoven narrative threads is rather complex, and it was an interesting challenge to make sure that all of the chronologies lined up correctly. In The Four Books, meanwhile, the narrative jumps back and forth between the three component manuscript texts, which are all truncated and composed for very different sets of objectives. But while it was somewhat tricky figuring out how to negotiate the relationship between these different fictional manuscripts, strict issues of chronology were not as much of a problem, since each of the four manuscripts proceeds more or less chronologically.

What is most distinctive to you about Yan as a writer, setting him apart from other Chinese authors you’ve analyzed or translated? And I guess linked to this, do you see Lenin’s Kisses and The Four Books as interrelated, broadly similar books, due to the gimlet-eyed view they both cast on the Maoist past, or very different, in that the former has more flat out farcical elements, while the latter takes bigger chances stylistically in weaving together four separate texts?

One of the things I like about Yan Lianke is that although there are a common set of concerns that run through all of his works (or at least his works since the mid-1990s), each of his novels tends to have a very distinct voice and narrative structure. While there are quite a few other contemporary Chinese authors who have been very experimental in their shorter works, many of them tend to adopt a more conventional narrative structure for their longer novels. In Yan Lianke’s novels, by contrast, structure consistently receives as much attention as content.

All of Yan’s works since the mid-1990s consistently engage with a set of sociopolitical issues relating to China during the Mao and post-Mao era, though often in very different ways. So, in this respect, I feel that all of his works from the past couple of decades are interrelated, and can be viewed along a continuum of literary expression. Part of the interest of his oeuvre, for me, is observing this negotiation between an attempt to explore a coherent set of concerns through an array of different works, and the ways in which artistic, political, and commercial factors have a differential impact on each individual work.

With respect to the specific comparison of Lenin’s Kisses and The Four Books, I think they both use a combination of realistic and fantastic elements to offer a commentary on contemporary Chinese society and recent Chinese society. The tone of The Four Books is somewhat darker than that of Lenin’s Kisses, but it too has its farcical moments. There is a cannibalistic theme that runs through both works — fairly literally in The Four Books, where the protagonist irrigates his crops with his own blood, and more metaphorically in Lenin’s Kisses, where the village of handicapped men and women are made to perform their disabilities for profit.

There has been a lot of discussion of censorship and Chinese publishing lately, both in general interest publications, including The New York Times, and in more specialized settings, such as on the Modern Chinese Literature and Culture list serve. Yan’s name sometimes comes up in these discussions, due to his unusual situation as a writer who has been unable to publish his recent works on the mainland and yet continues to live there and teach at a prominent institution. He’s also written powerfully about censorship and self-censorship. I’d like to invite you to jump into this ongoing discussion at any point. This could be to flag something particularly important that’s been said or written either by or about Yan, but could be something very different.

This is a long-standing issue, but the recent discussions you are referring to stems from a recent New Yorker article that quotes Eric Abrahamsen, a Beijing-based translator and editor, who is quoted as claiming that in contemporary China dissidents are jailed for their political activities, but not for their creative writing. In subsequent discussions on the academic list serve you mention, Abrahamsen explains that he feels that while “art may have political content, but it is not political speech,” and that “art falls apart for me the instant that the message (be that political, moral, religious, etc.) pokes through the artistic fabric of the piece itself.” He concedes that some jailed dissidents are in fact authors, but contends that their writing — from a purely literary perspective — is actually not very good, thereby further invalidating them as authors. (Abrahamsen was also subsequently invited to write an op-ed for The New York Times on this topic, which I have not yet had a chance to read since I am currently and China and do not have easy access to the Times and other censored websites.)

While I understand the general impulse that drives Abrahamsen’s intervention — namely, the fact that different types of public speech are handled very differently by the Chinese authorities — I think that the distinction he is trying to draw between literature and political speech is a deeply problematic one. To begin with, as Terry Eagleton argues in The Ideology of the Aesthetic, the very attempt to specify a discursive space as purely aesthetic and outside of ideology, is itself a deeply ideological (and, by extension, political) gesture. Furthermore, none of the authors and public figures under consideration engages in only a single kind of discourse, but rather they each express themselves in a variety of different ways, some of which may be perceived as more literary or political than others. So, to identify one subset of authors as being situated within the literary arena and another as being situated within the political arena is a radical oversimplification, even if the distinction between politics and pure art were a sustainable one in the first place.

Yan Lianke is distinguished, I think, by a determination to try to work within the mainland Chinese system, while at the same time having an aesthetic and political perspective that is not always welcome by the Chinese authorities (or by the Chinese publishing industry, which often preemptively anticipates how something might be received by the authorities). He is also, I think, quite willing to speak his mind on a wide variety of topics, and has a deep commitment to the social and aesthetic issues that he interrogates in his writings.

Finally, anything you are working on now, as a translator or as an author, that you are particularly excited about?

I am currently translating new novels by Yan Lianke and Jia Pingwa, and just completed a book-length collection of short stories of short stories by the Malaysian Chinese author Ng Kim Chew, which will be published by Columbia UP early next year. Ng’s stories are crazily imaginative explorations of issues of displacement and diaspora, and specifically the interwoven social, cultural, and political conditions that inform the status of Malaysia’s Chinese community. His stories are also very political in their own way, carefully exploring the contemporary legacies of the Malayan Communist Party and other mid-century developments. I have two co-edited volumes that will appear next year, including an Oxford Handbook of Modern Chinese Literatures, which includes 44 essays exploring a variety of different interpretative methodologies and taxonomical considerations (including one chapter by Yan Lianke himself, on state censorship). Finally, my new book, Homesickness, on the use of discourses of disease as a sociopolitical metaphor across the Chinese long 20th century, came out earlier this year. I’m currently working on two new monographs: one on thematics of time and temporality in modern Chinese cultural production, and the other on the contemporary Hong Kong director Fruit Chan. 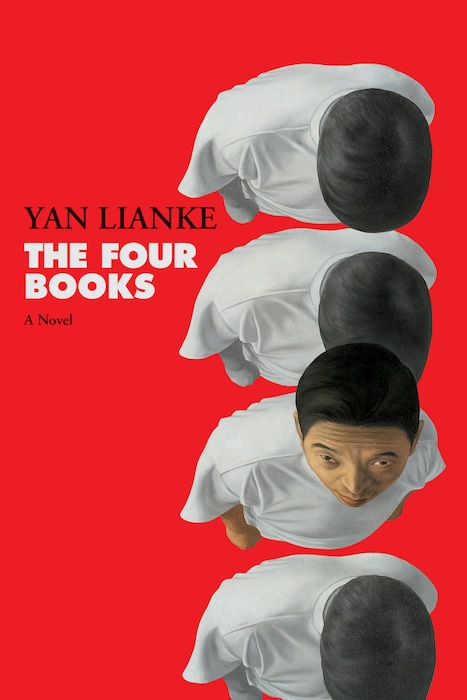