The more that I heard about the Hong Kong independent film Ten Years during the first months of this year, the more certain I became that I would need to see it. The film was made on a tiny budget, not just a single movie, but five films-within-a-film, each by a different director, offering a multi-sided dystopian take on what Hong Kong would or at least might be like a decade from now. Mainland censors were so worried that Ten Years would win a prize at the Hong Kong film awards — as indeed it did — that they decided to prevent the ceremony from being streamed into the mainland. And I learned that there were vignettes in the film that touched on the history of Hong Kong social movements, as well as brought in tactics associated with protest in other parts of the People’s Republic of China.

As someone who has been concerned with censorship and demonstrations throughout his career, who has often written about dystopian works (albeit more often novels than films), and who has written several pieces in recent years on inspiring and distressing Hong Kong events, how could I resist feeling duty-bound to see this?

I worried, though, that dutiful would be precisely the word for what I might feel while watching Ten Years. When I see a film, I like it to appeal to the cinema lover as well as the scholar in me, and I wasn’t sure this one would do both. So, once I got a copy of the film loaded onto my computer, I found it hard to work up the enthusiasm to actually start playing it, fearing that seeing it would not just be depressing but would seem like a chore. Thankfully, though, I was ultimately proved wrong.

This didn’t happen immediately. The first two section of the film, while having their merits, both felt a bit didactic. The opening segment, about an orchestrated act of violence designed to allow stringent security measures to be introduced, was well done but predictable. The second part, meanwhile, which offered a more surreal look at the disappearance of local culture, felt too self-consciously symbol-laden.

Then, though, the third segment began and I was won over completely. It focuses on the tribulations of a Cantonese-speaking taxi driver in a Mandarin-dominated Hong Kong to come, in which mastery of the language of power separates haves from have-nots as clearly as ethnicity and race can in other sorts of colonial or quasi-colonial settings. Bullied and finding it increasingly difficult to ply his trade, the lead character becomes a kind of 21st-century counterpart to the rickshaw puller in Lao She’s classic Camel Xiangzi. But the director steers clear of didacticism, skillfully using nice touches of intergenerational drama (youth are shown having none of the trouble switching into Mandarin that plagues their elders) and sly bits of dark humor (for example, when the driver’s GPS stubbornly refuses to recognize the addresses he gives it, due to his accent and use of the local patois) to keep us engaged with the story and caring about the character.

I made it through the first three segments on an early May domestic plane flight, but only watched the rest of Ten Years very recently. This was because, though I had initially planned to finish it the day after I had watched the first parts, I got an email from a friend right as I landed, in which she told me that there would be a fundraising screening of the film in London late in May when we would both be in the city, and suggesting we go to that. I liked the idea of watching the rest of the film, which has not been released widely yet, on a big screen, so decided to wait to see whether the fourth and fifth parts were more like the first and second segment or the more engaging third one.

As it turned out, the London screening was cancelled, and due to how filled my time in England was with events and research, I didn’t get around to seeing those last two segments until my plane ride back to California. This timing, as it turned out, was eerily appropriate. I left England on June 3 and began watching the final parts of Ten Years right around the point, Beijing time, when June 4, the date associated with the 1989 massacre, was beginning, and each of the last two parts provided appropriate food for thought during the passing of this highly charged anniversary.

The fourth segment, the most discussed and most controversial part of the film, deals with an act of self-immolation, suggesting that Hong Kong’s predicament may become more and more like that of Tibet. One thing that activists in this segment set in the middle of the next decade ponder when discussing self-immolation is whether previous Hong Kong struggles, such as those of these last few years, would have somehow been more effective and powerful if one or more participants in them had died.

The final segment, another very effective one, also made appropriate June 4th viewing, but it would have been even more apt to have seen it a couple of weeks earlier. This is because it includes youth brigades who bear a strong resemblance to the Red Guards of the Cultural Revolution, an event whose fiftieth anniversary was marked in mid-May. The difference between the youthful militants of this imagined future as opposed to the Red Guards of history is that, while the latter directed their iconoclastic energy not at things dubbed “bourgeois” or “feudal,” the former are shown lashing out against all that is seen as dangerously “local,” with a seller of carefully grown and healthful “local eggs” becoming a particular target of abuse.

I wasn’t quite sure what to make of the centrality of eggs in this segment until, after landing, I did some additional reading around about the film on the web and came to a smart review of it that Maggie Lee wrote for Variety. The “short’s egg motif,” she claims, “pays homage to Haruki Murakami’s manifesto about the egg that breaks against the high wall — a metaphor for the individual’s clash with the system.” Lee’s interpretation is open to debate, of course, but it struck me immediately as compelling, in part because in early June, I always think of a man standing his ground before a line of tanks, and Murakami’s line — “Between a high solid wall and an egg that breaks against it, I will always stand on the side of the egg” — captures so evocatively one reason that this Tiananmen image remains so enduringly powerful. 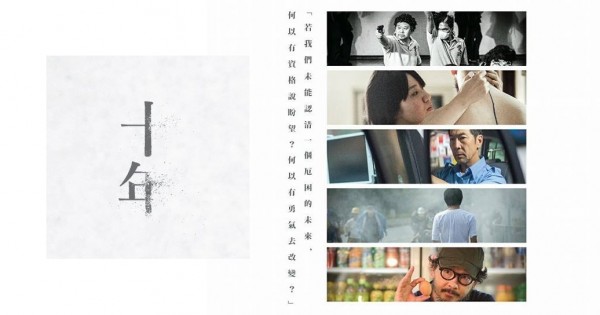