Zhou Enlai remains one of the most enigmatic figures in modern Chinese history. For nearly five decades, he served the Communist Party and the People’s Republic of China. He was the original technocrat, orchestrating foreign policy and stabilizing domestic politics in an era of campaigns and the chaotic whims of Mao Zedong.

He might also have been gay. At least so claims Hong Kong journalist Tsoi Wing-Mui in her new book, The Secret Emotional Life of Zhou Enlai (Zhou Enlai de mimi qinggan shijie).

The retroactive outing of somebody of Zhou’s stature is sure to court controversy, and this could well have made Ms. Tsoi’s book the most buzzed about title on the private life of a Chinese leader in years — had it not appeared around the same time that Hong Kong booksellers associated with salacious works on Xi Jinping and Peng Liyuan’s behind-closed-doors activities began mysteriously disappearing.

Homosexuality was illegal in the PRC until 1997. Before then, men who had sex with other men risked the charge of “hooliganism.” And it was only in 2001 that the Chinese Psychiatry Association removed homosexuality from its list of mental disorders. While social mores are changing, especially in China’s cities, it is still far from unusual to encounter members of the older generation who believe that homosexuality is a foreign vice, an unfortunate by-product of China’s opening to the outside world.

An admittedly unscientific poll in my neighborhood park resulted in several mocking dismissals of any notion that Zhou Enlai might have been gay, plus one stern lecture regarding foreign slanders of China’s leadership.

Ms. Tsoi is not the first to raise questions about the nature of the fifty-plus-year relationship between Zhou Enlai and his wife, Deng Yingchao, for their marriage has previously been the subject of whispers and speculation. The pair famously never had any children, and Zhou’s courtship of Deng — he proposed with a postcard after having not seen her in over five years — was singularly unromantic.

Ms. Tsoi claims, however, that there is textual evidence — in the form of Zhou’s diary — to support her claim that his deepest love was for a member of his own sex, and that he was generally more attracted to men than women.

That diary, written in 1918 when Zhou Enlai was a 20-year-old student in Japan, contains numerous passages that suggest that the relationship between Zhou and some of his classmates was less than platonic.

In the very first entry, dated January 1, 1918, Zhou wrote: “For the first time in my life, I am immersed in this word ‘love,’ as to the heart of the passion […]” The last line is then blurred with a thick brush stroke across the page.

There is always interest in the sexual lives of famous historical figures, even more so when that sexual life runs counter to popular perception or official history. From Alexander the Great to Abraham Lincoln and Eleanor Roosevelt, history’s alleged closet would seem to be a crowded space.

Richard Burger, whose own research into the subject led to the 2012 book Behind the Red Door: Sex in China, knows the pitfalls well. “It is tempting to project our contemporary attitudes about homosexuality onto men in China who enjoyed sex with other men,” says Burger, whom I interviewed by email. “But it is important to understand that these men did not identify as gay. They were family men who enjoyed having sex with boys, who under the Qing were commonly referred to as ‘song boys’ (they often read poetry, danced and sang songs for their patrons).”

Many studies of homosexuality in Chinese literature or history have relied on texts, poetry, and letters, which require close reading and are open to considerable interpretation. The relative absence of gender signifiers in classical Chinese language adds to this challenge. Bret Hinsch’s 1992 Passions of the Cut Sleeve: The Male Homosexual Tradition in China is a well-known example of the limitations inherent in this approach. While homosexuality was known to have been commonly practiced in China, in a variety of forms, into the modern period, evidence for specific individuals or circumstances can be frustratingly vague.

For example, an entry in Zhou’s 1918 diary includes this passage:

In these months, the moon or the morning breeze, the rain against my window, and flowers; all make me long for my family, and thinking of my brother Hui, I suffer terribly!

Ms. Tsoi argues that the object of Zhou’s passionate sentiment (“Brother Hui”) was a younger classmate named Li Fujing, who had moved to Hong Kong during Zhou’s time in Japan. But while the passage clearly shows Zhou’s emotional attachment to Li, it doesn’t say very much about the nature of their relationship.

In an American Historical Review (December 2000) essay on “The Male Bond in Chinese History and Culture,” historian Susan Mann argued that patterns of education and career advancement ensured that men spent the better part of their working and social lives interacting almost exclusively with other men.

Many male relationships were homosocial — the strongest emotional bonds felt by the individual were toward someone of the same gender — but not necessarily sexual. One imagines a continuum from non-sexual emotional attachment to sexual and romantic attachment. This continuum might also include cultural practices such as the “gifting” of concubines or, as is sometimes still the case today, sexual expression in a group setting as described by author James Palmer in his 2015 ChinaFile article “The Bro Code: Booze, Sex, and the Dark Art of Dealmaking in China”:

Perhaps that’s why some bosses demand a more public performance. The ultimate are what participants describe as frequent forays into group sex, often with more male than female participants. Sharing women appears to bring men closer to each other, in a perversely familial fashion. As one northeastern saying goes, “Once two men share a woman, they’re brothers.”

These wildly disparate examples of male bonding suggest why it can be difficult to find the kind of definitive evidence necessary to out a historical figure who, by all other accounts, presented as straight.

Even the tepid nature of Zhou Enlai’s married life is in danger of being misread. Many descriptions of Zhou borrow heavily from Confucian tropes: he was devoted to his work. He was a loyal official. He was upright in his personal life. In this way, Zhou’s lack of an overt romantic or sexual life contrasts favorably with the notoriously libertine Mao. In the male world of Confucian (and later revolutionary) officialdom, excessive interest in women could be construed as a weakness.

This conflation of devotion to duty with resistance to feelings of romantic or sexual attraction to women could, in some cases, tip over into open misogyny. One of the unfortunate tropes that surround women who get too close to power in China is that these women have an over-developed desire for sex, particularly transgressive sex. The most recent example is Gu Kailai, the imprisoned wife of deposed Chongqing Party Secretary Bo Xilai, who was accused of orchestrating the murder of her foreign lover in 2011.

In this way, hagiographic depictions of Zhou that borrow from the tradition of the official unsullied by preoccupations of romance and sex can be read, in another context, as Zhou Enlai living an uncomfortable life as a closeted gay man prohibited from the open expression of his true sexuality.

This critique is not to detract from the intention of Ms. Tsoi’s project. The absence of evidence is not evidence of absence. Just as researchers need to take care not to impose contemporary understandings of gay-ness back into history, it’s equally important not to assume heterosexuality as a historical norm. The onus is on Ms. Tsoi to refute a relatively large body of textual and other evidence, including what we know of how Zhou Enlai presented his own sexuality. But wishing for more evidence to support Ms. Tsoi’s claim that Zhou Enlai was gay is not the same as wanting to suppress that evidence or a desire for additional credentials to boost Zhou’s “straightness.”

According to Richard Burger, “If Zhou was indeed gay he must have been careful to leave no trace of it, and documenting such a thesis would be extremely difficult. Homosexuality was such a taboo under Mao (and continued to be until the 1990s), it would be unthinkable for Zhou to have left any evidence that would have incriminated him as being gay.”

Unfortunately, while Tsoi’s is a much more carefully researched work than some of the most titillating recent books about Xi and Peng, such as one that claims to reconstruct the night the latter lost her virginity, the evidence presented on Zhou’s romantic inclinations is still too flimsy to be conclusive. The emotional life of one of China’s most respected leaders, like many aspects of just how the five Hong Kong booksellers ended up in custody on the mainland, remains a mystery. 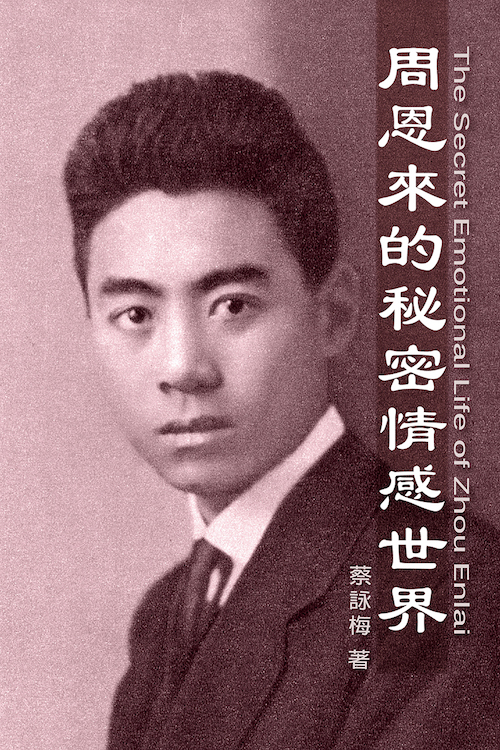