Shannon Young doesn’t content herself to work in only one genre. I first came across her name last year when reading the personal-finance website, The Billfold, where she wrote about paying off nearly $80,000 of student debt in under five years (Young recounts a longer version of the story in her ebook, Pay Off). Not long after, I downloaded How Does One Dress to Buy Dragonfruit? True Stories of Expat Women in Asia  and realized that the same Shannon Young had edited the excellent collection of essays. Checking out Young’s website, I saw that she had also written short fiction about Hong Kong as well as a travel memoir about her trip to the 2008 Beijing Olympics. But if none of the above titles pique your interest, perhaps you’d prefer a post-apocalyptic adventure story? Young can deliver that too: she’s currently publishing a trilogy called The Seabound Chronicles under the pen name Jordan Rivet.

Young, however, didn’t originally plan to spend her life writing; she wanted to be an editor. But after graduating from college in 2009, she found many of her plans upended. Publishing jobs were nearly impossible to find in the midst of the economic downturn, her student loans were looming, and she had fallen in love with Ben, a Hong Kong native whom Young had met while on a semester abroad in London. Asia offered the chance for both economic security and personal happiness, so Young packed up and moved to Hong Kong — only to see Ben suddenly transferred to London a month after her arrival. In a new memoir, Year of Fire Dragons: An American Woman’s Story of Coming of Age in Hong Kong, Young recounts the ups and downs of her first twelve months in Hong Kong as she grappled with a life totally different from the one she had planned.

After reading Year of Fire Dragons, I interviewed Young by email, eager to hear more about her work and her experience as an expatriate woman in Asia.

MAURA ELIZABETH CUNNINGHAM: I saw in one blog post you wrote that the working title for your memoir was Hong Kong Limbo. Why did that seem like a good title for a time, and what ultimately led you to change it?

SHANNON YOUNG: When I started writing this memoir, I didn’t know whether I’d be leaving Hong Kong at the end of the year or whether the central relationship in the story — and in my life — would work out. Limbo felt like an apt description. That year I learned a lot about living with uncertainty, something that was tricky for me because I always prefer to have a plan. When I signed my book deal, the publisher suggested that we go with a different title. We brainstormed together and decided Year of Fire Dragons more accurately reflected the sense of wonder that ultimately resulted from my experiences. In hindsight, it fits with the finished book much better than the working title I chose while living in the tension of that year.

You spent a lot of time (and money!) educating and preparing yourself for a career in New York’s publishing industry, only to end up a writer in Hong Kong. What’s the Hong Kong literary scene like? Who are some of your favorite local authors?

The literary scene is much smaller in Hong Kong, especially for those of us writing in English, but it’s also quite friendly. It’s easier to meet and get to know people working in all aspects of the industry than it would be in New York or London. Even though I’m a relatively new author, I’ve had the chance to speak at the Hong Kong International Literary Festival and compete in Literary Death Match, which I may not have been able to do in New York at this early stage in my career. Some of my favorite local authors are Nury Vittachi, Jason Y. Ng, and Xu Xi. All three support the local literary scene in various ways, and they are genuinely willing to encourage and advise their fellow authors.

In addition to your own memoir, you’ve also edited a collection of writing by other female expats in Asia. How did you come up with the idea for How Does One Dress to Buy Dragonfruit?, and what do you hope to accomplish with the book?

Credit for that idea actually goes to Xu Xi, who suggested it to Marshall Moore at Signal 8 Press, where I had been getting some work experience. The topic was in line with my own writing and interests, so I jumped at the chance to edit the collection. The book gives a voice to the expat women who are often labeled as trailing spouses and dismissed. In fact, many of the women who move to Asia come by themselves for a multitude of reasons, and those who do accompany a spouse have experiences and challenges that are more nuanced than people realize. The collection includes expatriates from other Asian countries (a woman from the Philippines living in South Korea, for example) and members of the Asian Diaspora who identify as expats even though they look just like the people around them (such as a Chinese American woman living in China). The collection is a snapshot of the modern expatriate experience for women and demonstrates the vast diversity of challenges they face. I hope it also encourages those who are embarking on a life abroad.

Finally, if someone were traveling to Hong Kong for the first time and wanted some book recommendations from you, what would you suggest they read?

Martin Booth’s memoir of his childhood in Hong Kong is a great introduction to the city. It’s published under the name Golden Boy in the U.S. and Gweilo in Hong Kong and the UK. It gives a sense of the mystery and beauty of Hong Kong’s streets. For a more in-depth understanding of the city, I recommend Jason Y. Ng’s newest book of essays called No City for Slow Men. He’s a local who has also lived abroad for many years, so he offers a helpful “insider’s outsider” perspective for a newcomer. (For an “outsider’s outsider” perspective, visitors might enjoy Year of Fire Dragons.) And for those who prefer to get to know new cities through fiction, I recommend The Piano Teacher by Janice Y. K. Lee or the classic World of Suzy Wong by Richard Mason. 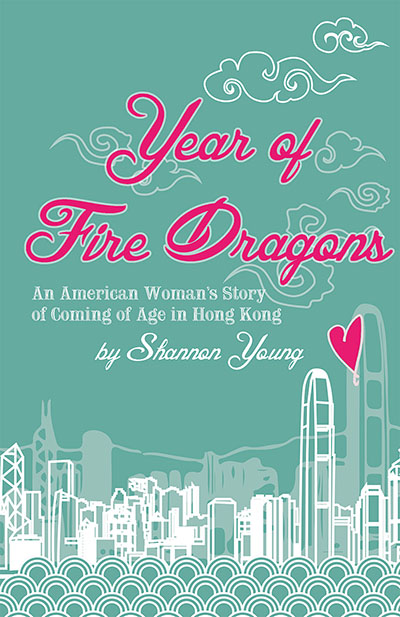